“Mehndi”drew on the hand of a Kenya boy by a Bangladesh girl was a symbol of blessing and decoration. The decorative pattern was quite beautiful. The Kenya student felt exciting when decorated with“Mehndi”.

Kenya, one of the eastern country of Africa, is a nation with the affection of dancing which is one of the most ancient arts. We met them dancing before their booth. They told us that as they were the first to dance on the performance in the afternoon so they were preparing for it. The crowd gathered, taking photos, and enjoying their wonderful dance. They also told us dancing was “the first” in their country. “Dancing brings us energy, confidence and fulfillment,” they said. 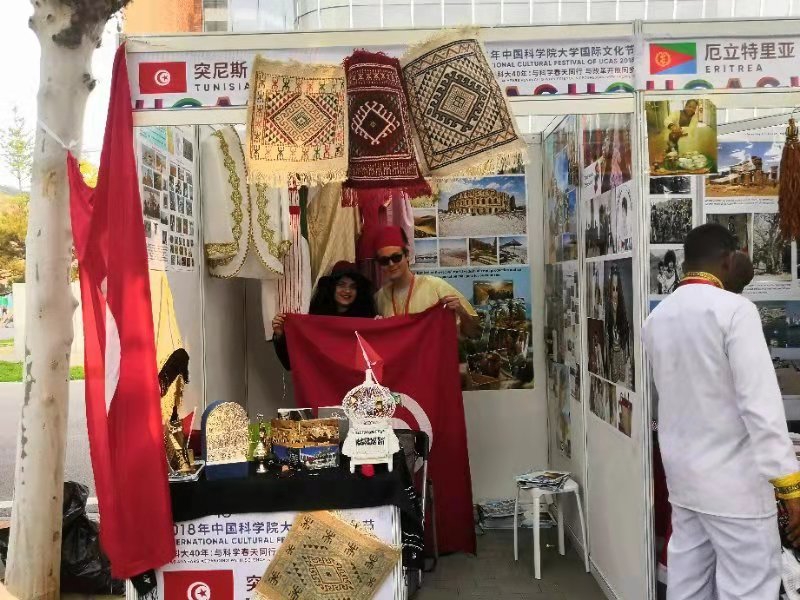 The carpets of Tunisia with colorful embroidery showed in the Tunisian exhibition booth, two foreign students were raising up their national flag proudly. 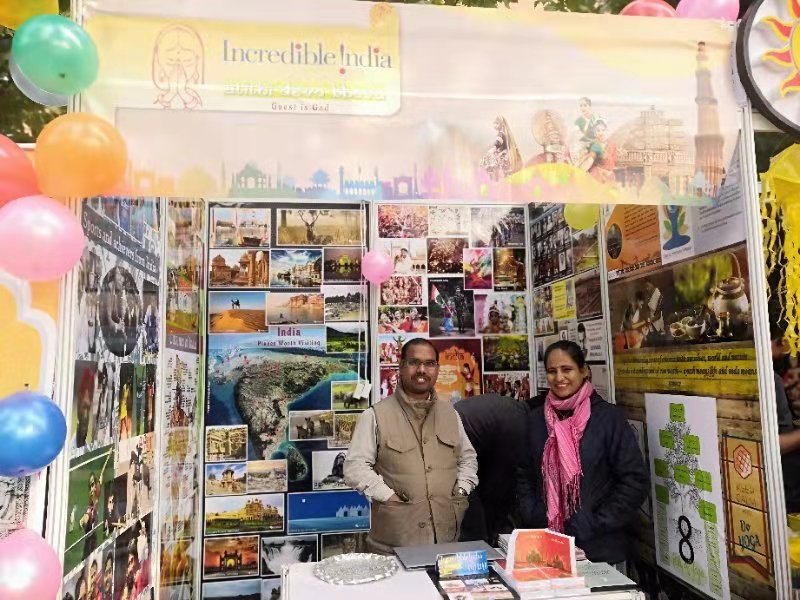 India exhibited different pictures of national landscape, sports, famous places of interest many-sided. The Indian student said, “What we have got are not only temples, temples and temples, we’ve got tremendous and amazing national views as well.”

Eritrea is a country in the Horn of Africa, the northeastern and eastern parts of which have an extensive coastline along the Red Sea.A student from Eritrea introduced the special snacks and women’s hats for decorationof their country.The snacks are much like the roasted seeds and nuts in China. 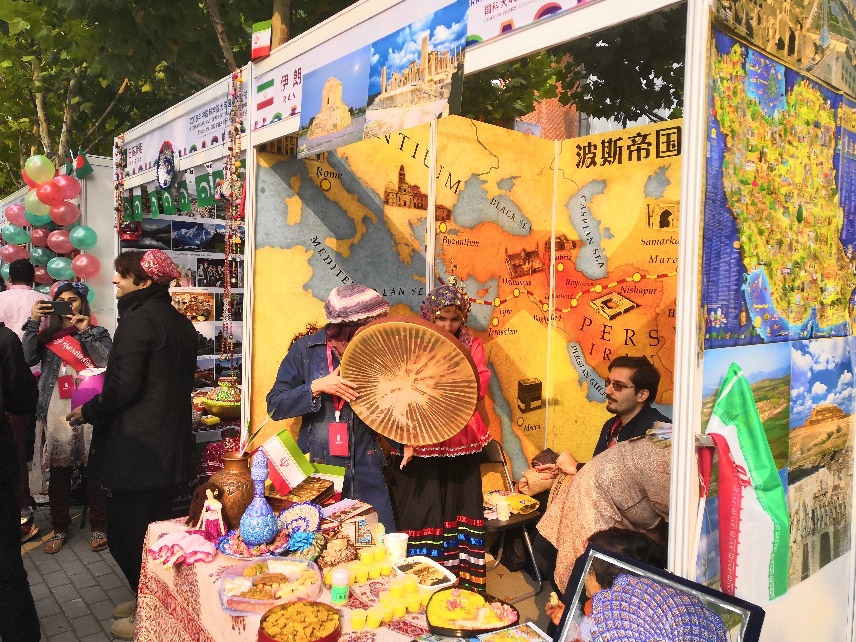 The Iranian booth displayed with all sorts of handicrafts and snacks, and they told us that“Our nation was Persian Empire once in 550 BC covered vast land.”The wallpaper showed the map of Persian Empire. 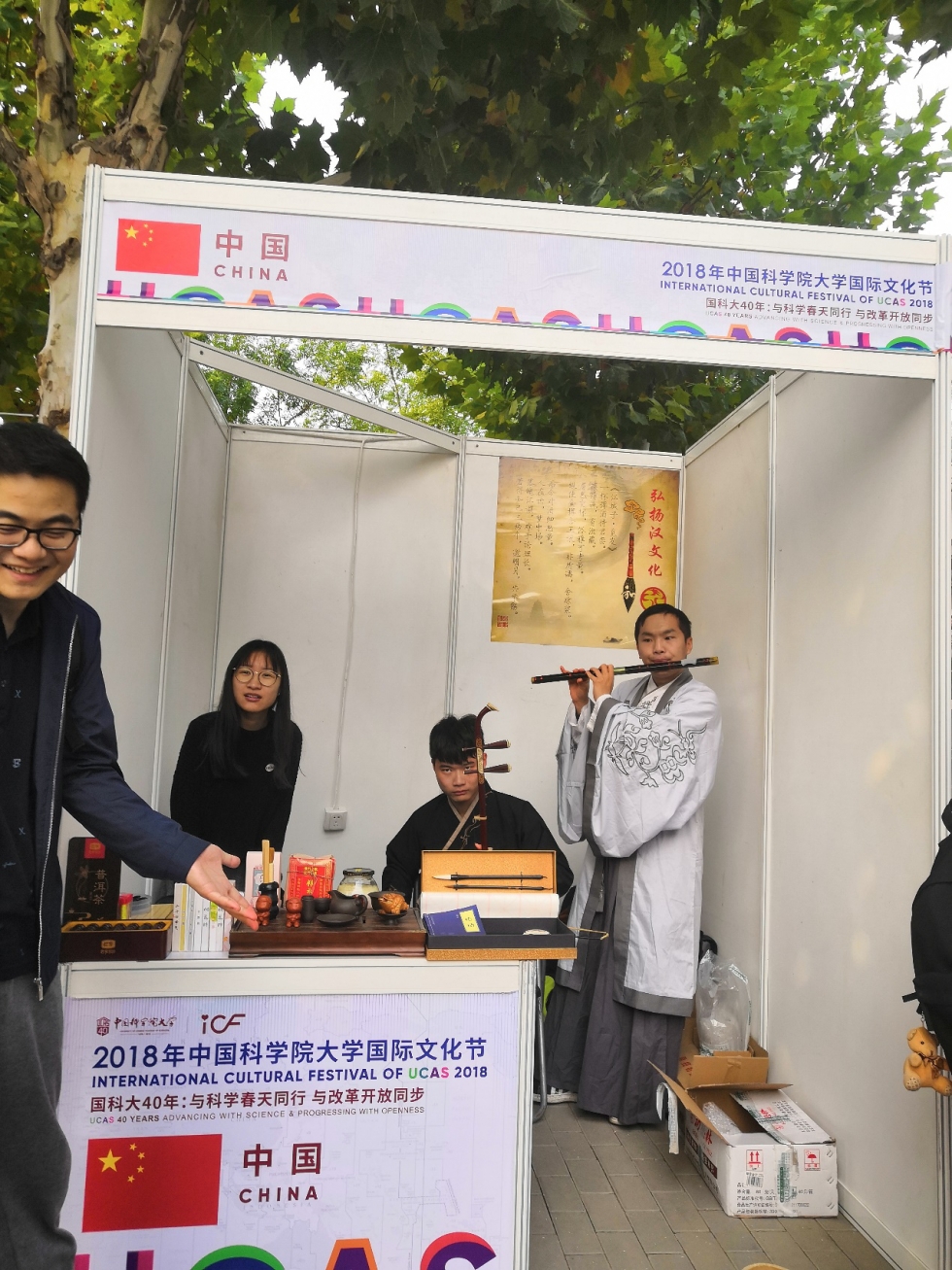 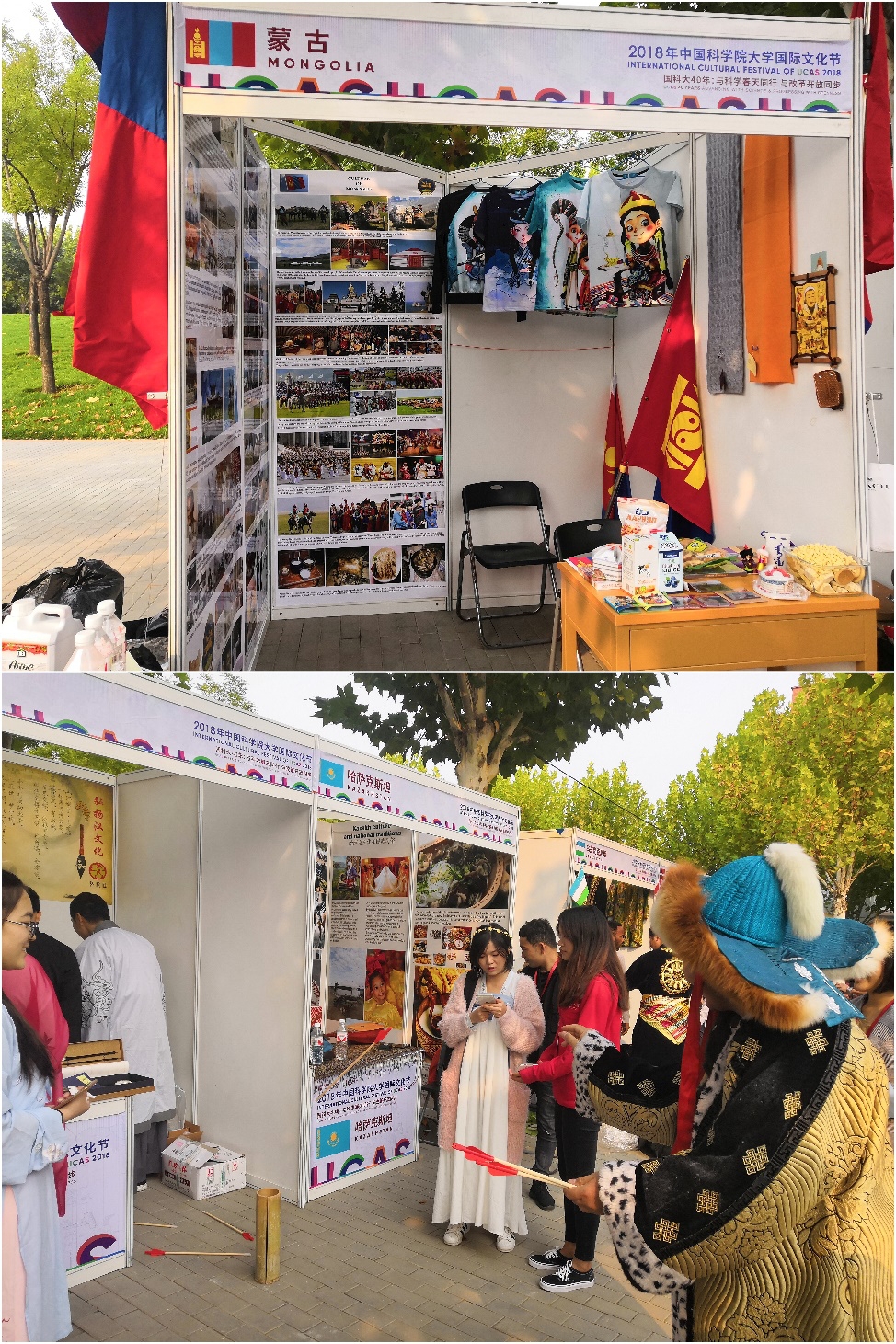 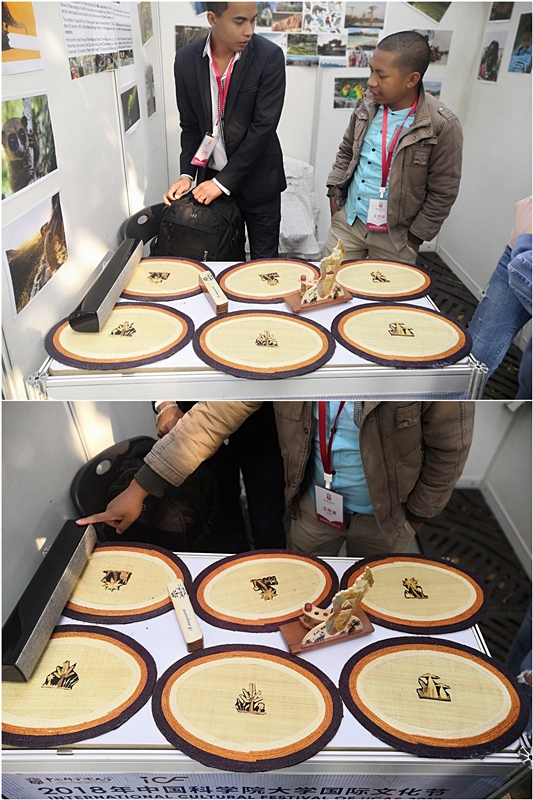 Table mats made by special plant from Madagascar (There are a wide array of trees and plants in Madagascar. ) 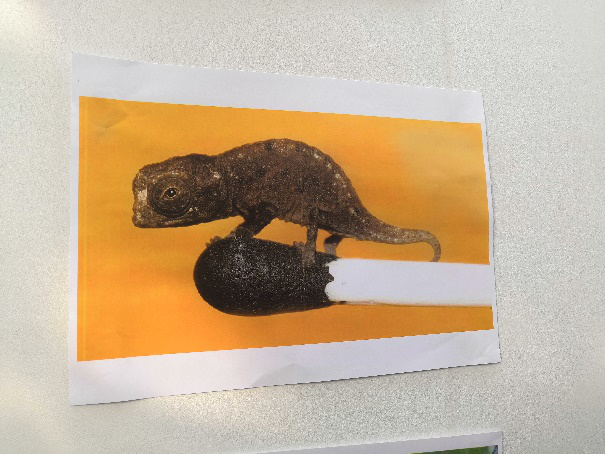 A cute chameleon-like creature from Madagascar 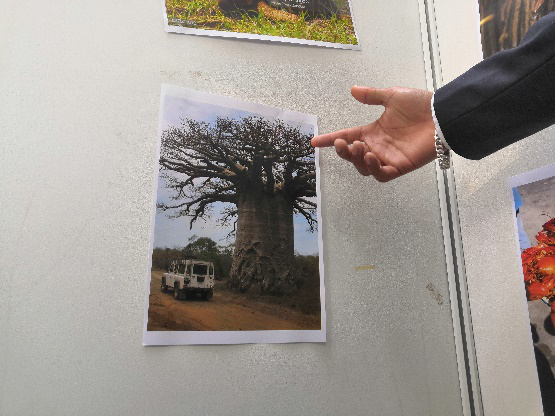 The cultural exhibition booths of 24 countries have fully exhibited distinguished characters of each country, appealing people’s enthusiasm, responding the idea of One Belt and One Road that enhances the harmonization of multi-culture.