A Talk with UCAS Alumni: The Old Days in UCAS

On September 14, 2018, University of Chinese Academy of Sciences (UCAS) celebrated her 40th birthday. At the anniversary ceremony, we met many excellent alumni. We collected their stories in UCAS, aiming to know more about the old days in UCAS.

He Jiasong: It was priceless to have an opportunity to study

At the 40th Anniversary Celebration of University of Chinese Academy of Sciences, we met a senior couple. In their eyes, they told us, the university has changed a lot. Forty years ago - on October 14, 1978, the first opening ceremony of graduate students ofUCAS was held in Beijing. HE Jiasong, a graduate student from the Institute of Chemistry, CAS, was one of the 883 graduate students who attended the ceremony. Looking back to the old days, his preparation,registration, and admission, are still vivid in HE’s memory.

"When I was preparing for the exam, I could study only at night because I have to work in the factory during the day." Study was a tough work at that time, but he didn’t giving up. As a result, he was really happy about being admitted, not only for his personal achievements, but also for his possible contributions to the country.

In the first school year, there was no teaching building for students. Therefore, they studied in a  humble classroom rented from Beijing Forestry university. However, the students cherished theopportunity to study, so was HE. As a result, HE spent almost all of his time studying and doing research.

"I married scientific research." He said to his wife, an optimistic and kind lady.

"Well, then I'll be your nanny and take care of both of you." 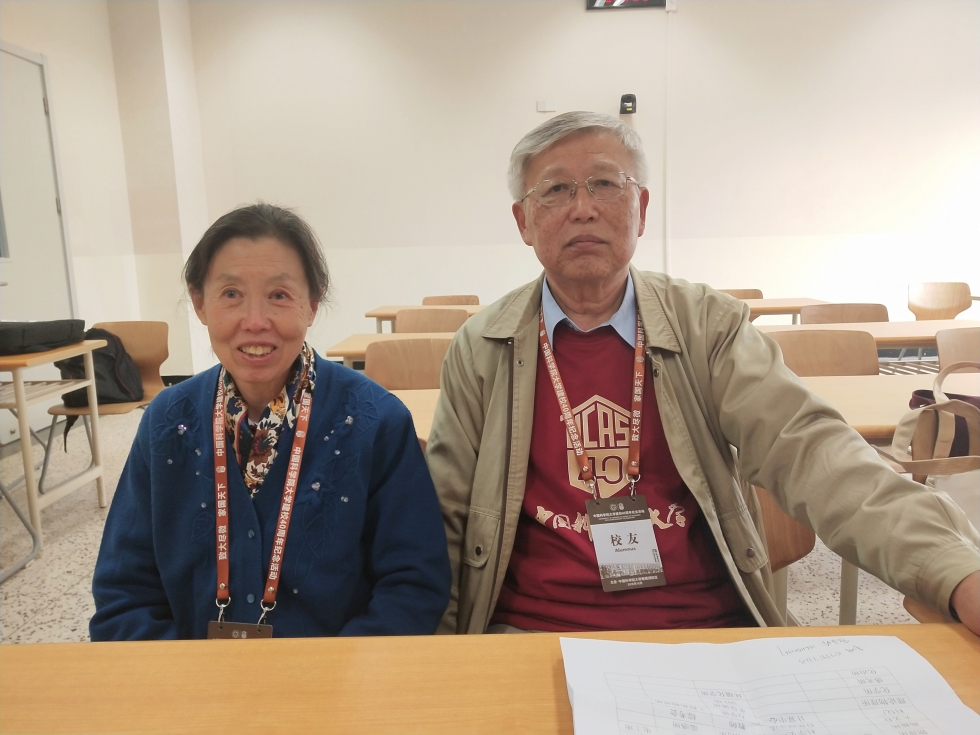 CHEN Liang & WU Xuwen: We thought UCAS was perfect, but she grows better

We also met young alumni at the ceremony. Among them are the handsome boys, CHEN Lisnag and WU Xuwen. Chen Liang, a graduate student of Wuhan Institute of Virology in 2006, along with his then roommate Wu Xuwen, attended the meeting suit and leather. When asked about what impressed them most, they shared their campus life, saying that they were happy at that time despite the heavy schoolwork since there were many friends shared the same interests. So we students should cherish people around us. Mr. Chen also mentioned the various extracurricular activities in the UCAS and he had audited classes about appreciating western movies for over two months before school started. As a alumni in Macau, Mr. Wu indicated that it was the advanced scientific research equipment and strong faculties that attracted him to cover the long distance.

“I will always be grateful to the UCAS.” said Mr. Wu.