Displaying Incredible India at UCAS on its 40 years Anniversary

2018 International Cultural Festival (ICF) of University of Chinese Academy of Sciences (UCAS) was held at Yanqihu campus of UCAS on 14th October. The event was organized to celebrateUCAS’s 40th anniversary with a theme of “UCAS 40 Years: Advancing with science and progressing with openness”. The ICF activities were divided into two parts, an cultural exhibition from 24 Counrtries and a stage performance from 15 countries. Indian students and researchers of UCAS joined hands and came together to show case a grand exhibition and highlightsof ‘Incredible India’ at the event. 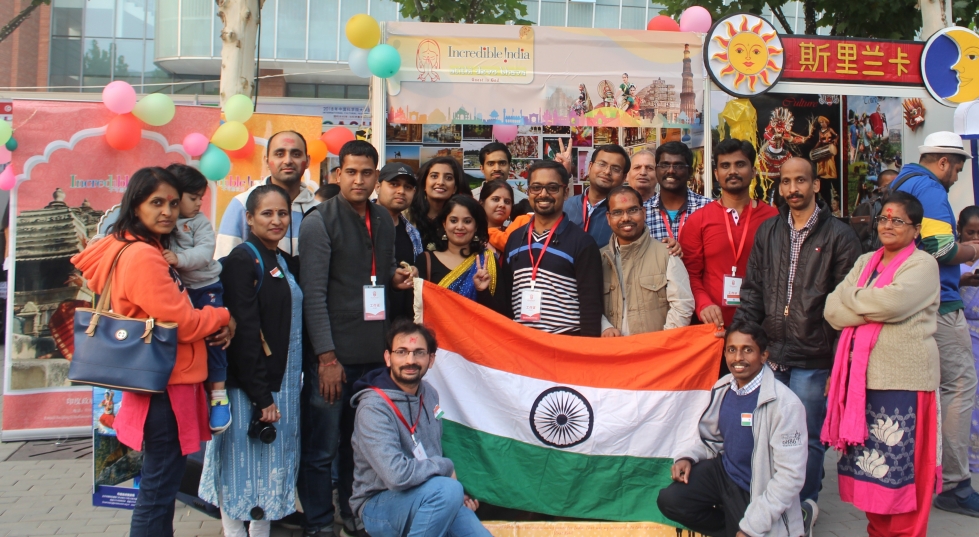 Our exhibition hall at UCAS provided an experience of ‘Incredible India’ to the visitors not only to Chinese students but also to foreign students from at least 25 nationalities. Major attraction of the exhibition booth was the well-structured posters covering various topics such as places worth visiting in India, cultural festivals and artistic performances, yoga and Ayurveda, Sports achievers, cuisines, scientific and technological contributions from India. 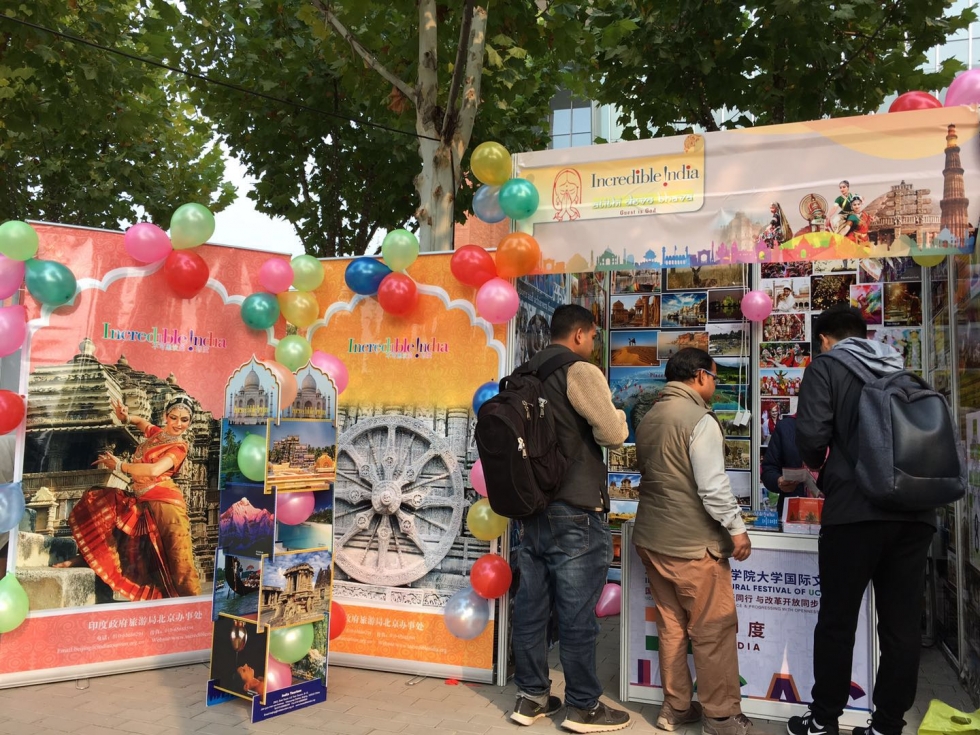 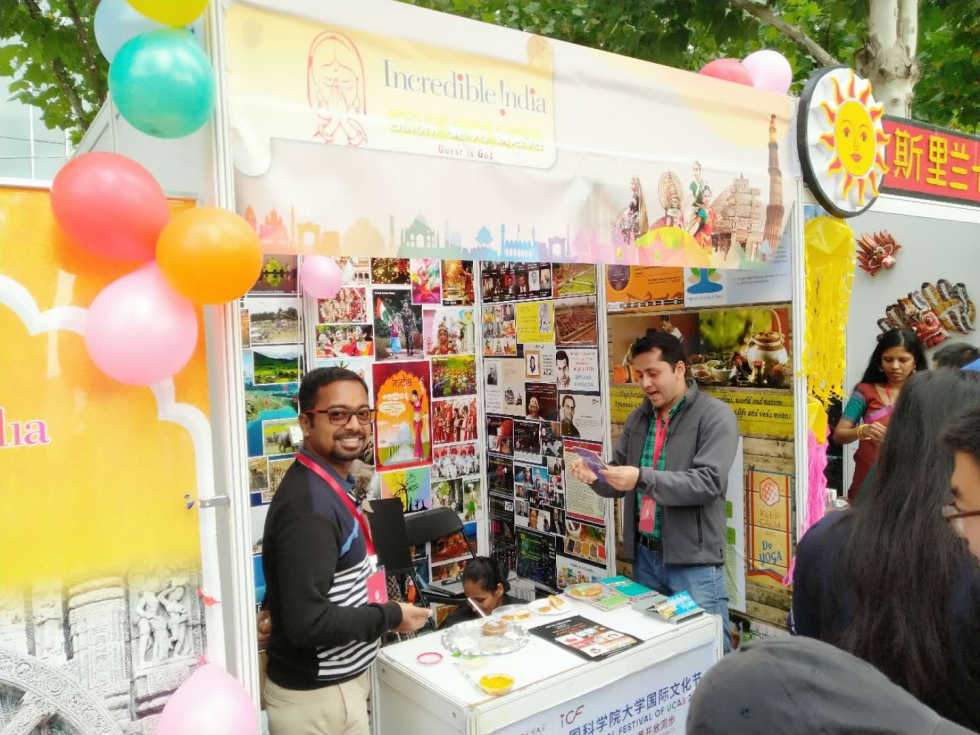 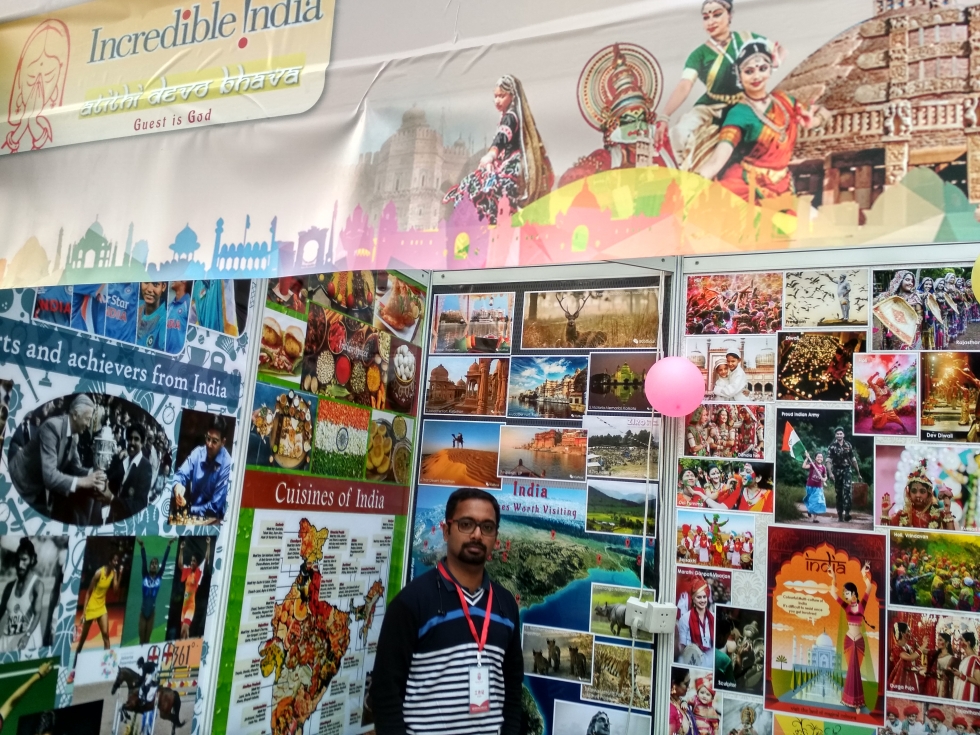 In addition, many visitors were attracted for our activities such as mehndi art work, applying bindi and tilak, posing with Incredible India photo frame, quick quiz on India etc. We had arranged a spectrum of regional and traditional cuisines in India including pav-bhaji, pani-poori, rajma chawal, dhokla, lemon rice, etc. None of the event in India can be concluded without sweetdishes; therefore, we have arranged at least three such dishes like Rasgulla, Gulab jamun and Gajar-ka-halwa which were on high demands from many of the visitors. We made it sure that all those who visited must have felt the difference in Indian cuisines due to variety of reasons such as cultural choices and traditions. 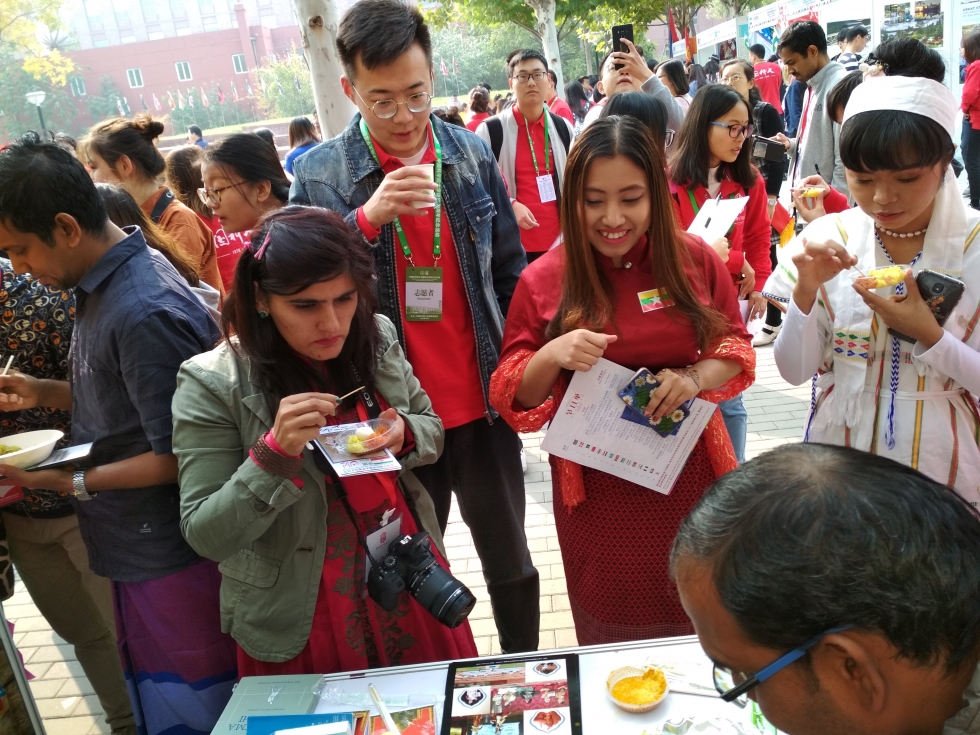 The success of our activities can be judged that we had almost 25-30 persons waiting on the queue to taste Indian cuisines and we finished everything that we prepared for the event long before the show ended. 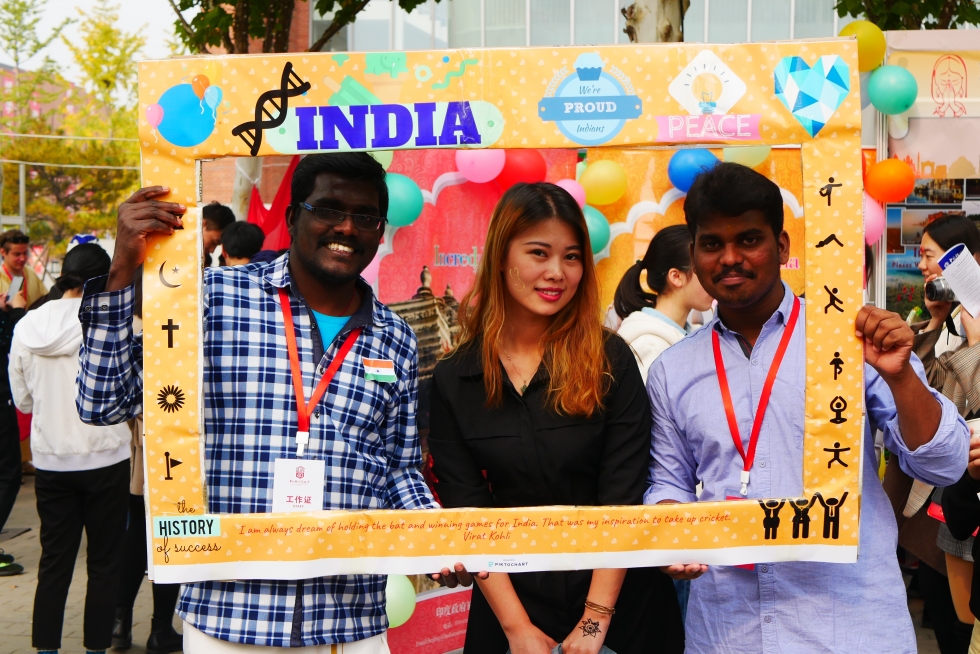 Several visitors were interested to know more about India and we provided them templates provided by the Indian Embassy in Beijing. Therefore, the help and support of the Indian Embassy is highly appreciated and thanked. Team India also thank UCAS officials such as director of International college Dr. Huang, Kate Wang, Hu Menglin, Lilly Wang etc.

Stage performances from 15 different countries were well received by nearly1000 audience. Team India also made a performance of a combination of three different parts. The first one of them was a musical fusion using flute and piano based on patriotic and classical songs by Sunayana and Dr.Jayakrishnan. 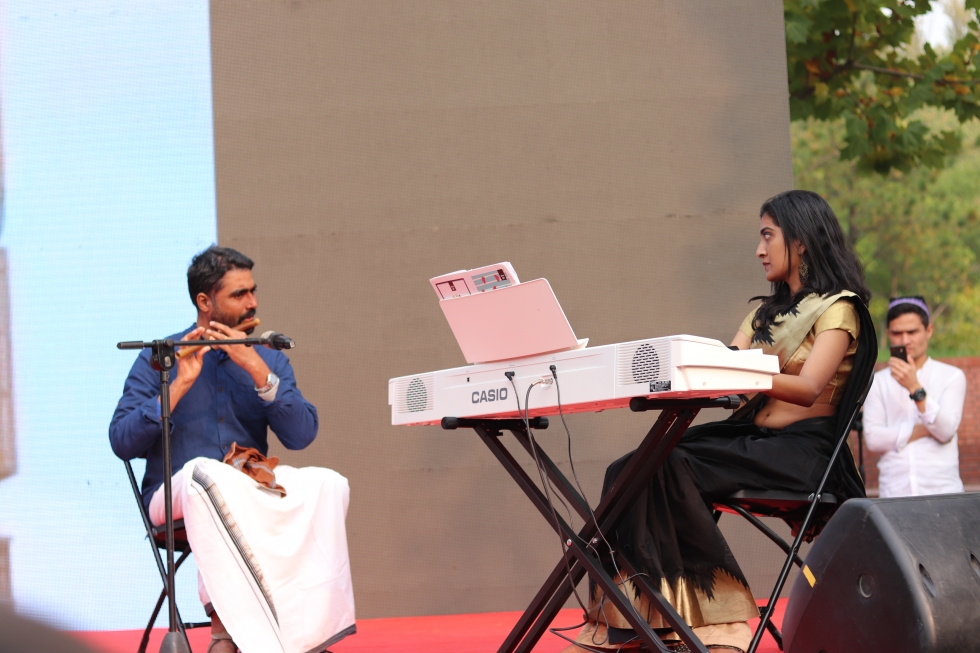 The second performance was a fast step by Nidhin and Mahesh for the song“Deva shree ganeshaa” from the movie ‘Agneepath’. 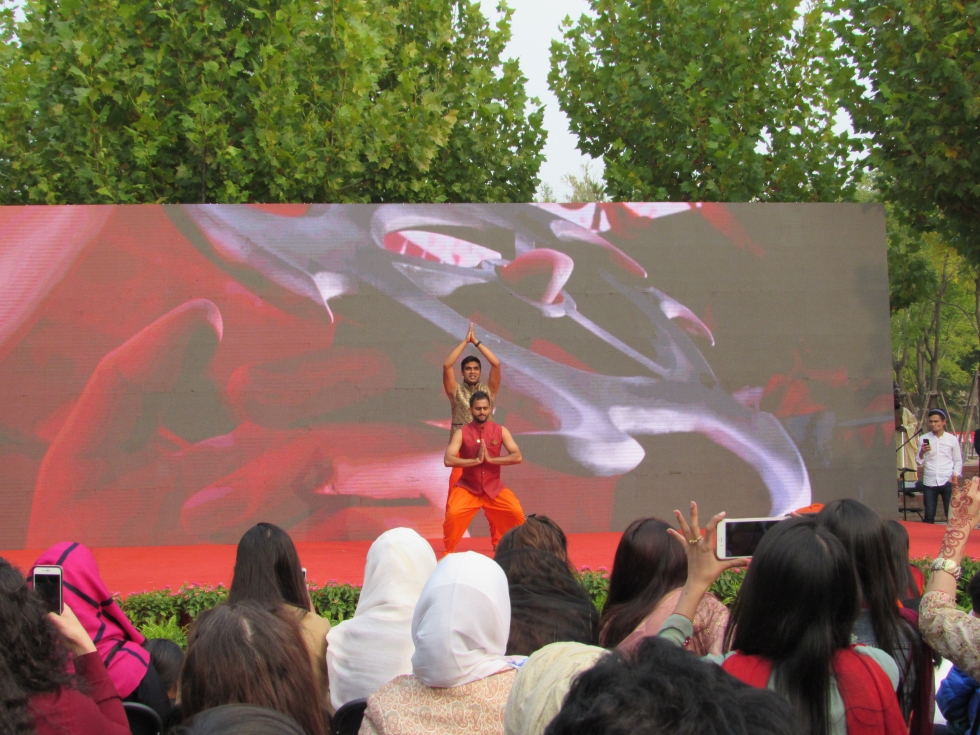 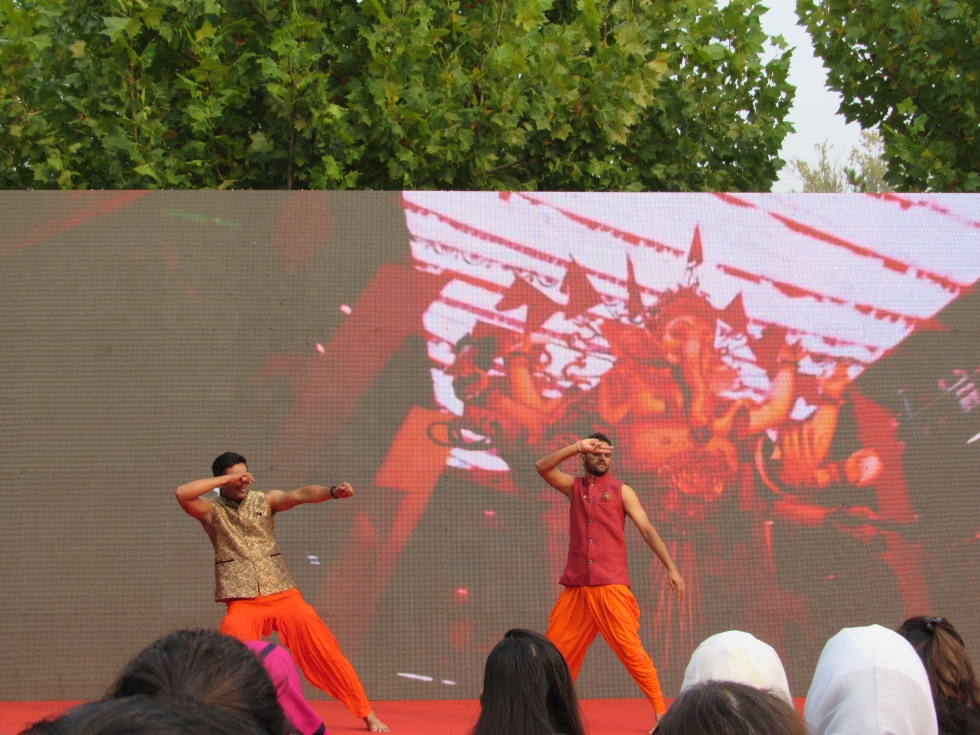 The third and final one was the traditional folk dance of Rajasthan known as ‘ghoomer’ based on the song from the recent Bollywood movie ‘Padmavath’ and was performed by Keerthi, Harini from India and Rivindu (Sri Lankan Student). 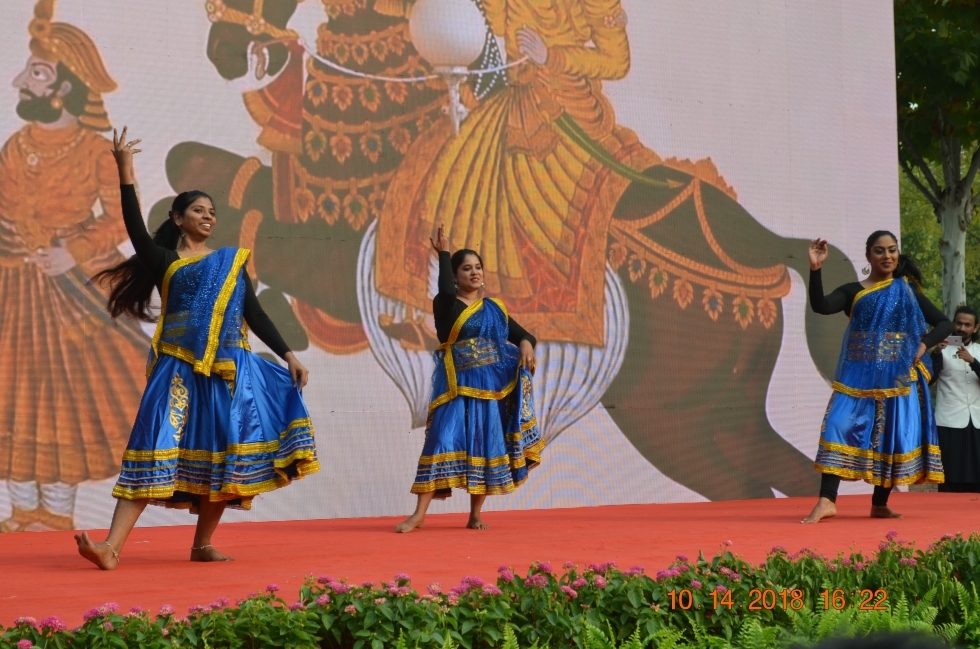 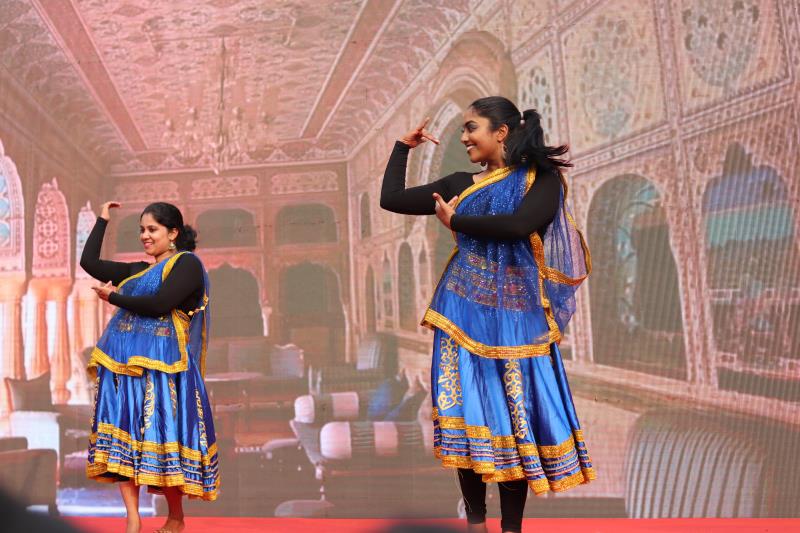 Team India really appreciate Rivindu’s overwhelming acceptance for dancing for team India. It shows her interest in dance and keeping it above all boundaries.  All these performances together provide a nice experience of tasting Indian dance, music and cusines outside India. Through this program, we have demonstrated and experienced unity in diversity as the basic nature of every individual. Overall, it was a great show case by the students and researchers from India at International level. 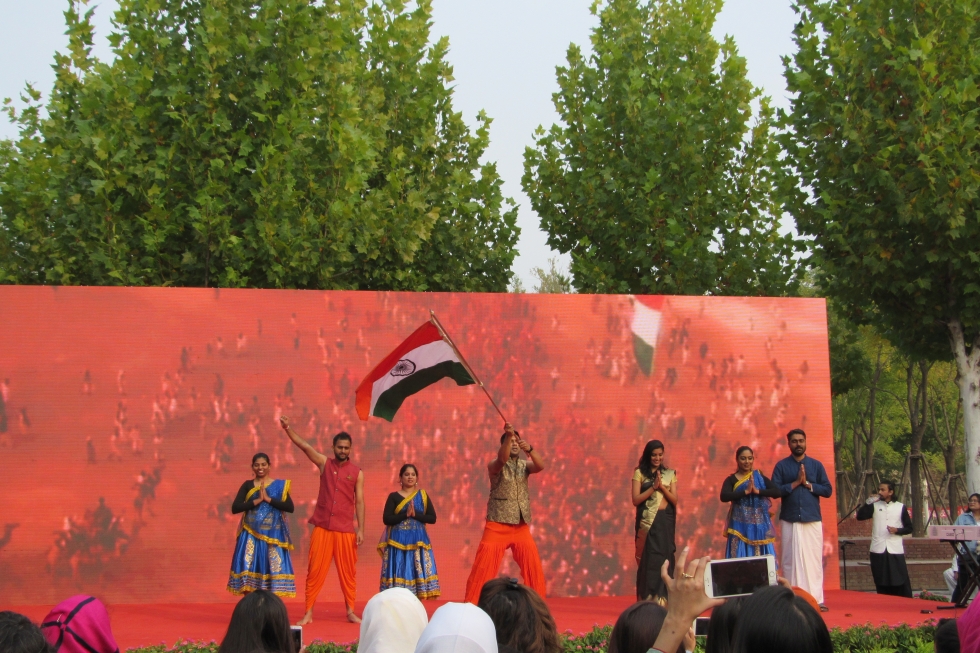