Due to the great conviction of my parents towards the communism, I was born in the room decorated with the photo of great leader Mao Zedong. My father used to have a collection of books related to the revolution and civilization of different countries. He used to tell the real story of the Chinese revolution, the life history of Mao Zedong and many more. These things triggered my brain to think about China and the Chinese people.

Life isn’t about waiting for the storm to pass, it’s about learning to dance in the rain. This quotation implies in my life too. After completing a Bachelor degree in microbiology from Tribhuvan University, Nepal, I was awarded the Chinese Government Scholarship for MS degree in the Institute of Tibetan Plateau Research, Chinese Academy of Sciences. It was a new feeling when I boarded in the China Southern Airplane for Beijing. During that time, I was happy in two perspectives. The first one was going to the land of great communist revolutionary leader Mao whose story I used to listen from my the father and the second was starting a long journey of research as a famous ancient philosopher Laozi said: “ a journey of a thousand miles starts with the first step”. I first landed to Beijing at the end of August 2016, the best time out of four distinct seasons in China. From the airport to the University, every infrastructure was managed so well that made me compare with my home country Nepal. 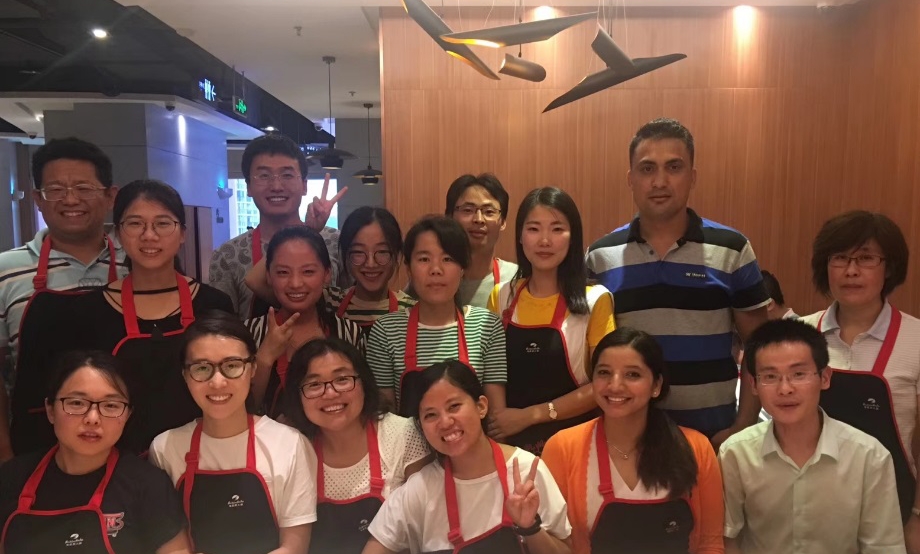 Soon after arriving at the University of Chinese Academy of Sciences (UCAS), our regular classes started. We used to learn the Chinese language that made our lifestyle easier. Apart from language, we also had some professional classes with renowned professors from several well-esteemed institutions. I can’t forget the classes of climate change by Prof. Kang Shichang and video observed related to glacier works. Being a microbiologist, it was a quite new topic but  I enjoyed and learned a lot during the professional classes. The time will be definitely difficult for all the foreigner if he or she goes to a foreign country for the first time. This case was applied to me too. Two jobs were most tedious for me at that moment, the first was to adopt with the food. Chinese food is good for health and delicious but for the people who just left their country feel hard to balance with the native food. Similarly, trouble in using the chopsticks too. It was really hard for me to learn to use it. And the second one, a communication problem.  It was really hard to express everything. After attending the Chinese language course organized by our university, the problem was minimized.  Now, I am also satisfied and like Chinse food. There is a saying “ you are what you eat” is “you are where you eat”. I also found differences in food and lifestyles in Beijing, Chengdu, and Kunming indicating a geographic location and regional identity. There are various types of Chinese tea like green, Oolong, red, black, white, yellow and flower tea which is very good for health and those symbolize a sign of respect to visitors and gathering. There are four most celebrated festivals here: Spring, Tomb Sweeping, Dragon Boat and Mid-Autumn festival. Among them, Spring festival also known as Chinese New Year is the most important, traditional and festival of the year. 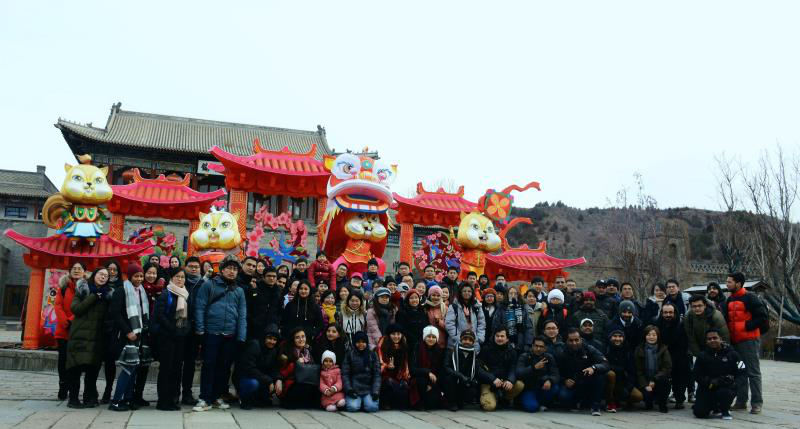 As my institute is in Beijing, I was lucky to join the research team before finishing regular classes at the University of Chinese Academy of Sciences. The first day of the institute was very overwhelming as I came to meet Prof. Liu Yongqin. She is a very extraordinary, talented, dynamic, caring and hardworking female scientist. I was really proud to have her as my supervisor. Every time she guide us individually with full energy and time keeping us in office. This forces me to remember the quotation “teachers are the key to reform education”.   Till the date, the words in the dictionary are not enough to explain about her care, love, guidelines, and supervision. For me, She is the mother in Beijing fulfilling every necessity. Apart from study, I also got the chance to visit several places in Beijing and nearby. Beijing is a big city with beautiful places and scenarios that inspired me a lot. The first place which I visited after arriving in Beijing is Bird Nest Olympic Stadium. It was full of excitement as my favorite player, the Argentine superstar Lionel Messi of FC Barcelona won Olympic gold medal in football from that Stadium in 2008. Beside this, I also visited Tiananmen Square, Summer Palace, Temple of Heaven and many other beautiful places in Beijing and nearby. I visited the Great wall several times but the visit with multiple international students in climate change society program was academically fruitful. Several academic exposures organized by institute was noteworthy. Moreover, the transportation system like bicycles, taxi, public bus, and trains are well managed. All the facilities including banking are incorporated in a single mobile symbolizing the smart city. The basic necessities of life are not only alarmed with the details but also characterized in peoples living standard and the degree of development of a country. There is an obvious difference between Nepalese and Chinese culture but while comparing with today’s globalization, discrete national features are still maintained in peoples normal life. Still, we can feel the modifications in daily lifestyles that facilitate Chinese people to keep up with the modernization of the world. According to the senior people experiences, it is true that the environment pollution of Beijing is reduced rapidly and I feel comfortable as I lost all the allergies after coming here. 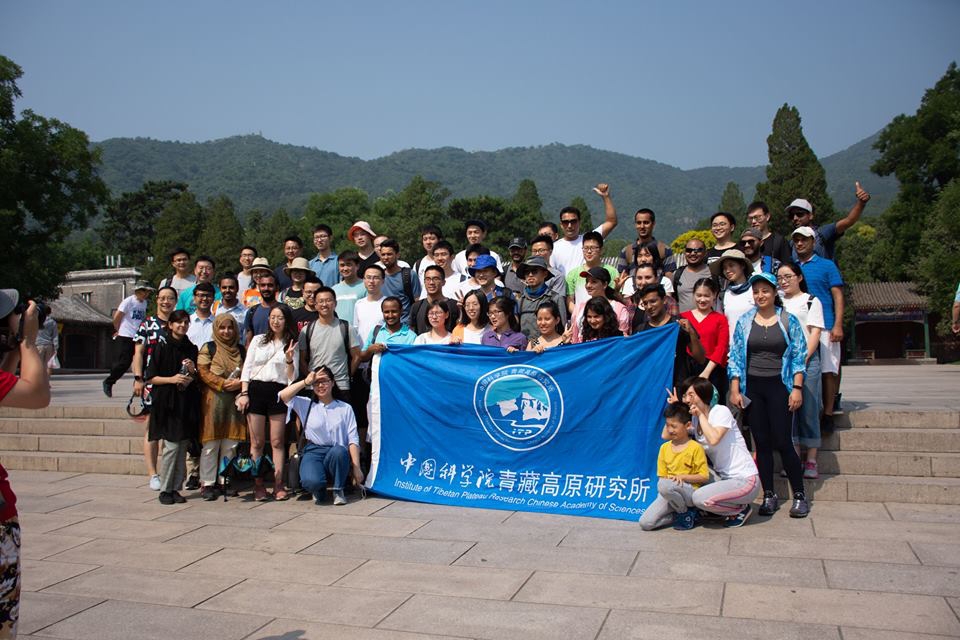 Students of ITPCAS exciting for the hiking at the Fragrant Hill 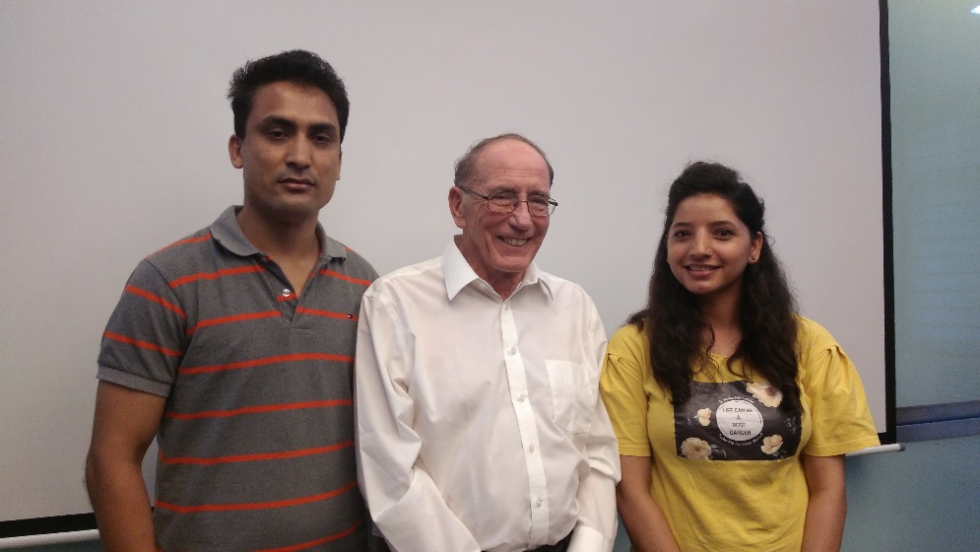 Cheerful students when they met a renowned scientist Prof. Lonnie Thompson at ITPCAS, one of their online course tutor

As time trek ahead, I reviewed several kinds of literature for the research. It was such a mesmerizing feeling when I am familiar with the Tibetan Plateau as it is the highest plateau in the world and also known as the water tower of Asia. It is considered a hotspot for the study of global climate change. Besides the North and South Pole, there is a next pole called as Third Pole. Its importance and role in the global scenario are highly emphasized by ITPCAS. So, my supervisor directed to focus research to Northern and Southern slopes of the Himalayas. I always have positive vibes being the student of ITPCAS when I saw renowned scientist like Prof. Yao Tandong, Prof. Chen Fahu, Prof. Deliang Chen, Prof. Ding Lin, and Prof. Ma Yaoming. If I were not in ITPCAS, they might be limited to the internet for myself. I also got a golden opportunity to meet Prof. Zhang Fan who is very familiar with Nepal and supervise a large number of international students. As she is the supervisor of my beloved better half, the way of handling and guiding students by her was quite appreciable. In my opinion, the TPE and Pan-TPE broad concept generated by ITPCAS, will benefit the international student more and provide opportunities for scientific research in the University of Chinese Academy of Sciences. 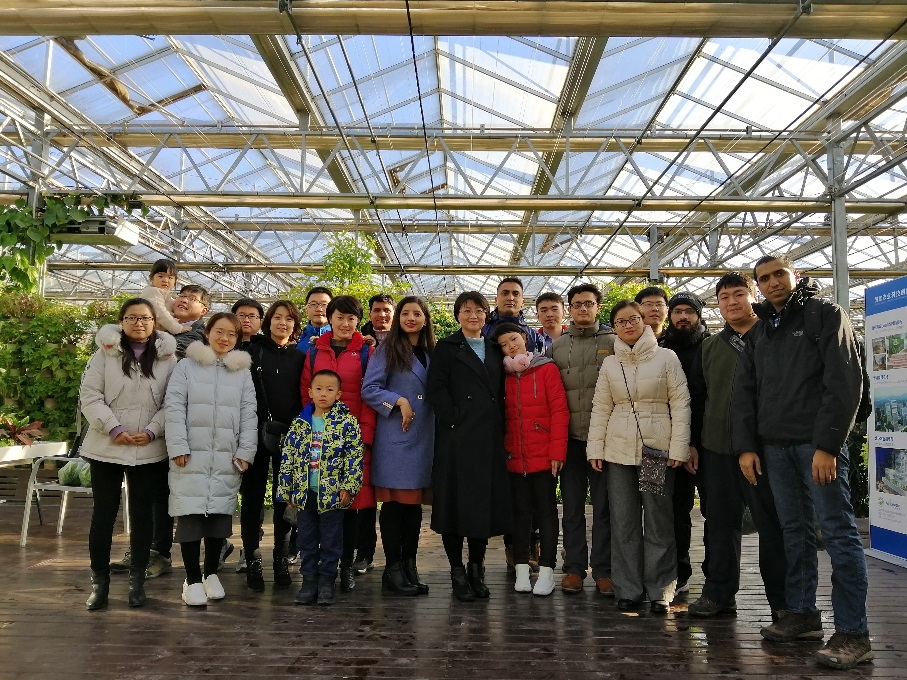 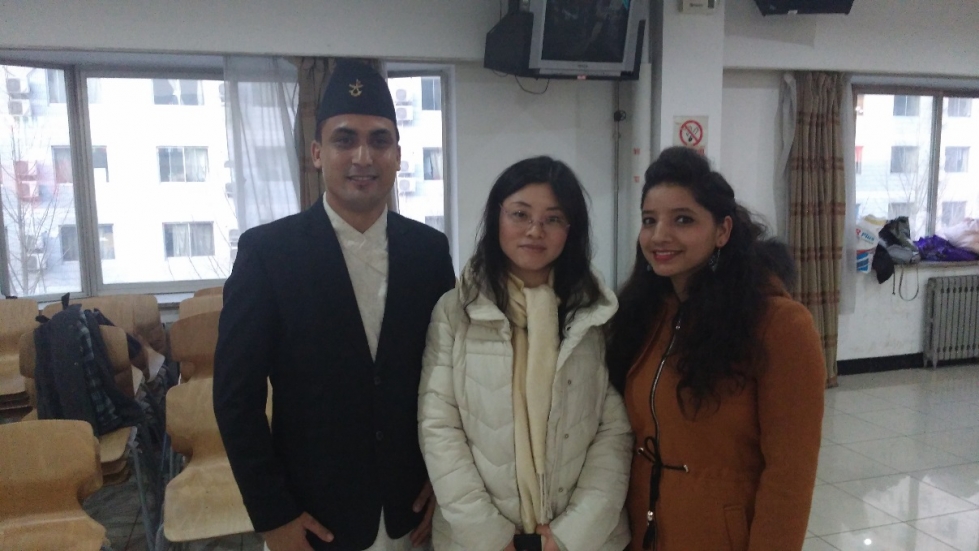 International students communicating with their Chinese language teacher at UCAS

University of Chinese Academy of Sciences