Recently, Professor Aziz M. Muzafarov, academician of Russian Academy of Sciences and A.N.Nesmeyanov Institute of Organoelement Compounds, and Dr. Zhu Xiaomin, senior researcher of Institute for Technical und Macromolecular Chemistry of RWTH Aachen University in Germany, conducted academic exchanges in Shanghai Institute of Ceramics. They presented two academic reports, perspectively named “Functional branched metallosiloxane oligomers: synthesis and PDMS composites based on them” and “Hyperbranched polyethoxysiloxane-a unique silica precursor polymer for preparation of silica-based nanostructured materials”. Yang Jianhua, deputy director of Shanghai Institute of Ceramics, participated in presentations and communicated with the reporters on relevant areas abroad. More than 30 researchers and graduate students were also participating in the reports. Professor Muzafarov shared the latest development in the preparation and application of silicone monomer achieved by his research team, emphatically analyzed and discussed the mechanism of relevant catalytic activity in the condensation reaction of alkoxy silane, and introduced how to synthesize siloxane materials with different structures using the active medium strategy. Dr. Zhu focused on the synthesis of a series of silica nanomaterials based on hyperbranched polyethoxysiloxane (PEOS) as a silica precursor. The wonderful academic reports aroused strong interests of attendees. The two reporters held in-depth exchanges and discussions with the participants, and reached initial intention for cooperation with relevant researchers on related academic interests.

Professor Aziz Muzafarov was elected as academician of Russian Academy of Sciences in 2011, worked as head of A.N.Nesmeyanov Institute of Organoelement Compounds in 2014-2018, and director of chemistry department at RAS since 2017, publishing more than 300 SCI papers, 65 patents. He was awarded the Lebedev Award in 1998.

Dr. Zhu Xiaomin was sponsored by Ministry of Education in China when he studied in Moscow State University in Russia since 1992 and then he received his master and doctorate degrees. In 2008, he obtained the tenured teaching position of RWTH Aachen University and became deputy director of administration of the Department of Textile Technology, as well as the head of one project of the Leibniz Institute of Interactive Materials. He published 67 papers, 3 patents and 1 monograph. 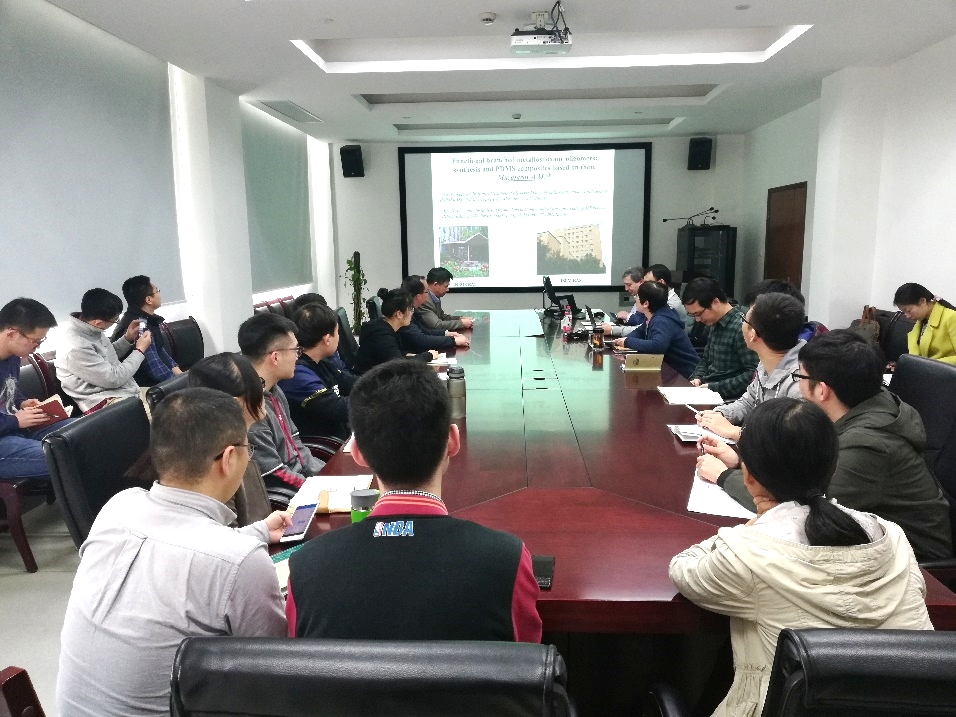