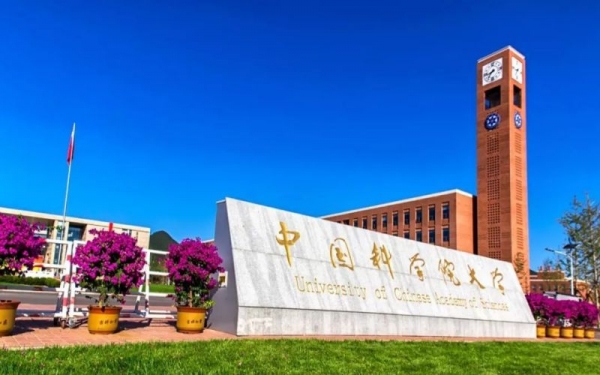 △The University of the Chinese Academy of Sciences

The acknowledgment section of a PhD student's thesis — where the student thanks those who have lent their assistance — has recently gone viral on the internet.

The hardship he lived through, the strong spirit he showed during the whole process and the real emotions he shared in the statement have touched and encouraged many Chinese netizens.

"I walked a long way and endured many sufferings, and eventually presented my doctoral dissertation to you all. Having pursued studies for 22 years, I've encountered a lot of hardships during the process…"

That is how Huang Guoping started the acknowledgment of his doctoral dissertation in 2017.The acknowledgment was put online recently by someone else, Huang said in an open letter issued on Monday.

Having graduated from the University of the Chinese Academy of Sciences with a doctorate in engineering in 2017, Huang said he now works as a senior researcher at a leading domestic internet company's artificial intelligence laboratory.

In his one-page acknowledgment, which was reposted widely on many Chinese social media platforms and became a hot search topic on Weibo last week, Huang, 34, looked back at his miserable early life in an impoverished family in a village in Sichuan province.

His mother left home when he was 12. Leading a hard life by catching fish, Huang lived with his father and grandmother, both of whom died when he was 17.

"Separating from loved ones causes people pain, and poverty makes people lose hope. However, sitting in my shabby shelter and doing homework or reading books in the dim light of a kerosene lamp, I still felt happy and fulfilled," Huang wrote.

If not for the times he received scholarships from school authorities, and the honors credentials that he pasted on the wall of his room, he would have given up, Huang wrote.

Thanks to such moments, he had lived through many more difficult or embarrassing times, like when he was asked by a teacher about being unable to pay for tuition, or when his clothes got wet on the way to school on rainy days and he had nothing to change into, or when he shivered in thin and ragged clothes in the cold of winter. Any of them could have become "the last straw that breaks a camel's back", he wrote.

Fortunately, his tuition and other fees were waived after he got to high school, and a philanthropist surnamed Hu helped Huang with his living expenses. With his own efforts, as well as help from all sides, Huang was admitted to Southwest University in Chongqing, where he started studies in computer science.

Huang's story touched many netizens, who said it made them see how a young man fought despite all the blocks and difficulties in his way toward realizing his life goal. "I shed tears while reading his story," one wrote.

Another netizen wrote: "The difficulties I've experienced in my life were nothing compared with his."

In the last paragraph of the acknowledgment, Huang wrote: "Too many times, I felt that I couldn't carry on any longer. But the simple belief in continuing to study and going out to explore the bigger world has supported me and brought me this far.

"I might face more challenges in the future, but with these past experiences, I have the courage and patience to overcome any difficulty."