On 9 April, Dr. Martin Stratmann, President of the Max Planck Society (MPG), visited the University of Chinese Academy of Sciences (UCAS) and gave a speech at the Yanqihu Eminent Speakers Forum Series. His lecture, entitled "The Max Planck Society in the 21st Century" was attended by over 400 students and staff. UCAS Vice President Prof. Wu Yueliang met with the delegation from the Max Planck Institute and moderated the lecture. Prof. Li Yin, Vice Director of the International Cooperation Bureau of the Chinese Academy of Sciences, and Dr. Ning Bolun, Deputy Director of the Division of European Affairs also attended the meeting. 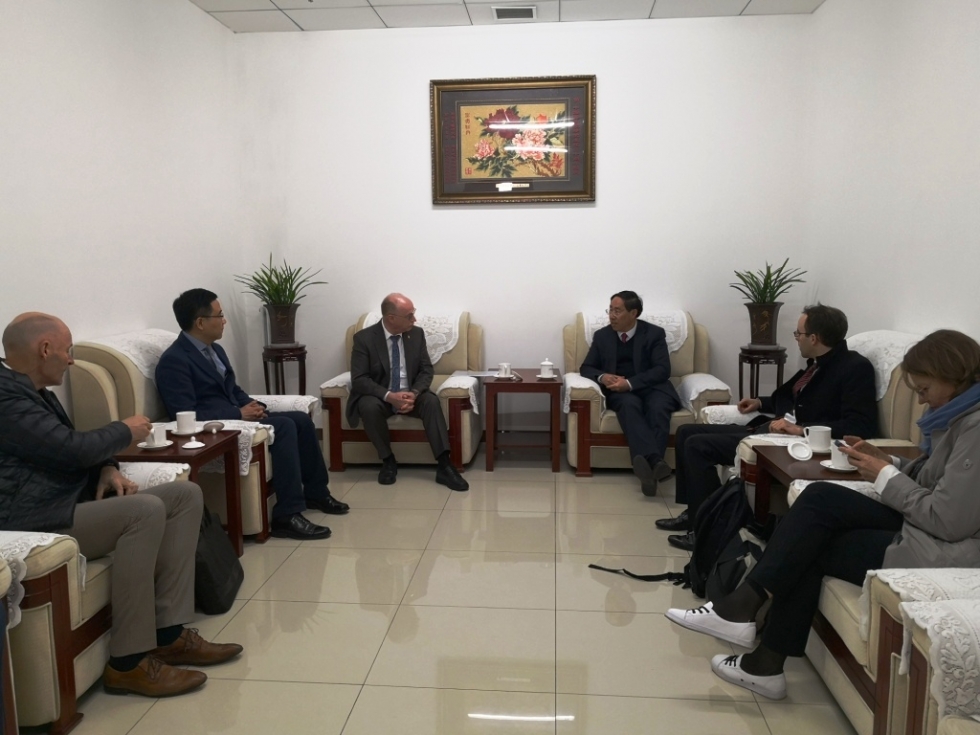 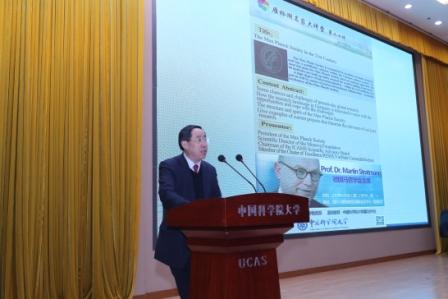 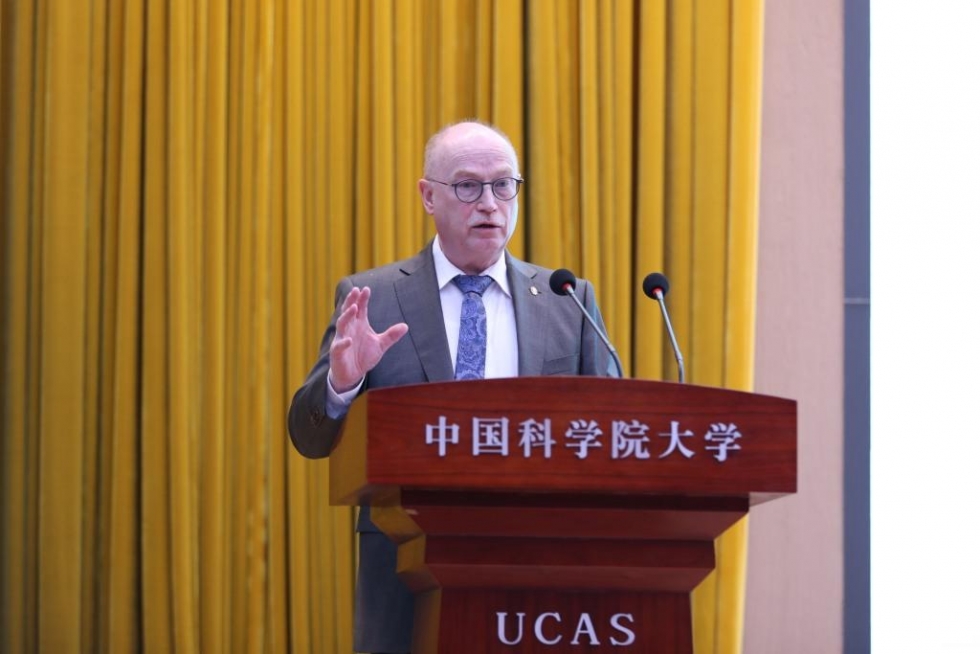 After the lecture, Prof. Stratmann answered questions from the audience. The questions ranged from paying for papers and the sharing system to science integrity and the use of scientific research funds, as well as the admissions process for doctoral candidates in German universities. 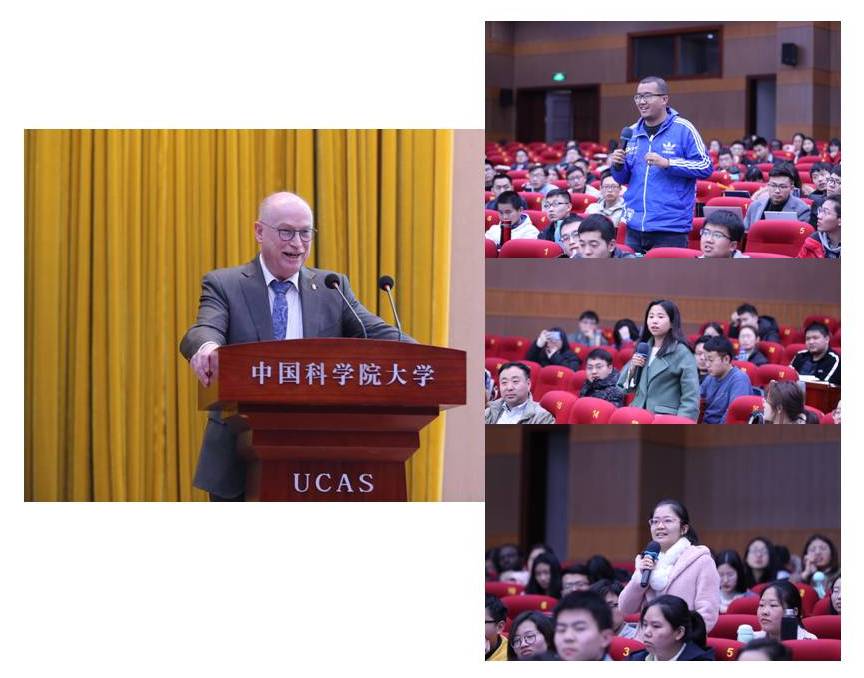 Prior to the lecture, Prof. Stratmann and his delegation visited the History Museum of UCAS, and left his message in German on the guestbook. “Beautiful environment, beautiful campus, and unforgettable achievements in scientific research; looking forward to interacting with students of UCAS.” 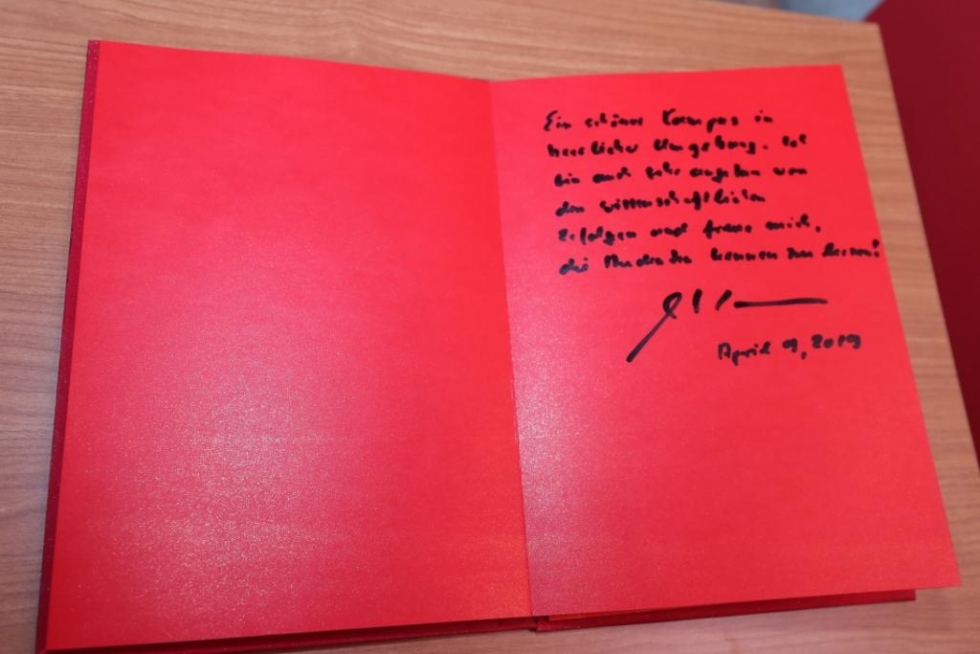 In attendance were also Bill Hansson, Vice President of MPG, Spielmaan and other faculty from the International Cooperation Bureau of the Administrative Headquarters.
Dr. Martin Stratmann is currently the President of MPG, Chairman of ICAMS Scientific Advisory Committee, Scientific Director of the Minerva Foundation, and the member of the Cluster of Excellence RESOLV at Ruhr-Universität Bochum. In 1979, he received his doctorate from MPG, and took up a research position at the MPIE in 1982. From 2006 to 2008, Stratmann took over the Chair of the Chemistry, Physics and Technology Section of the MPG, becoming Vice President in 2008. In 2014, he assumed the Presidency of MPG. Dr. Stratmann has received many awards and honors for his outstanding contributions to science.
The Yanqihu Eminent Speakers Series is UCAS's highest-standard academic forum. The series aims to offer an open, multi-disciplinary academic exchange platform.
The Max Planck Gesellschaft (MPG) is a formally independent non-governmental and non-profit association of German research institutes founded in 1911 as the Kaiser Wilhelm Society and renamed the Max Planck Society in 1948 in honor of its former president, theoretical physicist Max Planck. The society is funded by the federal and state governments of Germany. By 2014, 33 Nobel Prizes have been awarded to MPG scientists. The 84 Max Planck Institutes and facilities conduct basic research in the service of the general public in the natural sciences, life sciences, social sciences, and the humanities. Max Planck Institutes focus on research fields that are particularly innovative, or that are especially demanding in terms of funding or time requirements.