On May13,2019, International Centre for Theoretical Physics Asia-Pacific (ICTP-AP) officially announced its launch. In the following two days, the Frontiers of Fundamental Physics Conference successfully took place in Beijing. More than 130 experts from 9 countries participated in the two-day Conference, and 27 excellent academic reports were organized. 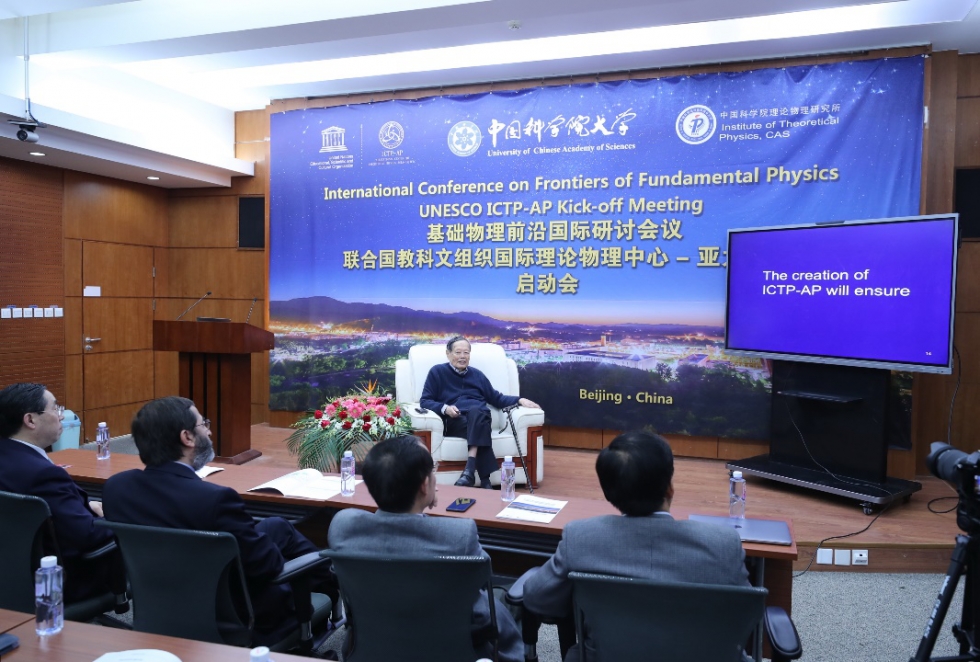 Chen-Ning Yang recalled that, when Abdus Salam (Physicist from Pakistan, Nobel Laureate) proposed the idea of building ICTP, he was strongly opposed by some physicists in developed countries. However, Yang said, “over the years, ICTP made great contribution to developments of science and technology in developing countries. To extend this contribution to cover the Asia-Pacific region now is a great wise ‘noble idea’”. After that, Yang showed a video, which he took and dubbed at ICTP headquarters for Dirac’s 70 birthday in Italy. 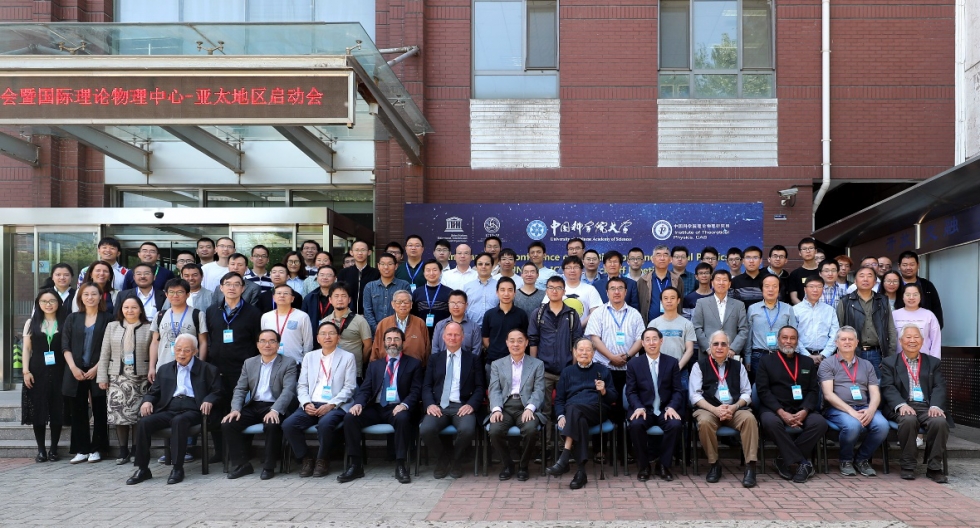 Group Photo After the Opening Ceremony

Before the symposium, on 12 May, the 1st Session of International Science Council (ISC) and the 2nd Session of International Governing Board (IGB) was successfully held. During the Science Council Meeting, delegates provided professional guidance to the ICTP-AP's medium and long-term scientific plan. Moreover, delegates shared their opinions on the employment strategy of scientists and visiting scientists. After that, the Governing Board Meeting discussed and approved the working report of the Centre. 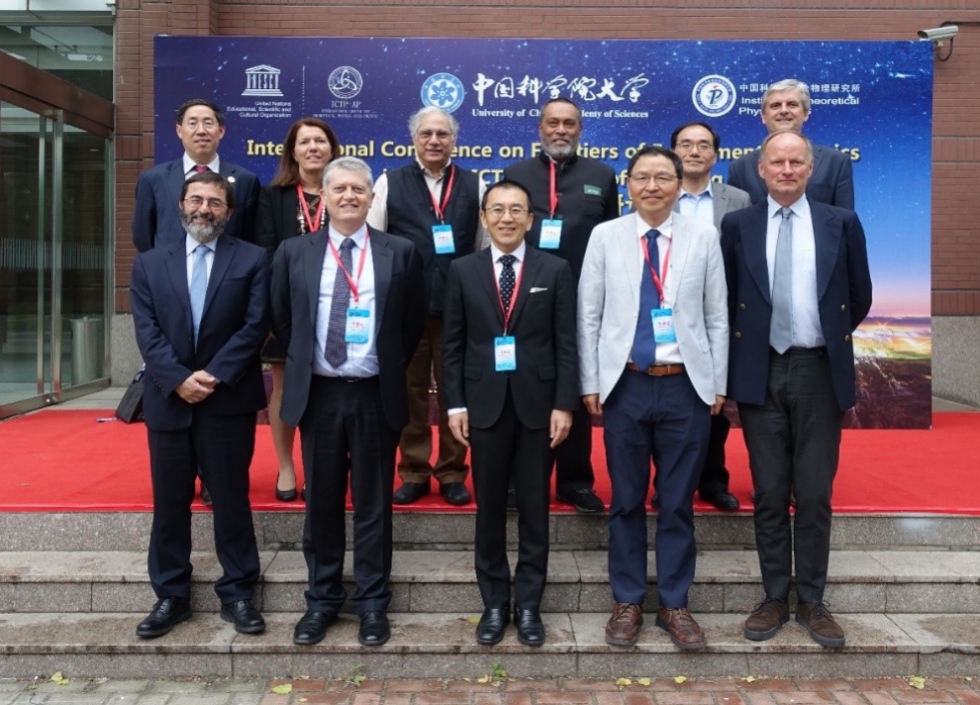 The round table meeting was held as one of theICTP-AP Kick-off activities on May 12. Leaders of well-known scientific research institutions from national and abroad attended this meeting. Delegates introduced the history, mission and vision, organization, latest research directions and achievements of their institutions. They suggested to build long-term mechanism and strengthen diversified cooperation in the future. Besides, institutions should provide excellent learning and research environment, more academic exchange activities to young talents, and make scientific research becoming the choice of more teenagers. 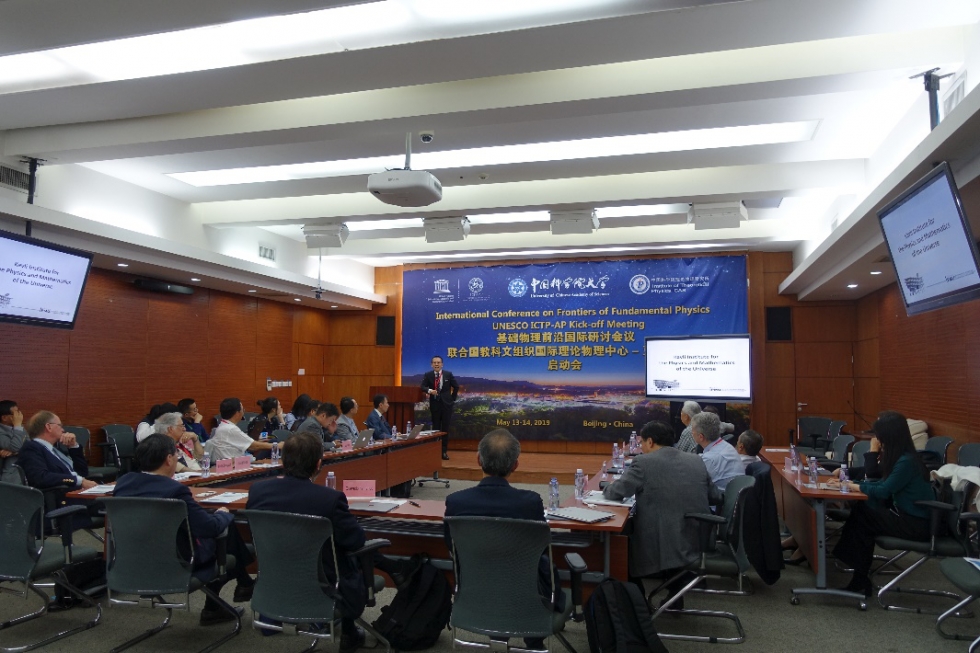 The ICTP-AP proposal was put forward by the Chinese Academy of Sciences and was considered and adopted by the 38th UNESCO Conference. On 13 May 2017,Chun-Li Bai, President of the CAS, and Irina Bokova, Director-General of the UNESCO, signed the Agreement regarding the Establishment of ICTP-AP in Beijing, on behalf of Chinese Government and UNESCO respectively.On 4 Nov. 2018, the unveiling ceremony of the Centre took place in Beijing. ICTP-AP is a category 2 Centre under the auspices of UNESCO in cooperation with the Chinese Academy of Sciences, the National Science Foundation China (NSFC) and the Abdus Salam International Centre for Theoretical Physics (ICTP, Trieste). It is the first UNESCO category 2 basic science center in China. ICTP-AP will develop outreach activities in cooperation with national and international institutions, providing an international platform and enhancing collaborative networks among scientists from different countries in and out of the region. Besides, ICTP-AP has formally begun to recruit national and international researchers (Find more information on: https://english.ucas.ac.cn/index.php/join/job-vacancy/5113-ictp-ap-recruitment)