The results of theWMO Professor Mariolopoulos Trust Fund Award for 2020 were recently announced. Dr. Shingirai Nangombe, an international student trained by the International College of UCAS and the Institute of Atmospheric Physics, CAS, won the award for his paper, Record-breaking climate extremes in Africa under stabilized 1.5°C and 2°C global warming scenarios, which was published on Nature Climate ChangeJournal in 2018. This year’s awards were handed out to two laureates, with the other laureate being Dr. Francesco S. R. Pausata from the Bolin Center for Climate Research Centre, Stockholm University. The award ceremony will be held at the WMO International Conference next year.

The WMO Professor Mariolopoulos Award was created in 1996 by the Mariolopoulos-Kanaginis Foundation for the Environmental Sciences, which is in Athens, Greece. The Award is granted every year in recognition of young scientists (below the age of 35) for exceptional contributions to meteorology and climatology. Dr. Shingirai Nangombe’s paper reveals the changes of climate extremes in Africa under the Paris Agreement's global warming scenarios, and quantitatively estimates the risk reduction of climate extremes such as record-breaking heat waves in Africa under 1.5°C global warming scenario.

Shingirai Nangombe, from Zimbabwe and funded by CAS-TWAS President’s Fellowship Programme (CAS-TWAS), has been studying for his PhD at the International College of UCAS and the Institute of Atmospheric Physics, CAS from 2017 to 2019. His supervisor, Zhou Tianjun, is a CAS research fellow whose research direction is the detection and estimation of climate change in Africa. Under the guidance of his supervisor, Dr. Shingirai Nangombe worked with his team and completed the paper during his doctoral study. After his paper was published in 2018, it was cited 28 times, and ranked top 2% in Natureonline academic impact factor among all papers in the same period. 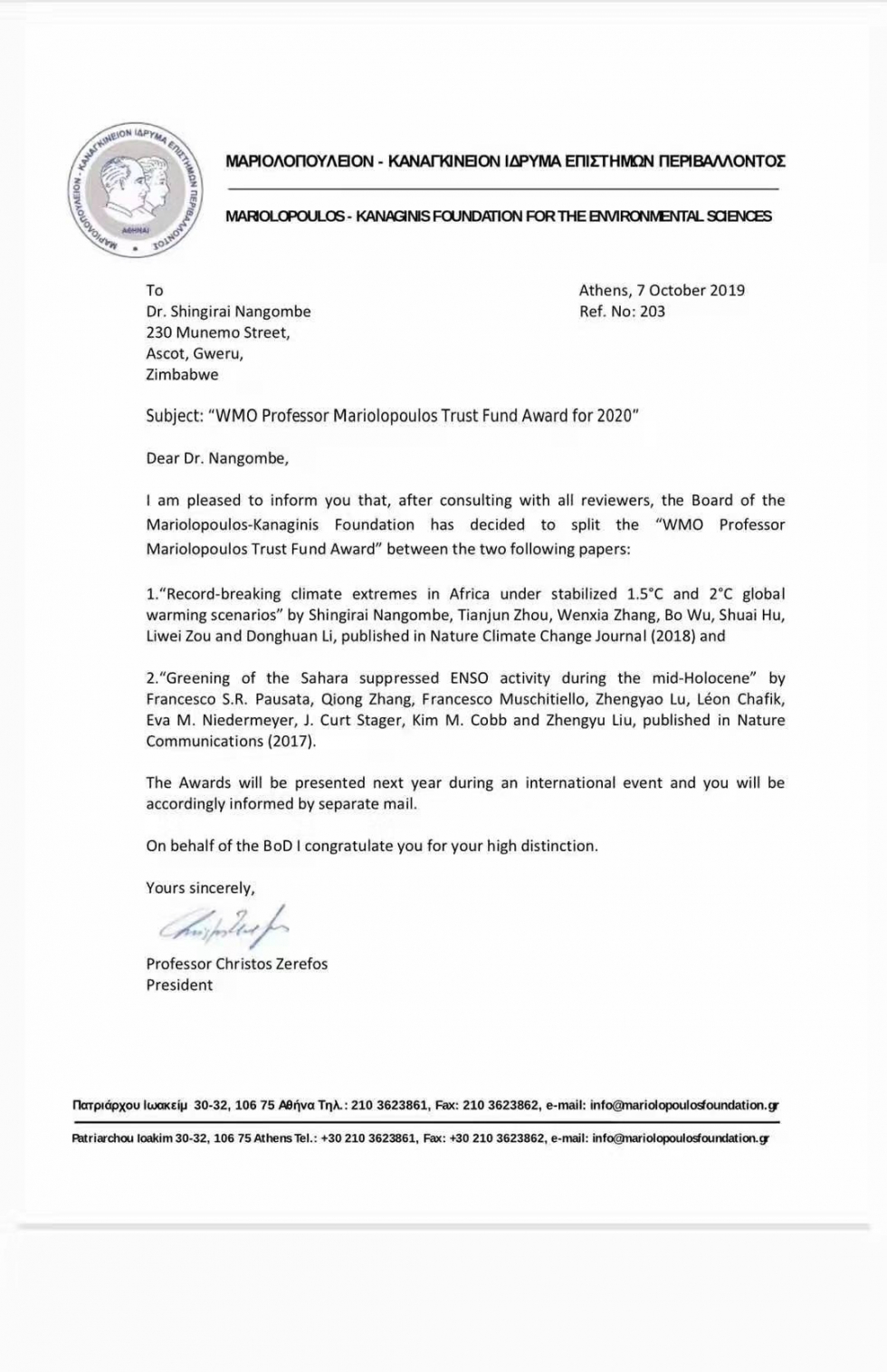