Uhh!!!… I remember it must be about 7 pm of Friday, there was a loud sound in my floor and I was so furious about the sound then I went to outside …. Then I realized that sound is of Nigerian dance practice and I enjoyed…. Curiosity level was high and asked them immediately why you guys are dancing? and they replied Man!! it’s for UCAS cultural festival ….and they told that I should join some WeChat group … and I joined!!!

Days were coming near as performance practices were being done frequently with beautiful cooperation among country mates. Luckily the day before UCAS cultural festival, it was again Friday!!! ...our Panaroma Laoshi said “Guys, you people must be busy with the preparation for tomorrow program” then I predicted silently that program is going to be blast…

My waiting days are over. Today is November 2nd. I should mark it that must be the only day in china when I didn’t feel lazy to wake up! But weather didn’t shake hand properly as it was gloomy and way too cold. I was “Hen Gaoxing~ very Happy !! don’t think I am good in Chinese” by thinking that I can see lots of dances and can eat varieties of food. However, some part of my heart was happy as I was going to wear my national dress ‘Daura Suruwal’.

I just ran to the ground with confident that I am looking handsome, just kidding! I met lots of people in the ground located behind teaching Building 2 about 10 AM. After reaching there I realized that the program was scheduled into two parts; Exhibition and Dance competition consecutively. I ran near to the dance floor because beautiful Nepalese ladies were about to perform a dance in their own Nepalese songs. 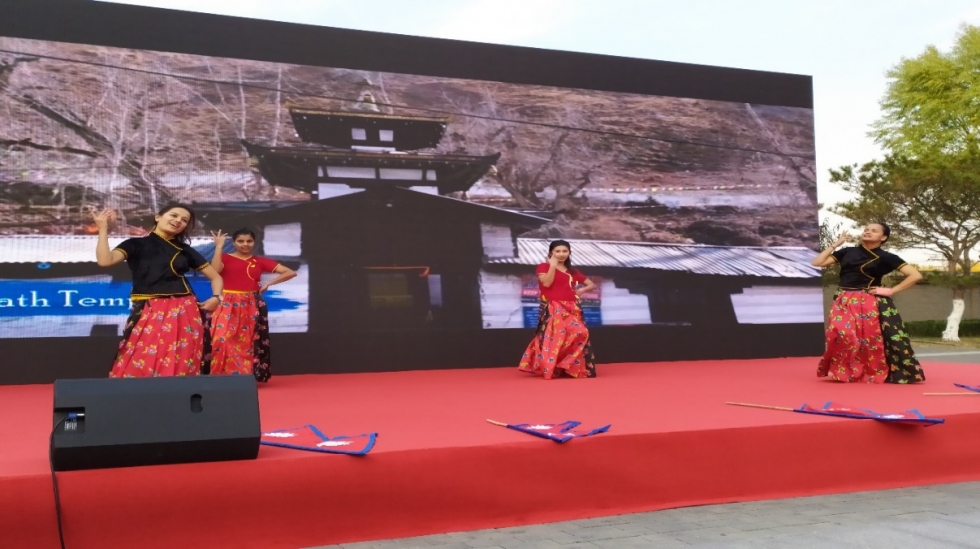 Next turn was for Iran: Cradle of Ancient Civilizationfor a Song: Gole Yakh what a performance by two boys it was breathtaking! Next turn was for Han clothing Dance: Fusion,  their body posture was synchronized pretty well with music, I guess it will take a year for me to complete a single step.

However, it seemed like a never-ending Gala and guess what Srilankans are here!! Their cultural dedication had amazed everybody in the ground… 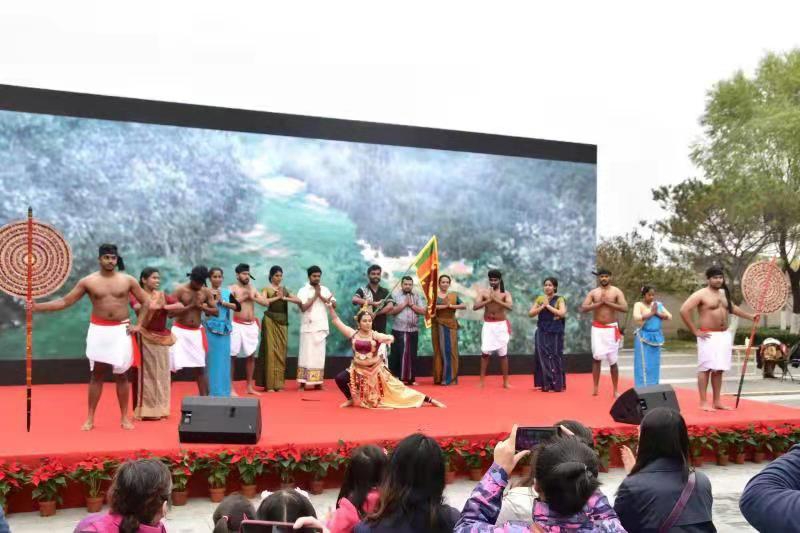 After (piaoliang ~ beautiful) dances, I ran to booth exhibition center’s first stall. Volunteers were distributing Tourist passport though it was not real!! to enter great countries. There were 24 countries participating for UCAS international cultural festival which made me to think that it will be one-hour journey of 24 countries. 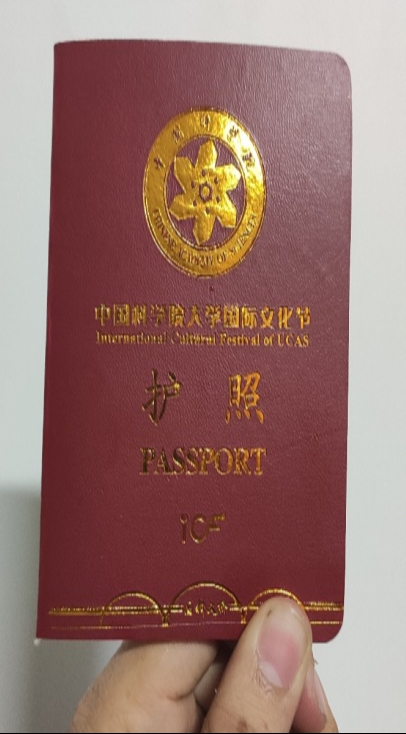 Next country was Laos, known as the “Land of a Million Elephants who were serving visa approval with Laos beer and coffee. 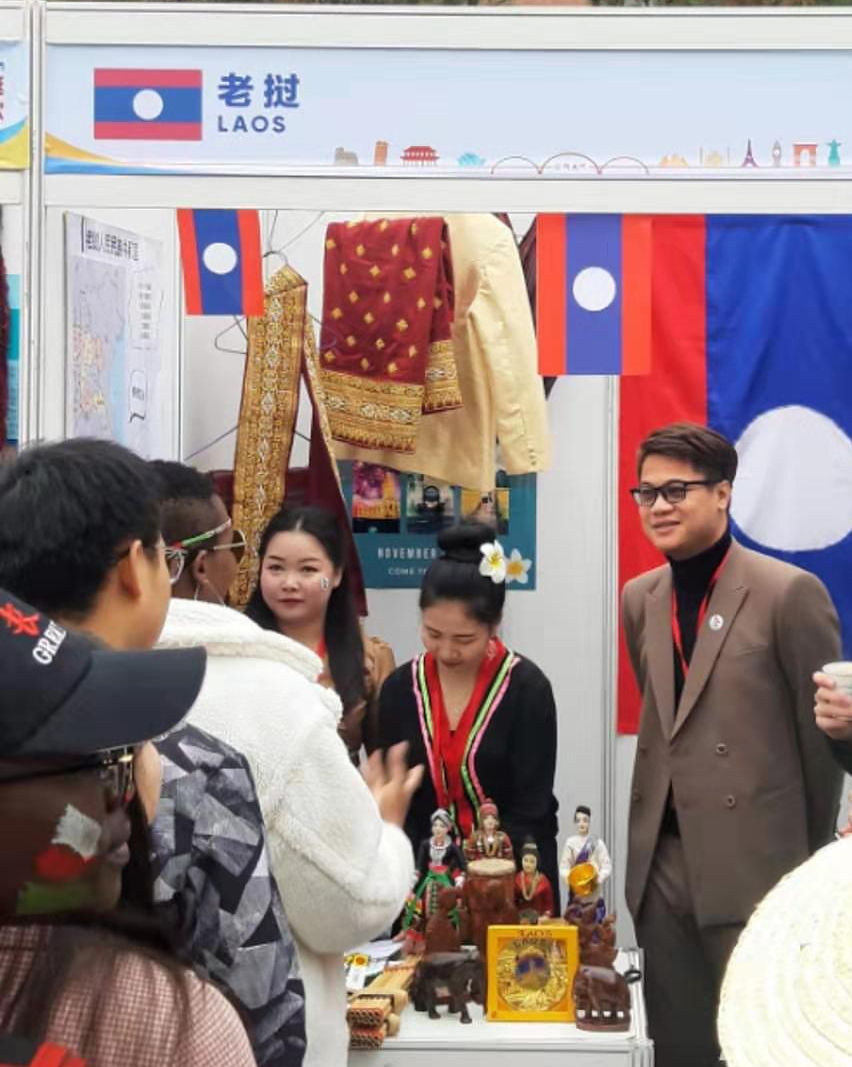 Third country was from long mile Kenya with their own calmness. It was then followed by India with their peculiar cultural significance. Rwanda; – the land of a Thousand Hills was then another country ushering warm welcome to guest of different ethnicity. 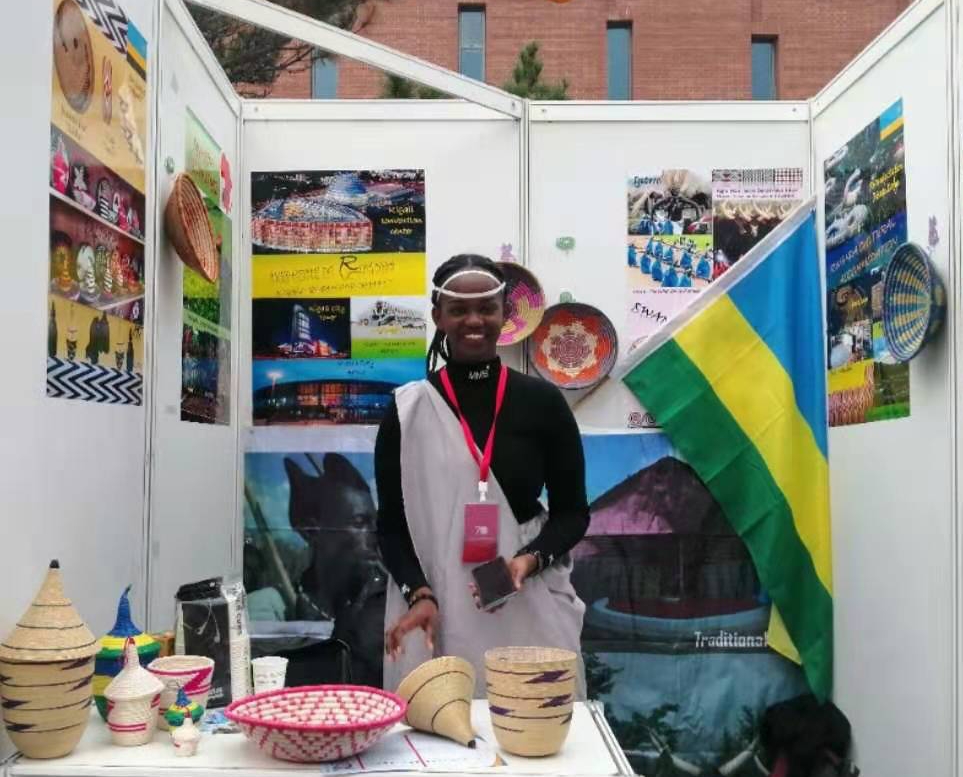 After detail view of Rwanda, I was interested to collect visa from Srilankan embassy and went there to experience their stunning culture. Wow how beautifully they have decorated! 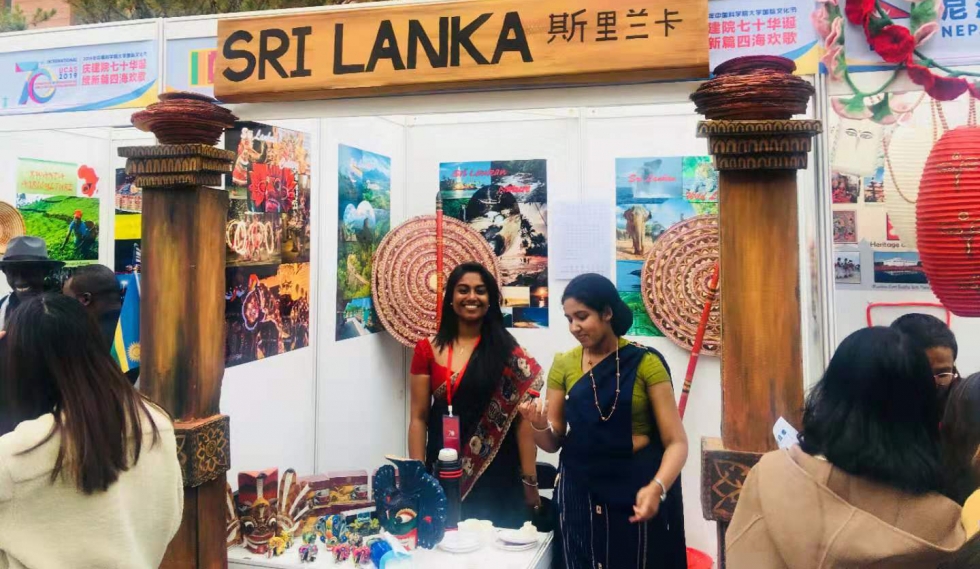 Srilankan Girls and their booth

Whole Srilanka was there with native rice and coffee. Nepal was standing between Iran and Srilanka as tall as Sagarmatha (Mt. Everest). Indeed, it was standing patiently for ages which used to seem busy in serving SEL roti and pickles.

I then smelled the aroma of Biryani from Pakistan and that moment I was craving for the food. So, I hurried there to taste it. Warm hug of Pakistani Brothers made their biryani tastier. 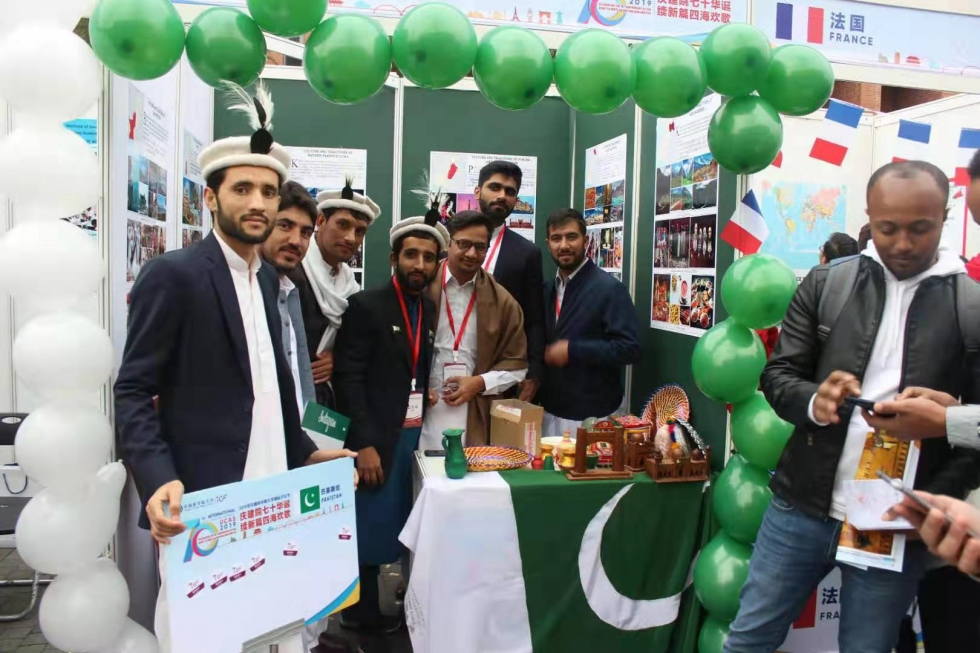 Pakistan Boys at their booth

But my journey never ended there. Out of curiosity, then I visited Iran, France, Thailand (Land of Smiles), Egypt (the gift of Nile was exhibiting its national costumes), Madagascar, Ethiopia, Finland, Italy, Myanmar-Land of the Golden Pagodas, Indonesia (the Emerald of the Equator booth was beautiful as Bali), Tajikistan, Tunisia, Hungary and Denmark and finally  Uzbekistan were attracting more people with their  warm hospitality. 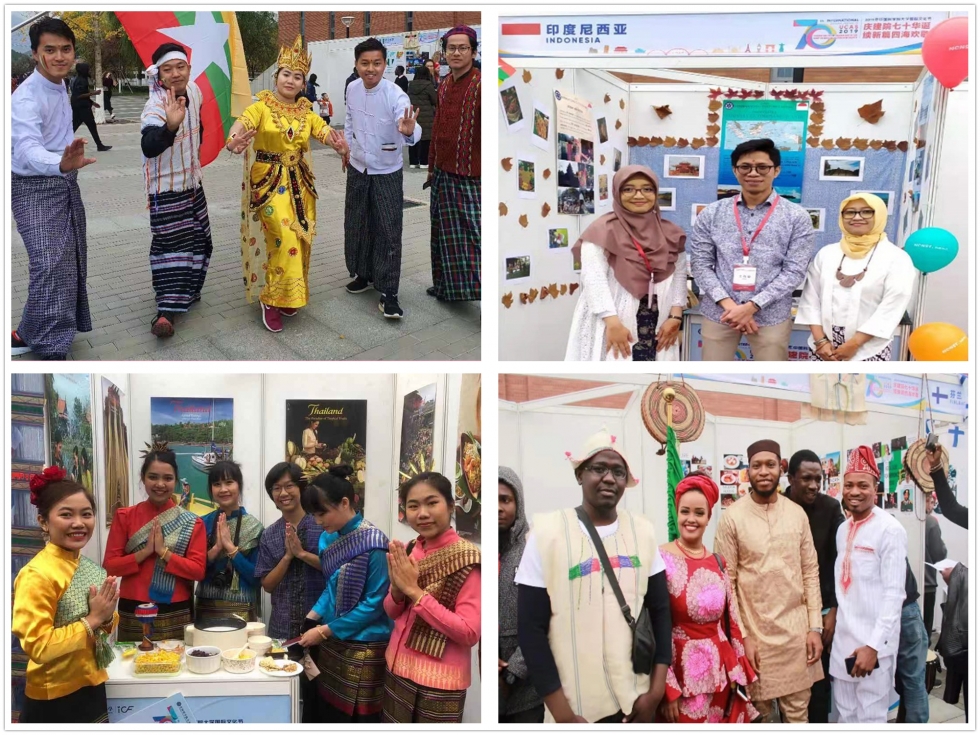 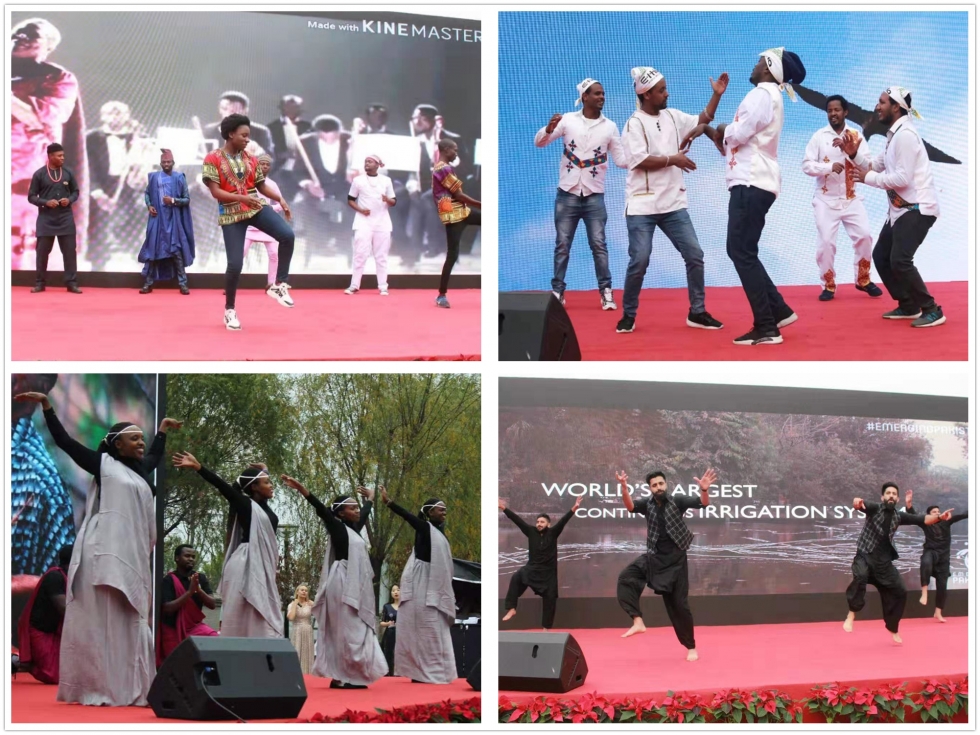