Recently, researchers from the Institute of Subtropical Agriculture (ISA) of the Chinese Academy of Sciences, together with collaborators from home and abroad, identified different forest and land management strategies as well as their biomass carbon sinks from 2002 to 2017 in southern China by combing optical and low frequency passive microwaves satellite data. They also evaluated soil moisture trends from 2010 to 2017 for this area.

Mitigating climate change while improving people's life is a big challenge in the 21st century. Forestation can generate income and sequesters carbon in tree biomass, which is considered a possible way to limit global warming. However, the competition for land between forestation and food production increases with population growth.

Moreover, large-scale forestation can induce negative ecological effects. For example, the high water demand of new plantations can decrease soil moisture and renewable freshwater resources. However, neither the carbon sequestration of different forestation types nor their impact on soil water is well known.

To combat land degradation and fight poverty, the Chinese government has launched a number of ecological projects in southern China, which made this region one of the most intensively managed forests in the world. How these types of forest management impact on the regional carbon sequestration is not well studied yet.

The researchers found that new forests are widespread over southern China representing an extensive carbon sink and offsetting an amount of carbon equivalent to one third of the regional fossil CO2 emissions. Also harvested forest areas as well as non-forest regions contributed a considerable part to the carbon sink, while timber harvest was tripled during 2002- 2017.

However, the researchers also found that possible soil water depletion and the limited availability of arable land challenges the longevity of the carbon sink service in southern China.

"Our study is not only crucial for China but also to other sub-tropical regions that are experiencing fast tree cover loss and continued expansion of croplands in hill-slopes." said WANG Kelin, corresponding author of the study.

This work was supported by the Marie Curie fellowship, the AXA research grant, the National Key Research and Development Program of China, the Strategic Priority Research Program of Chinese Academy of Sciences, etc. 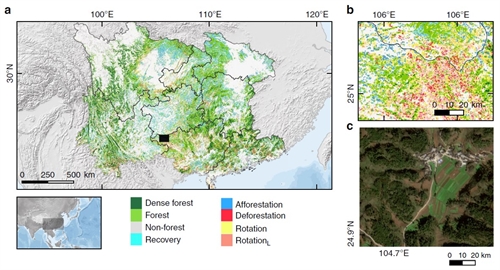 Fig. 1. Land use in southern China.(Image by Martin Brandt) 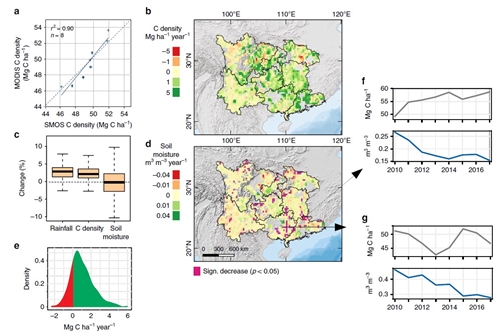