Since Jan 23, when Wuhan, Hubei province, China's core battlefield against the deadly novel coronavirus, came to a halt, the city has witnessed numerous sorrows, but also hope.

With spring arriving, it is gradually returning to normal, and the lockdown is to be lifted on Wednesday.

During the winter, China and its 1.4 billion people experienced the rapidly spreading COVID-19 outbreak. It has caused the most extensive infections and has been the most difficult disease to contain domestically since the founding of New China in 1949.

By Sunday, the pandemic has claimed the lives of 3,331 people and infected 81,708 on the Chinese mainland.

Although the country remains vigilant over imported infections and asymptomatic cases, the darkest moment seems to have passed.

"As China emerges from a two-month containment phase and moves into the mitigation stage, its experience is helping countries currently at the start of the COVID-19 cycle to plan their responses better," the World Health Organization said in its daily situation report for Sunday.

On Jan 23, when Wuhan imposed the lockdown, 259 confirmed new infections were reported on the mainland. The number continued to rise, peaking at 15,152 on Feb 12. 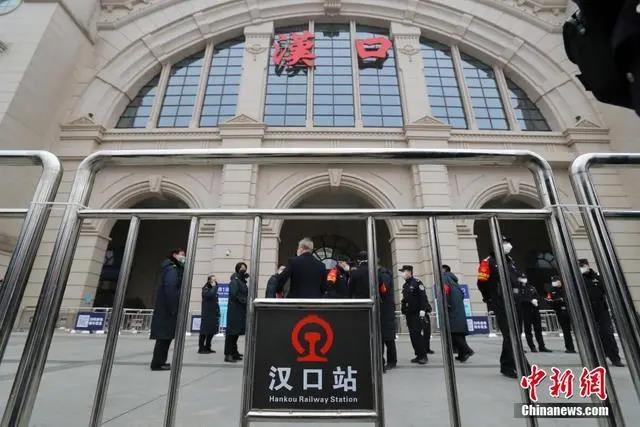 On Feb 19, the number dropped to three digits, and on March 6, to two digits — where it has remained, with most cases imported, according to the National Health Commission.
Zhang Wenhong, leader of the Shanghai team of experts treating COVID-19 cases, said, "We've managed to contain the outbreak in two to four months, which is unprecedented in the history of epidemics, and unprecedented in the annals of medical history.
"I feel proud of those brave ones, of our country and of our people."
However, while local transmission of the virus has been basically stemmed in China, the outbreak continues to spread worldwide. In recent weeks, Chinese academics and medical workers have been communicating frequently with their foreign peers to see if the country can offer its experience to help contain the pandemic.

They believe the measures that have played a key role — including the Wuhan lockdown, massive testing, strict quarantine regulations and timely treatment — are all fundamental tools to break transmission of the virus.
Experts also point to several other crucial factors. These include: swift national mobilization, especially assistance to Wuhan on a huge scale; cooperation from the public, which made various isolation and social distancing policies a reality; and the country's strong command system with President Xi Jinping as the core, which ensured efficient and synchronized policies in various regions.

It was not an easy decision to seal off Wuhan, a city of more than 11 million people and one of the country's busiest traffic hubs.
Even before the lockdown was enforced, Wuhan had the majority of all confirmed COVID-19 cases on the mainland. By Jan 23, there were 495 confirmed infections in the city, accounting for 90 percent of the cases in Hubei, and about 60 percent of the total on the mainland. Nearly all the cases outside the city were found to be linked to Wuhan.
Zhong Nanshan, a member of the Chinese Academy of Engineering and a prominent respiratory disease expert, together with a group of other experts who made a field trip to Wuhan in January, suggested strict control of movement in and out of the city to curb the spread of the virus. 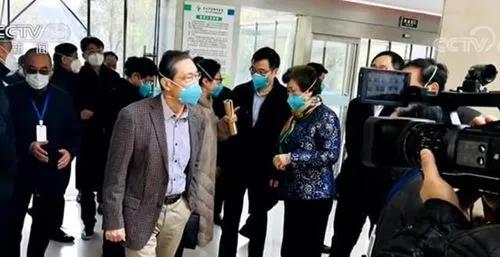 China was experiencing the Spring Festival travel rush, when billions of trips are usually made across the country. However, this would greatly increase the chances of infection nationwide.
On Jan 22, the central leadership ordered Hubei to impose strict controls on outbound travel — a decision Xi described as "very tough" and that took "huge political courage" to make.
On Jan 23, all outbound and inbound flights, rail, bus and ferry services to and from Wuhan were suspended — apart from those required for emergency purposes — effectively isolating the city from the rest of the country. All public transportation in the city, including the subway, buses and taxis were also suspended — a measure aimed at minimizing chances of the virus spreading.
It was an unprecedented move in China's modern history, and other cities in Hubei took similar measures, with the lockdown swiftly extended to the whole province.

Chen Jianguo, vice-president of Huazhong University of Science and Technology and president of Tongji Medical College in Wuhan, said, "The Wuhan lockdown, one of the first major measures taken following the outbreak, has played a pivotal role in containing it."
In the following two months, Wuhan remained the hardest-hit city, but the situation gradually stabilized and improved. On March 11, about 50 days after the lockdown was enforced, newly reported infections in the city dropped to a single digit for the first time. 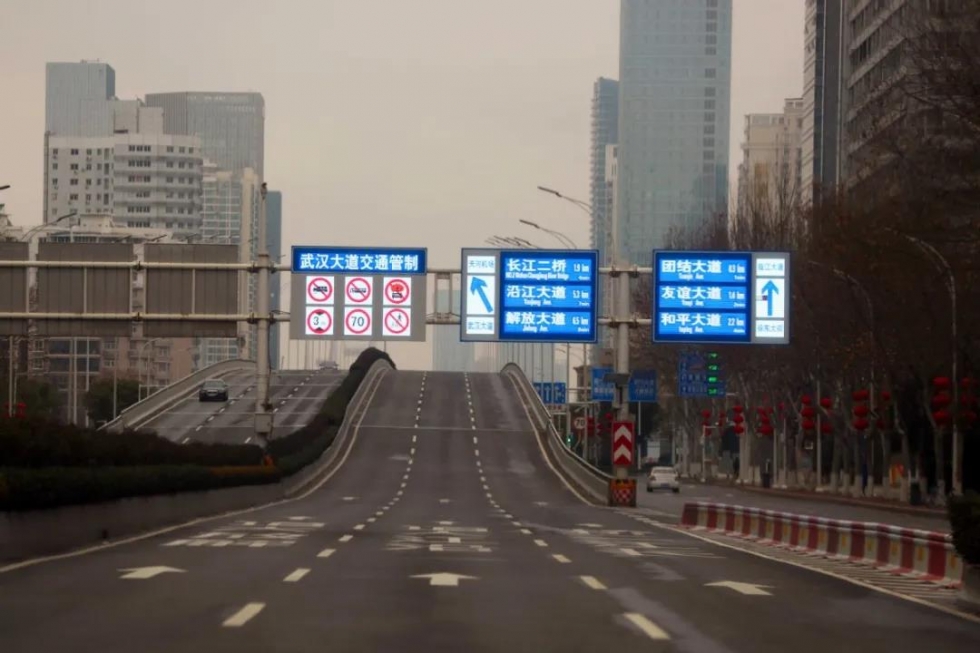 ▲ Photo by Zhu Xingxin/China Daily
Zhou Weisheng, a professor at the College of Policy Science at Ritsumeikan University in Kyoto, Japan, said: "If China had not imposed the lockdown in Wuhan and some other cities, the number of people infected with the virus may have been more than 10 times higher. Considering the lack of effective prevention and treatment methods for COVID-19, cutting off the source of infection (by locking down Wuhan and some other cities) resolutely and as soon as possible should be the first measure taken, despite the great cost."
A number of published research studies have also illustrated the significance of the unprecedented measure.
According to a study published in the journal Science on March 31, the Wuhan lockdown, together with the national emergency response, reduced the number of confirmed COVID-19 cases outside Wuhan on the mainland by 96 percent within a month of being implemented. Without the lockdown, by Feb 19, the number of such confirmed cases would have reached more than 740,000, instead of fewer than 30,000, the study found.
Source: China Daily