After the outbreak emerged, China ordered all-out efforts to provide viral tests and treatment for all those in need, and imposed isolation measures on confirmed and suspected cases, and close contacts of confirmed infections. This was seen as another crucial measure that helped flatten the curve of new infections.

At the end of January, the outbreak had spread extensively in communities in Wuhan, according to Vice-Premier Sun Chunlan, who heads a central government work team for COVID-19 epidemic control in Hubei. A large number of patients kept moving between hospitals and their communities, posing a severe challenge for control and prevention work.

In early February, under the guidance of the team, the authorities in Wuhan intensified efforts to identify all cases and close contacts in residential communities and sent them to designated hospitals and other facilities for treatment or medical observation under isolation.

Given the high infection rate and the lack of medical resources at the time, this was an extremely arduous task. 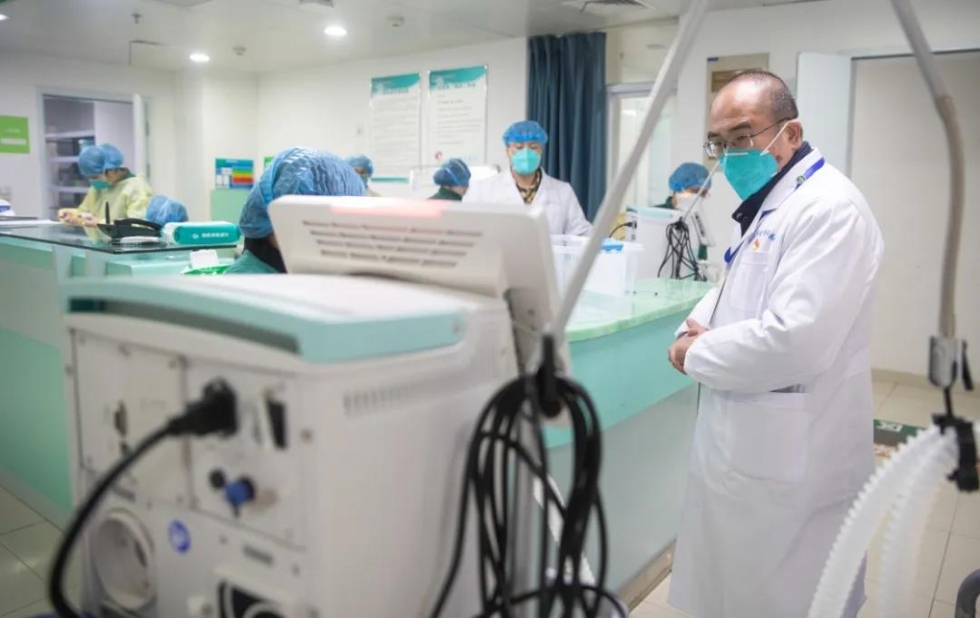 In about two weeks, the authorities in Wuhan had inspected 4.2 million households in the city and identified 18,000 confirmed and suspected COVID-19 cases and close contacts of confirmed patients. They were all sent to hospitals and other designated facilities, according to official data.

Wang Chen, president of the Chinese Academy of Medical Sciences, said the central government's decision to provide free tests and treatment for all people in need played the most important role in controlling the outbreak.

In the early stages of the outbreak in Wuhan, a major challenge to universal testing — a precondition for all cases being received by medical facilities — was the lack of capacity, which lagged behind the rapidly rising demand from patients, Wang said.

"In the beginning, only centers for disease control and prevention could provide viral nucleic acid tests," he said. "Later, many hospitals could give the tests, which greatly eased the problem." 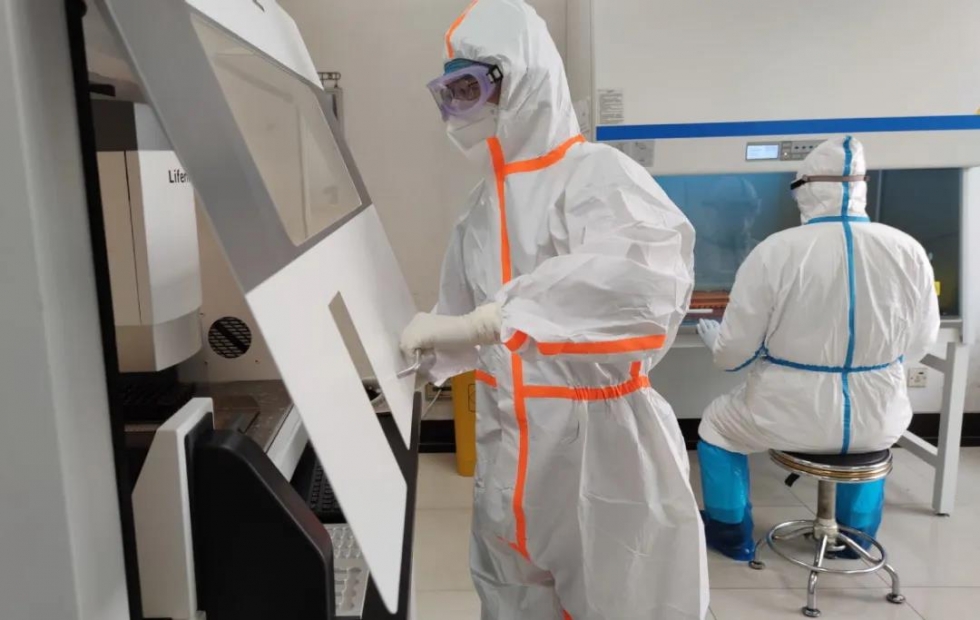 However, with the fast-growing number of people needing medical treatment or to be quarantined, Wuhan faced another critical problem — the lack of hospital beds.

As the city's medical resources were far from sufficient to cope with the peak of the outbreak, two temporary facilities — the Huoshenshan Hospital and Leishenshan Hospital — were completed within two weeks in early February, providing a total of more than 2,000 beds for patients in critical condition. 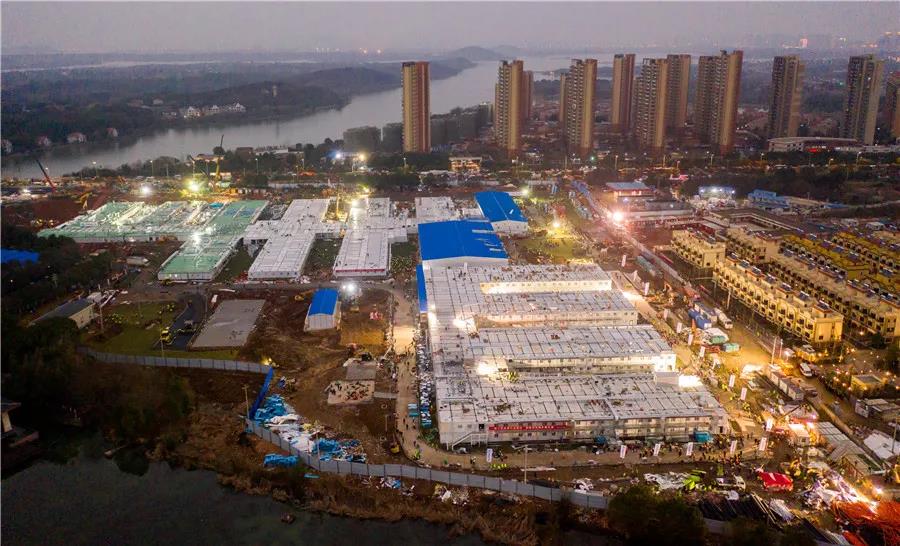 Wuhan resident Feng Bangli was cured of COVID-19 and discharged from a makeshift hospital at the end of February. "I could not find a bed at any designated regular hospital in Wuhan, as there were so many patients. So, in early February, I had to stay at a designated hotel for isolation," he said. "When the Fangcang shelter hospital was set up, I saw hope."

With temporary hospitals built and existing ones expanded, the shortage of beds was no longer a problem in Wuhan. All patients could now be admitted to hospitals, which helped effectively control the infection source, said Tang Zhouping, a professor of neurology at Tongji Hospital and also president of Guanggu Fangcang Shelter Hospital — a temporary facility transformed from an exhibition center.

Wang Chen, from the Chinese Academy of Medical Sciences, said building makeshift hospitals was a key decision made at a critical time when Wuhan faced a formidable task in epidemic control, and was also "a core measure" in implementing the policy to test, treat and isolate all those in need.

"In addition to providing treatment for patients, such hospitals are, first of all, ideal sites for quarantined patients so that they do not spread the disease," he said. "In addition, as such hospitals only receive patients with mild symptoms, many of them will not end up in designated hospitals, so critically ill patients have more chances of being admitted."

The 16 temporary hospitals, which offered about 14,000 beds, were all closed by March 10 due to a fall in the number of patients. The hospitals received more than 12,000 COVID-19 patients in Wuhan, accounting for nearly 25 percent of all those in the city, according to the National Health Commission.

Richard Horton, editor-in-chief of The Lancet, a medical journal based in the United Kingdom, wrote on his Twitter account on April 3: "Fangcang shelter hospitals were critical elements in China's successful response to SARS-COV-2. They were large, quickly repurposed and cost-effective. They stopped intrafamilial transmission, reduced hospital pressures and enabled efficient triage." 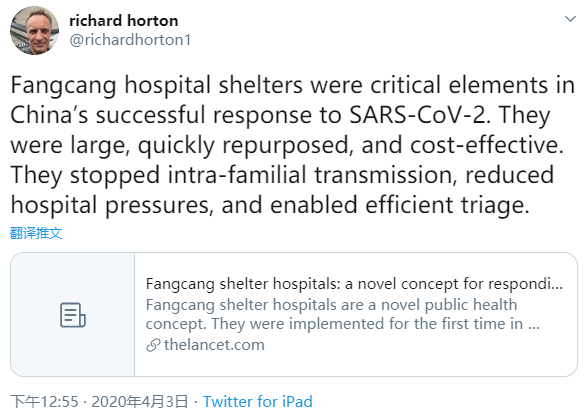 Meanwhile, Tang said the measure to isolate all patients who recovered, suspected cases and close contacts of all confirmed patients for 14 days at designated quarantine sites, and require self-observation at home for another 14 days, was also an important factor.

Official data show that more than 530 hotels, training centers and recreational venues in Wuhan have been transformed into quarantine sites.

While there is still no specific medicine or vaccine to treat COVID-19, Chinese health experts are exploring a treatment that combines traditional Chinese medicine and Western medicine. Of all confirmed cases on the mainland, more than 90 percent have received TCM treatment, and this has been effective in over 90 percent of them, according to the National Administration of Traditional Chinese Medicine.

Yu Yanhong, Party chief of the administration, said late last month TCM treatment could significantly relieve symptoms in COVID-19 patients, while preventing the condition worsening among those with mild symptoms. "It has been proven that TCM can improve the recovery rate, while reducing the death rate effectively," Yu said.