Legislation on external affairs to be beefed up 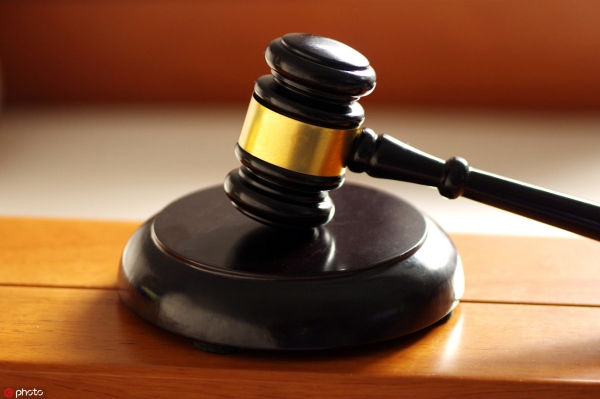 Their remarks came after the Standing Committee of the National People's Congress, the country's top legislature, clarified in its annual work report issued in March that it would upgrade China's legal tool kit to meet challenges and guard against risks in its efforts to oppose foreign sanctions, interference and long-arm jurisdiction.

Ma Yide, a law professor at the University of Chinese Academy of Sciences, said accelerating legislation is key in the development of the nation's legal system regarding external affairs, especially in the face of complex international situations, and is also a crucial step in the advancement of overall law-based governance raised by the central leadership.

In November, President Xi Jinping stressed taking a coordinated approach to promoting the rule of law domestically and in matters involving foreign parties, and called for efforts to better safeguard national sovereignty, security and development interests.

Ma said, "Ensuring legislative quality through sufficient research and in-depth studies is significant, because it strongly relates to national sovereignty and security and other interests."

As a deputy to the NPC, Ma proposed formulating a foreign state immunity law last year following litigation filed in countries like the United States against China over COVID-19 control and prevention.

Alongside the deepening of international exchanges and the acceleration of globalization, there are a growing number of lawsuits against other countries and their governments, "but our nation doesn't have a specific law in this sector", he said.

"So it's hard for Chinese parties to sue other countries in Chinese courts to claim rights and interests, and there is no law to follow when our courts handle cases concerning sovereign immunity," he said.

"I made the proposal because the problem has become particularly acute during the pandemic," he added. "It will facilitate equal protection of Chinese and foreign investors' legitimate rights and interests."

Ma said he was invited by the Foreign Ministry and the NPC Standing Committee's Legislative Affairs Commission to participate in research efforts and seminars to push forward his proposal.

Huang Jin, a law professor at China University of Political Science and Law, also welcomed the promotion of a legal toolbox against sanctions and interference, emphasizing that the opening-up policy and peaceful development must be highlighted in such legislation.

Huang suggested that the legislature respect and abide by international laws, rules and treaties China has entered into while making laws in this regard, underscoring that the legislative priority is to build a community of a shared future for humanity.

Compared with drafting specific laws related to external affairs, he said it is more urgent for the country to make a law regarding external relations.

"Our ultimate goal is to solve issues and problems involving external contents by rule of law, so we need to make clear what basic principles we have to uphold at first in a law as a framework," Huang added.

China has made greater efforts in developing a legal system involving external affairs in recent years. For instance, it has added foreign-related articles or content to several laws, including those concerning national security and against monopolies, according to Huang.

It has also strengthened legislation to resolve conflicts and contradictions in economic and trade sectors over the past few years, he said, citing the Foreign Investment Law adopted by the NPC in 2019 as an example.

Both Ma and Huang called for more universities and colleges to set up international law schools to deeply study legal issues related to global affairs and develop more judicial talent.