In the afternoon of July 5, SDC Graduation Ceremony and Degree Awarding Ceremony 2021 was held in the Sino-Danish Centre for Education and Research Building. In total, about 352 graduates graduated this year, which include the cohort 2017 and cohort 2018. 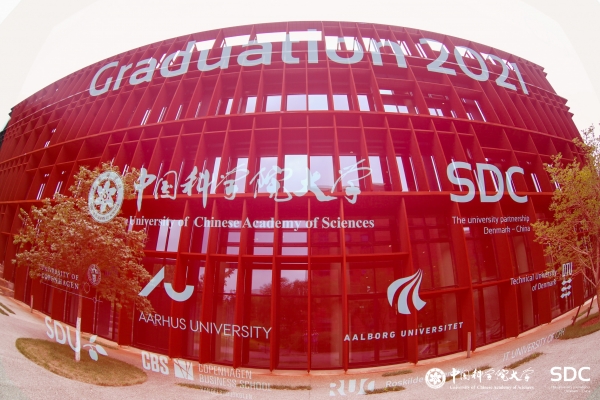 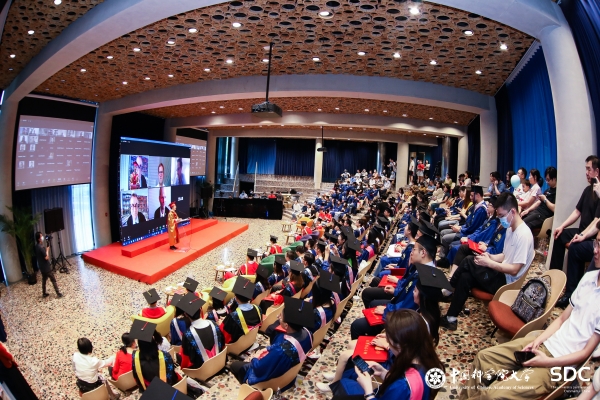 The graduation and awarding ceremony started with Dean Zhao Hong’s opening speech. She warmly congratulated students on their successful graduation and all SDC faculty made great achievements in teaching and educating. 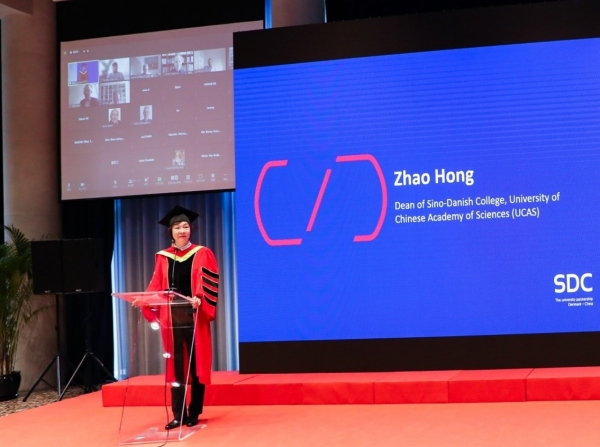 President Wang Yanfen made her speech: “SDC is a cross-cultural science and education platform signed and approved by UCAS and the Danish Ministry of science, innovation and education. It is also a milestone in the continuous development of science and education relations between China and Denmark.” When she talked about the achievements of SDC in the past ten years, she said that a large number of international talents have gone from here to the world. She sincerely wished that “I hope every outstanding graduate will always carry the spiritual character given to you by SDC in the journey of pursuing dreams and moving towards the future.” 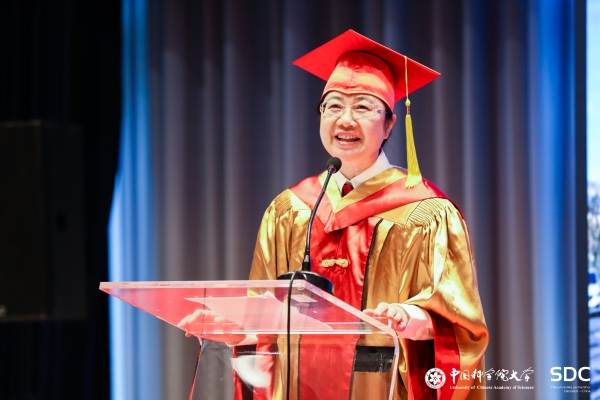 President Philip John Binning expressed the pity for not being at the ceremony in person due to the epidemic this year. He emphasized close cooperation between China and Denmark and the profound friendship among teachers and students cannot be separated. He wished, in the next decade, more students would realize their dreams of scientific research. 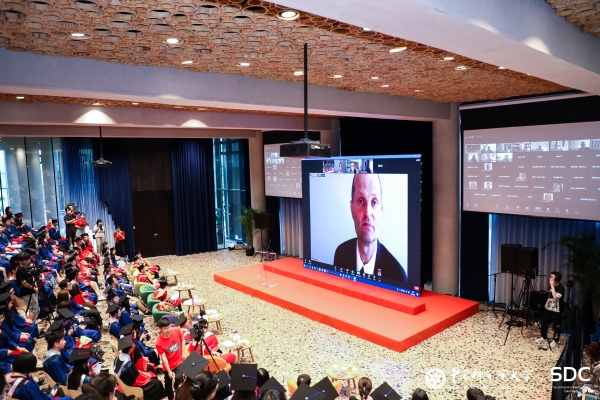 Professor Yan Chaogan, from Institute of Psychology, CAS, delivered his speech on behalf of SDC Chinese supervisors. He gave two sentences to graduates for their following path. “The only failure in life is not to try again. The efforts will not be in vain.” He shared his true feelings with students “Rain or shine I’m on the road, heading towards a destination already chosen.” 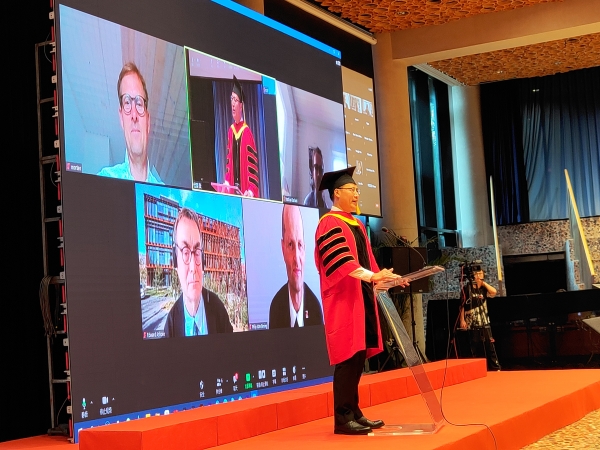 Institute of Psychology of the Chinese Academy of Sciences

Professor Edward Ashbee from Copenhagen Business School said that SDC has always attached great importance to education. Its rich systematic curriculum aims to cultivate innovative and interdisciplinary talents. The essence of academic achievement lies in the application of learning. From classroom to practice, from scientific research theory to the world, this is the only way for every SDC students to contribute to the society. 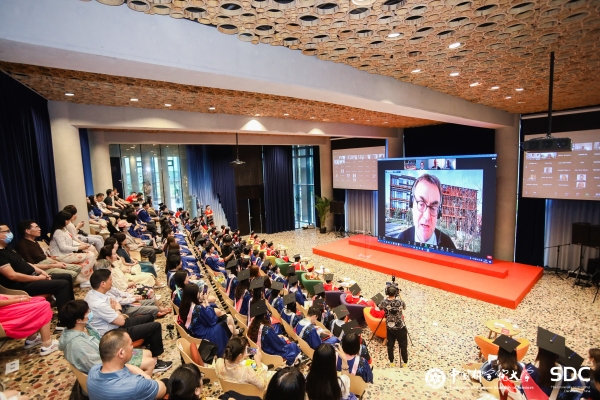 Two outstanding graduates delivered speeches respectively. Cai Xinlu, a 2021 PhD graduate, said that “the unique feature of the education in SDC is the international and diversified vision, open and critical thinking”. In retrospect of SDC study, she wished all graduates a bright future. Mathias Klarlund, a 2021 master graduate, recalled his study time in China. “Only by giving laughter to the world can we gain more happiness.” He said, the story happened in China is a rare wealth in his life. 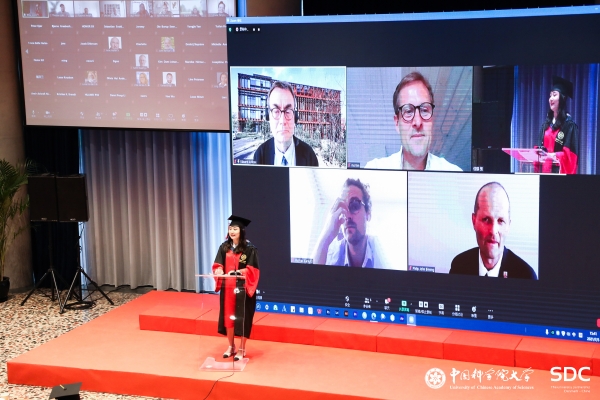 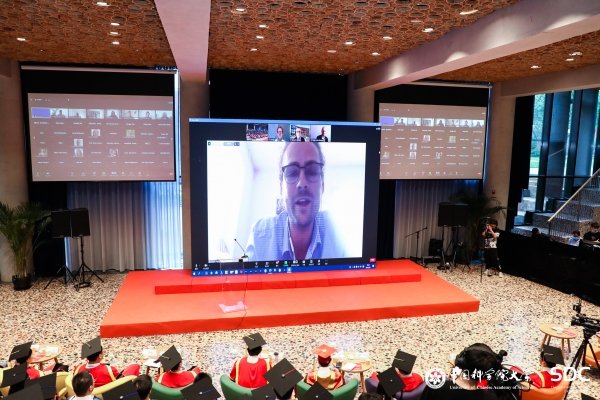 Graduation speech by the representatives of Chinese and Danish students 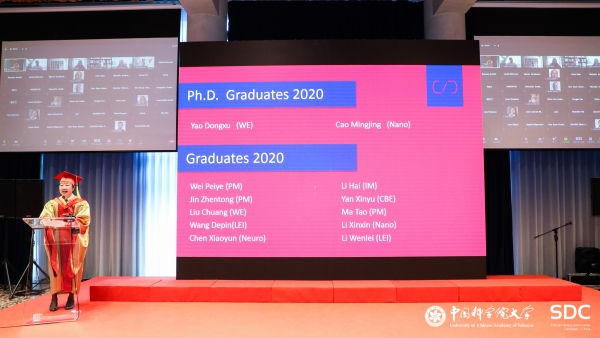 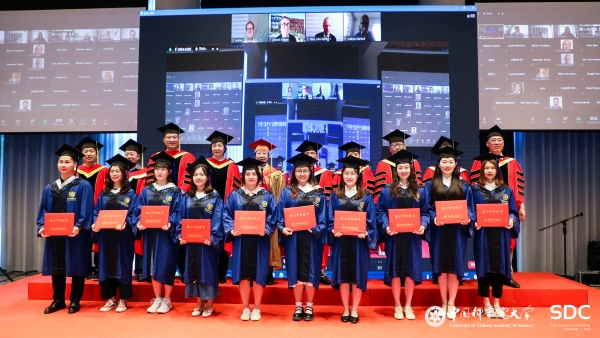 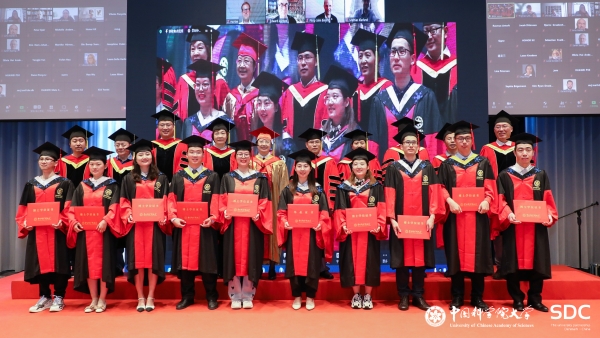 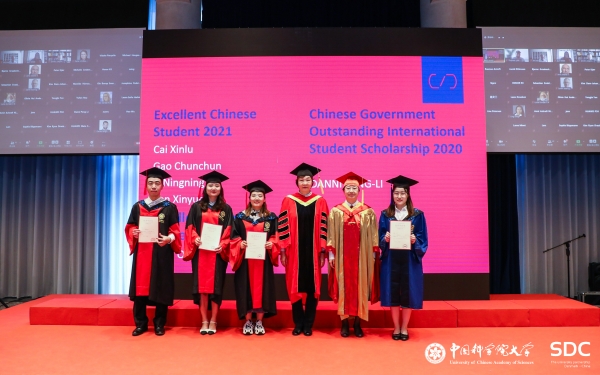 Morten Laugesen, Danish director of Sino-Danish Centre for Education and Research, delivered the concluding speech. He wished the excellent SDC graduates should always keep a fighting spirit and be the mainstay of constructing the world. Waving goodbye to SDC and marching forward to a new journey of life, SDC students are shining pioneers of the times and pioneers of the new world! 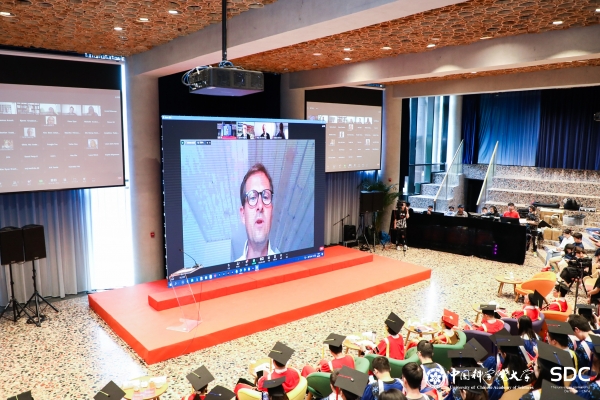 Morten Laugesen, Director of the Danish side of the Sino-Danish Center

SDC Graduation Ceremony and Degree Awarding Ceremony 2021 ended with the chorus of the graduate representatives. 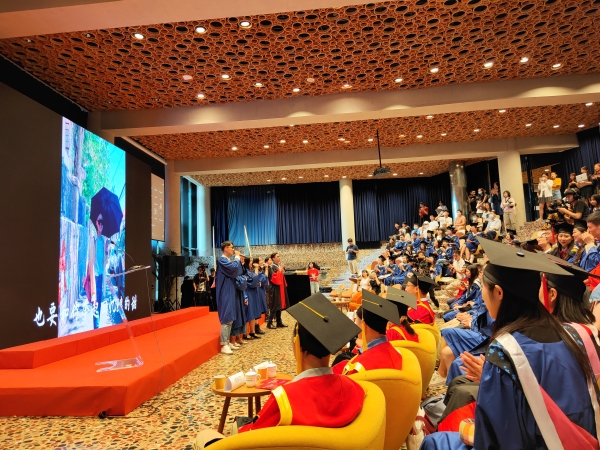 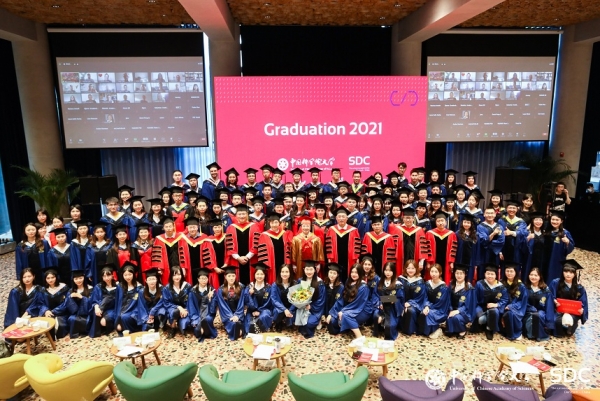 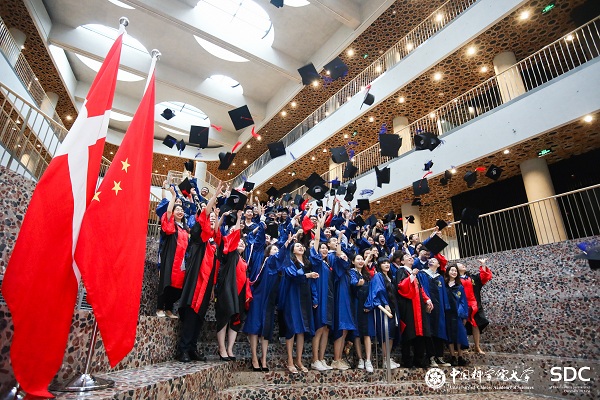 Group photo of students and teachers at the graduation ceremony