Osteichthyans (bony fishes and tetrapods) have the maxillary, premaxillary, and dentary bones, all with facial laminae, whereas placoderms (jawed stem gnathostomes) have supposedly non-homologous gnathal plates that lack facial laminae. The discovery of Entelognathus from the Late Silurian (Ludlow) Xiaoxiang vertebrate fauna of Yunnan, China in 2013, revealed the presence of maxilla, premaxilla, and dentary, supposedly diagnostic osteichthyan bones, in a placoderm near the crown gnathostome node. However, the relationship between these marginal jaw bones and the gnathal plates of conventional placoderms remains uncertain.

In a study published October 21 in Science, paleontologists from the Institute of Vertebrate Paleontology and Paleoanthropology (IVPP) of Chinese Academy of Sciences, University of Chinese Academy of Sciences (UCAS) and Uppsala University in Sweden reported a second Silurian maxillate placoderm, Qilinyu rostrate, which bridges the gnathal and maxillate conditions. Researchers proposed that the maxilla, premaxilla, and dentary are homologous to the gnathal plates of placoderms and that all belong to the same dental arcade, and the gnathal-maxillate transformation occurred concurrently in upper and lower jaws, predating the addition of infradentary bones to the lower jaw.

The holotype of Qilinyu rostrata represents a three-dimensionally preserved fish, collected from the Silurian Kuanti formation (late Ludlow, about 423 million years ago) of Qujing, Yunnan. It is 126 mm in length as preserved, with an estimated total body length of more than 20 cm. Qilinyu is associated with the galeaspid Dunyu, the maxillate placoderm Entelognathus, and the osteichthyans Guiyu and Megamastax.

“Looking at the jaw bones of Entelognathus and Qilinyu we can see that they, in both fishes, combine characters of the bony fish jaw bones and placoderm gnathal plates. If placoderm gnathal plates represent an inner jaw arcade, similar in position to the 'coronoid bones' of bony fishes, we would expect to find gnathal plates just inside of the dentary, maxilla and premaxilla of Entelognathus and Qilinyu, but there is nothing there. Therefore, the simplest interpretation of the observed pattern is that our own jaw bones are the old gnathal plates of placoderms, lightly remodeled,” said study co-author Professor Per E. Ahlberg, Uppsala University in Sweden. “It seems like substantial parts of our anatomy can be traced back, not only to the earliest bony fishes, but beyond them to the strange ungainly armoured placoderms of the Silurian period.”

“Qilinyu expands our understanding of maxillate placoderms, previously represented only by Entelognathus. Qilinyu has a different body shape, with a ventrally positioned mouth and nostrils that are suggestive of a benthic feeder,” said study leader and project designer Professor ZHU Min of the IVPP, also a prefessor from UCAS. “Most importantly, the character combination of Qilinyu and its phylogenetic position as the most basal maxillate vertebrate illuminate the relationship between the marginal jaw bones of osteichthyans and the gnathal plates of placoderms.”

“The discoveries from China are changing that by showing how important placoderms are to understanding the early assembly of the vertebrate body plan”, Professor John Long from Flinders University in Australia, the president of the Society of Vertebrate Paleontology, commented in the accompanying Science perspective entitled “the first jaws”. The discovery of Qilinyu “fills a big gap in our understanding of how vertebrate jaws evolved“, he added.

This work was mainly supported by Major Basic Research Projects of China, the National Natural Science Foundation of China, and the Chinese Academy of Sciences 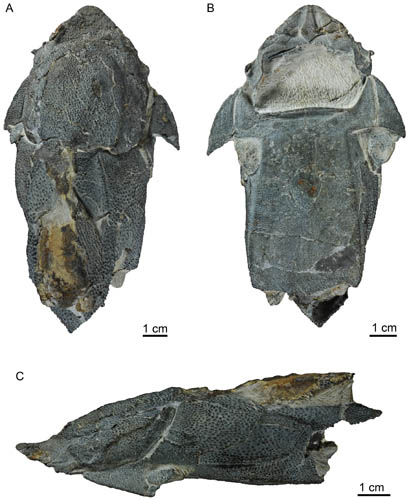 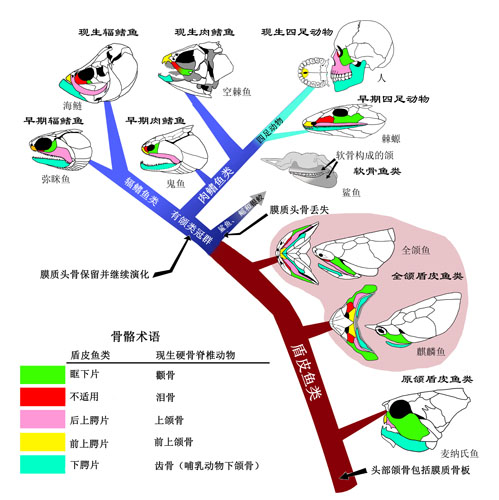 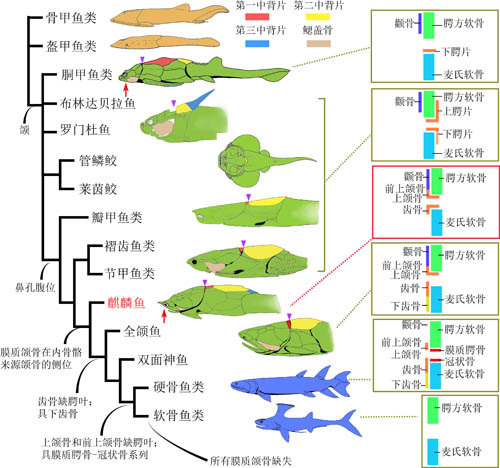