Researchers from the Key Laboratory of Computational Geodynamics (KLCG), College of Earth and Planetary Sciences constructed a numerical research on the geodynamic mechanisms of the contrasting along-strike lithospheric structure of the Tibetan plateau achieving important progresses. This research, entitled “Multi-terrane structure controls the contrasting lithospheric evolution beneath the western and central–eastern Tibetan plateau”, published on the Nature-branded primary research journal – Nature Communications（2018 September 17：3780）. The first author is Pengpeng HUANGFU, a postdoc of KLCG, and the corresponding author is Professor Zhonghai LI.

The Tibetan plateau is called “the Roof of the World”, which has been believed as the most magnificent and important orogenic zone in the Cenozoic (Figure 1). A good number of geophysical observations indicated contrasting along-strike lithospheric structure and potential different crustal-lithospheric evolution beneath the western and central-eastern Tibet, but the dynamic mechanisms and controlling factors are still poorly understood.

The Tibetan plateau is also manifested by the multi-terrane configuration, i.e., the Tibetan lithosphere was composed of accreted terranes before the Cenozoic India–Asia collision. The major terranes, from south to north, include Lhasa, Qiangtang, SPGZ, Kunlun–Qaidam, and Qilian terranes. According to the stratigraphy and pre-Cenozoic tectonic histories, the Lhasa and Qiangtang terranes can be integrated as a composite strong terrane, and all the terranes north of the Jinsha suture as a composite weak terrane, to represent the first-order multi-terrane heterogeneity of the whole plateau.

The mechanism of the contrasting lithospheric structures from western to eastern Tibet and the correlation with multi-terrane configuration, as illustrated above, remain challenging. In order to address these concerns, we conduct systematic numerical models to explore the roles of width, density, and rheological properties of the multiple terranes in the lithospheric evolution of the Tibetan plateau, which reveal two distinct collision modes. In Mode-I (“complete terrane detachment” mode), the lithospheric mantles of both the strong and weak terranes in the Tibetan plate were completely detached, followed by the underthrusting of Indian lithosphere beneath the whole plateau (Figure 3). Alternatively, Mode-II (“partial terrane detachment” mode) is characterized by full detachment of the weak terranes, but (partial) residue of the strong terranes during collision (Figure 4).

These two contrasting modes are broadly consistent with the lithospheric structures and the spatial–temporal distribution of post-collisional magmatism in the western and central–eastern Tibetan plateau. In addition, both the modes predict two significant detachment events, referring to the detachment of the Neo-Tethyan oceanic slab shortly after the India-Asia collision and the subsequent terrane detachment due to continuous convergence, which also agrees well with the tomographic imagings at ~1000 km depth beneath the India-Tibetan plateau area. This work is the first to reveal the role of geophysical shape of the terranes in forming the contrasting along-strike lithospheric structure beneath the Tibetan plateau. It contributes to better understanding of continental collision and Tibetan plateau evolution.

This research is supported by the Strategic Priority Research Program (B) of Chinese Academy of Sciences and the NSFC projects. 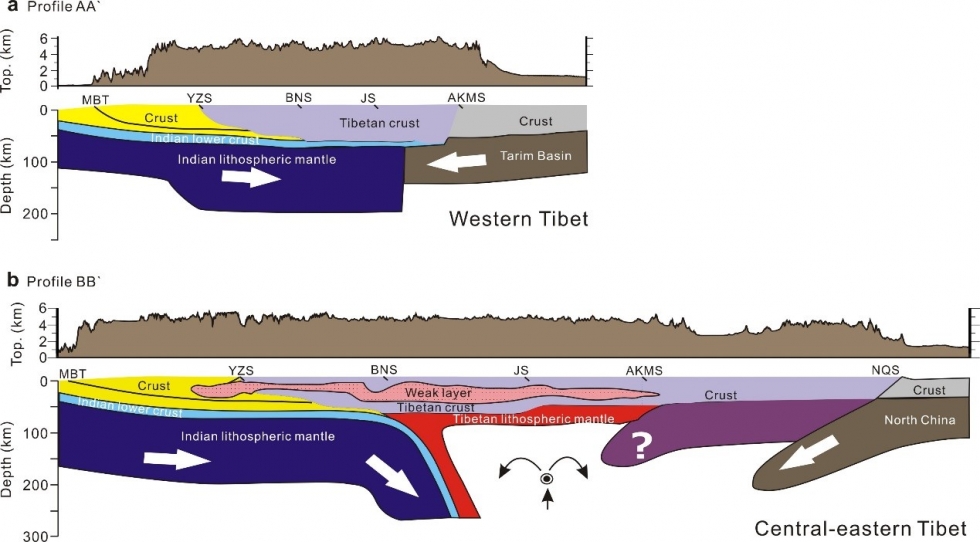 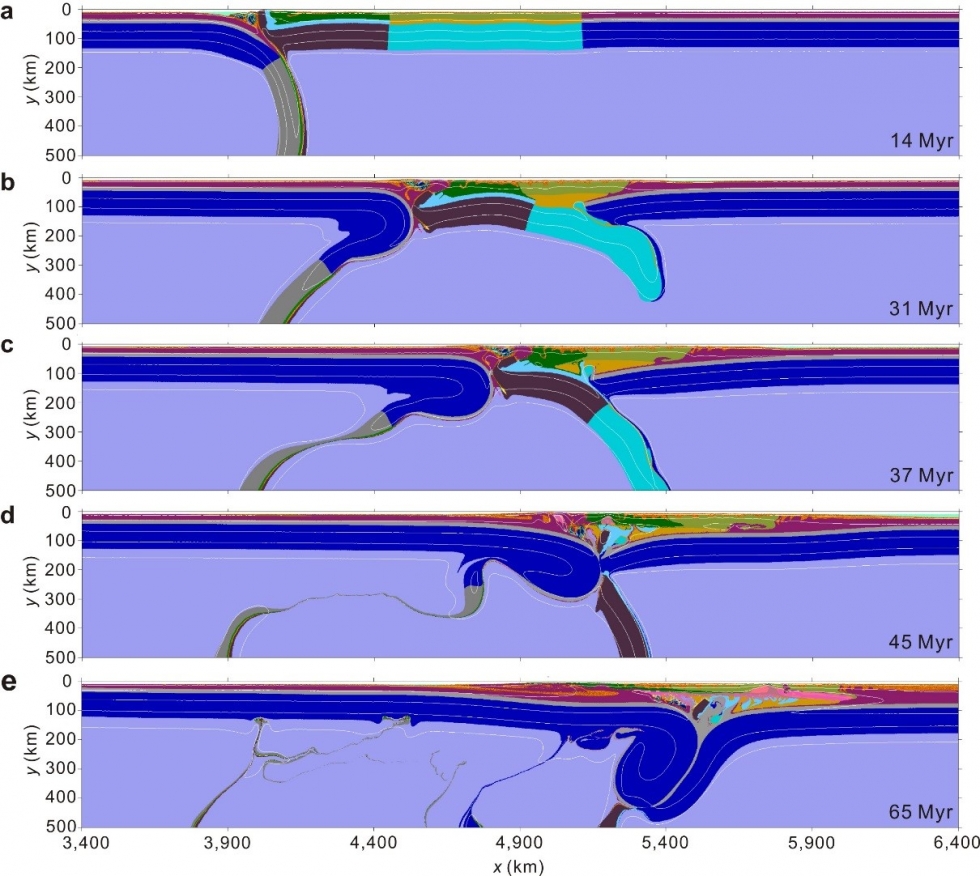 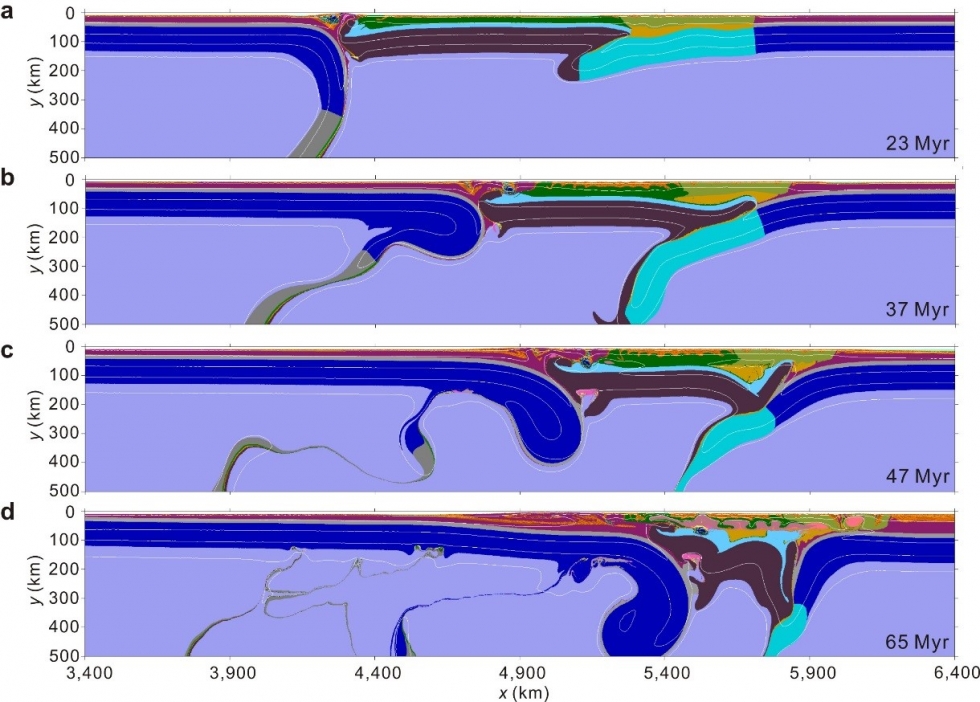