Commencement Ceremony for Over 10,000 Graduate Students at UCAS

The 2016 UCAS Commencement Ceremony was held at UCAS Yuquanlu campus on the morning of July 13.  A total of 10,288 graduate students were awarded degrees, including 5,079 doctoral students and 5,209 master’s students. Because this year marks the largest number of graduate students receiving degrees at UCAS, it has been considered a special year.

Supported by the advantages of cutting-edge research and the advanced human resources of CAS, UCAS is committed to building itself into a world-class university. It has adopted the philosophy "a fusion of scientific research and teaching" as its basic mode of education.

Prof. Ding Zhongli, president of UCAS and Vice-president of CAS, addressed the ceremony. He hoped all graduates would remain optimistic about their life, society, their country and their fellow human beings. He reminded graduates that they could become experts in all walks of life by endeavoring to gather deep knowledge.

Wang Xinran, a student representative as well as the winner of the Chinese Government Scholarship and CAS President Scholarship, expressed his tremendous gratitude to all UCAS supervisors. With eight papers cited by SCI, he shared his experience conducting scientific research, and encouraged his peers to take  “hard work” as the silver bullet to defeat depression, and also to set a  goal for themselves to be a dedicated scientific researcher.

The Sino-Danish College (SDC), approved by the Ministry of Education in 2013, is a Sino-foreign cooperative educational institution. This year SDC graduated its first 4 doctoral students with dual doctoral degrees from UCAS and a related Danish university. Claus Davidsen, a Danish graduate, spoke at the ceremony. He said today was a time for celebration. “We celebrate that we are graduates from a prestigious institution”. He said UCAS has added great value to his PhD study and its high reputation has opened many doors for him in China as well as internationally. He strongly encouraged graduates to use their knowledge wisely and work together across borders and across cultures to solve their common challenges. “We are the experts of tomorrow and the entire world depends on us.”

Prof. Liu Jifeng, vice director of UCAS College of Astronomy and Space Science, delivered a speech as a representative academic supervisors. He advised students to plan their time carefully, spending 70% of their time on current work, 20% on preparations for the next 20 years of their work, and 10% of their time creating a spiritual home unrelated to work. He called on all the graduates to always keep UCAS in mind. 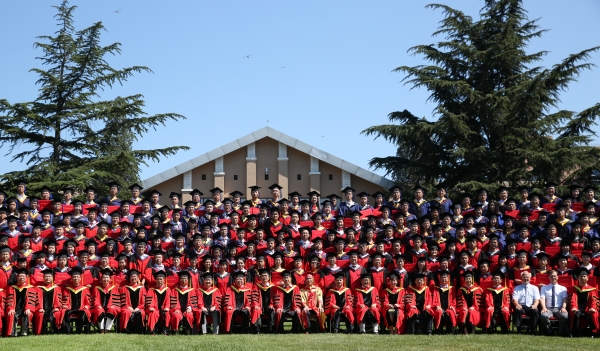 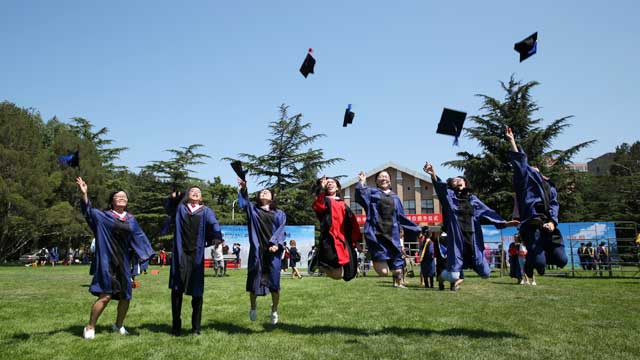 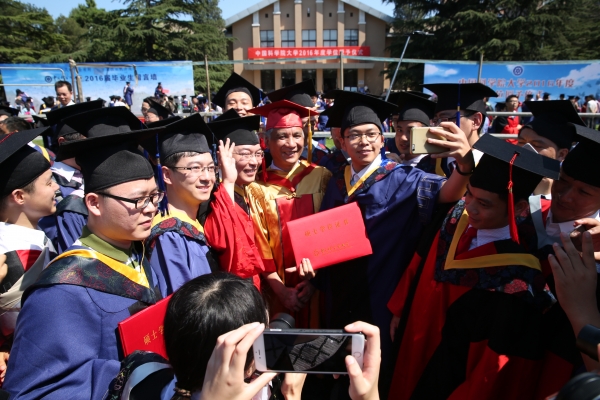 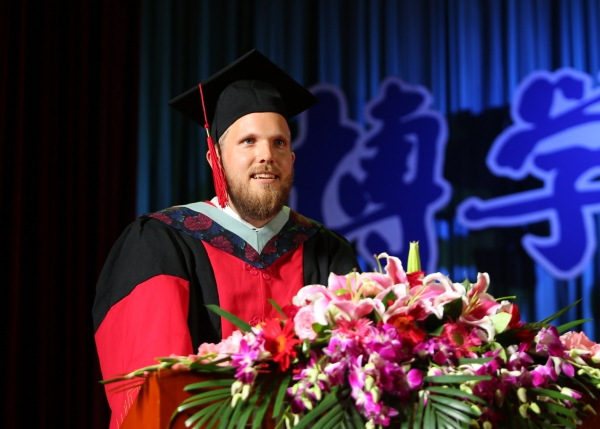