Prof. Richard Davies, the Pro-Vice-Chancellor of the Newcastle University (NU), visited UCAS on the afternoon of December 7, 2017. Prof. Su Gang, Vice President of UCAS, met with Prof. Davies and other visitors from NU at the Yuquanlu campus. 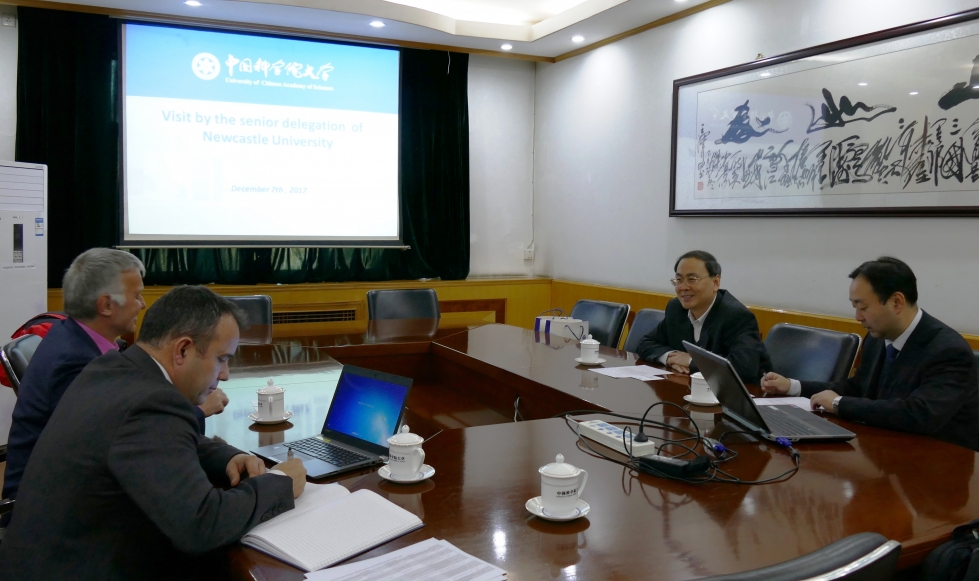 Su welcomed and briefed the UK visitors on the university - institute’s fusion of leadership, faculty, and management, as well as UCAS's “two-phase” mode of training. Prof. Richard Davies said NU was eager to cooperate closely with UCAS, and promoted the rapid development of research workshops and exchange programs.

Founded in 1834, the Newcastle University is a member of the Russell Group of 24 leading research-intensive UK universities. The Russell Group, founded in 1994, is called the ivy league of Britain. Newcastle University is recognized as a leading university both in the UK and globally.  In 2017, NU received the Gold Award in Teaching Excellence Framework.  It was named to the top 1% of universities in the world by QS and 105 in the Leiden Ranking.  Times Higher Education World University Rankings placed NU at 175th, and, according to the International Student Barometer, in 2016, it was ranked 18th in the world and 5th in the UK for overall student satisfaction.  In the Biomedical and Health Sciences, NU is ranked 46th in this year’s global Leiden ranking.