On the afternoon of March 22, a delegation from the University of Helsinki, led by Prof. Jouko Väänänen, its Vice Rector, paid a visit to UCAS, and Prof. Su Gang, the Vice President of UCAS met with the guests at the Yuquanlu campus. Dr. Feng Qi, PhD supervisor and professor of UCAS and AMSS, CAS, also attended the meeting. 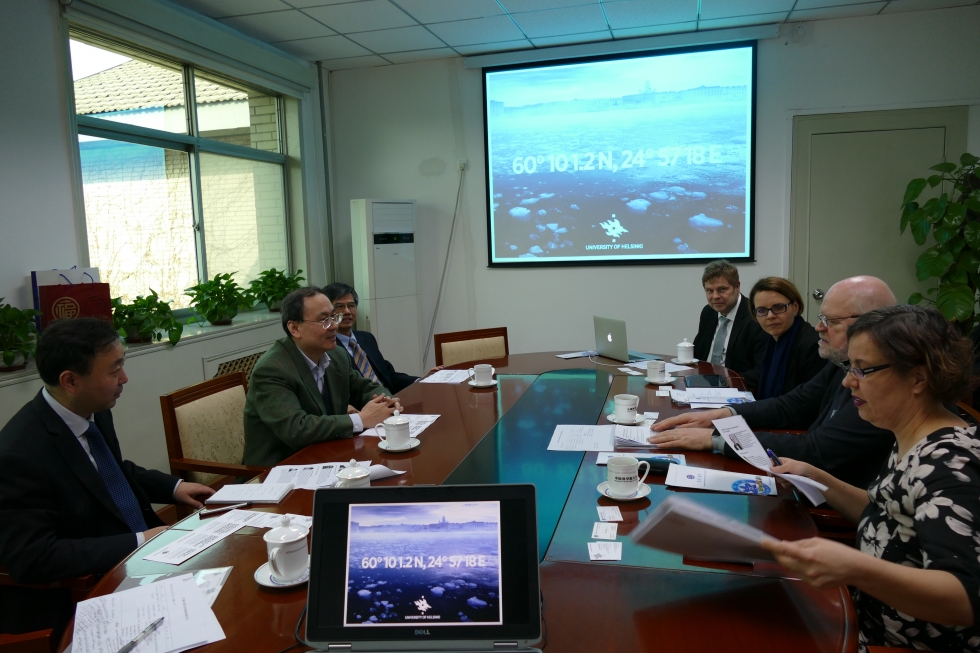 Su Gang welcomed Jouko Väänänen on his second visit in three months and introduced programs that UCAS students could use to study abroad and how they have been executed, as well as how foreign students studying at UCAS are trained. He expressed his wish that the scientific exchange programs between the two universities are well planned and implemented. 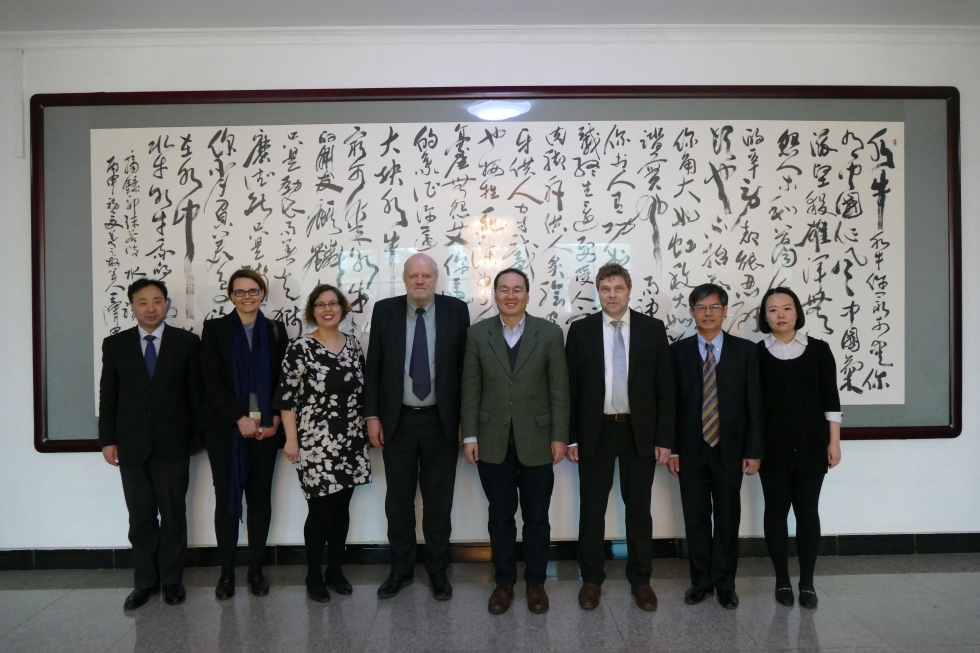 Afterwards, both sides compared notes on topics of interest such as summer schools and exchange visits of research and administrative staff. Both sides agreed to sign a memorandum of understanding between the two universities as soon as possible and to set up a clear cut cooperative mechanism.