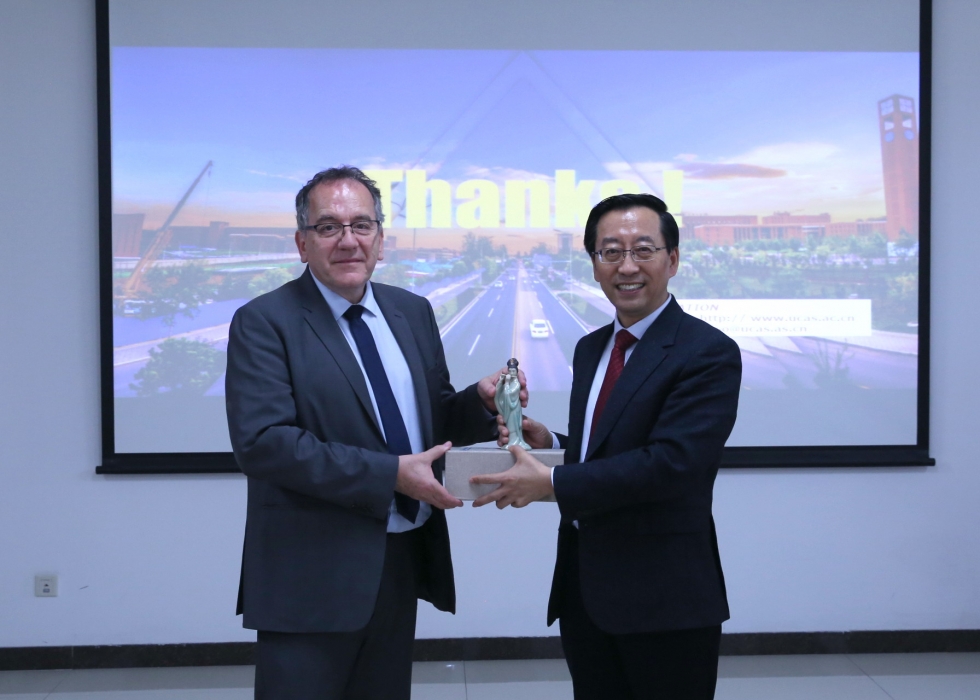 Prof. Zhang welcomed the senior delegation from Sorbonne University and briefed the guests on the history of higher education at the Chinese Academy of Sciences, the university - institute’s fusion of leadership, faculty, and management, as well as UCAS's “two-phase” mode of education and the supporting role of UCAS in the construction of discipline and development for Chinese Academy of Sciences. He also introduced the strategic positioning, scenario development and unique geographic development opportunity of UCAS for the Huairou Science City in the future.

Prof. Jean Chambaz expressed his appreciation to Zhang Jie for the hospitality during his visit. As the first university which he has visited aboard since being appointed the president of Sorbonne University, Prof. Jean Chambaz pointed out that both Sorbonne University and UCAS had similar development objectives, research atmosphere, international partnership plans. In addition, he noted that both shared a historical inheritance of sciences and education for their countries and a relatively young university history, along with the hope that both universities establish an international partnership, and draw up a collaboration agreement as early as possible.

Prof. Zhang agreed with Prof. Jean Chambaz’s suggestion and hoped the agreement would be put into practice by the end of this year. 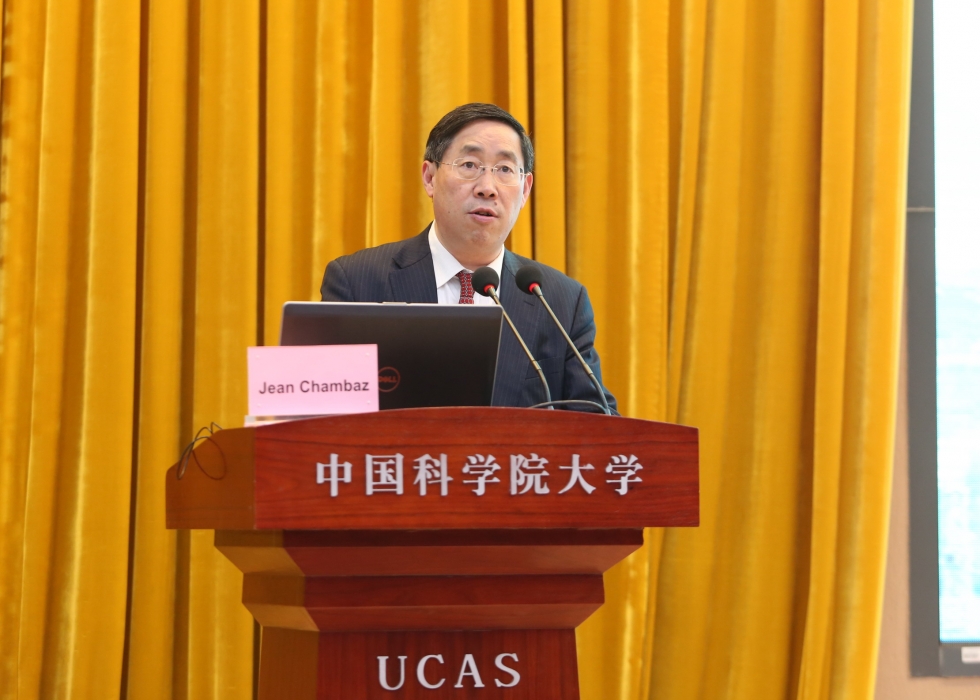 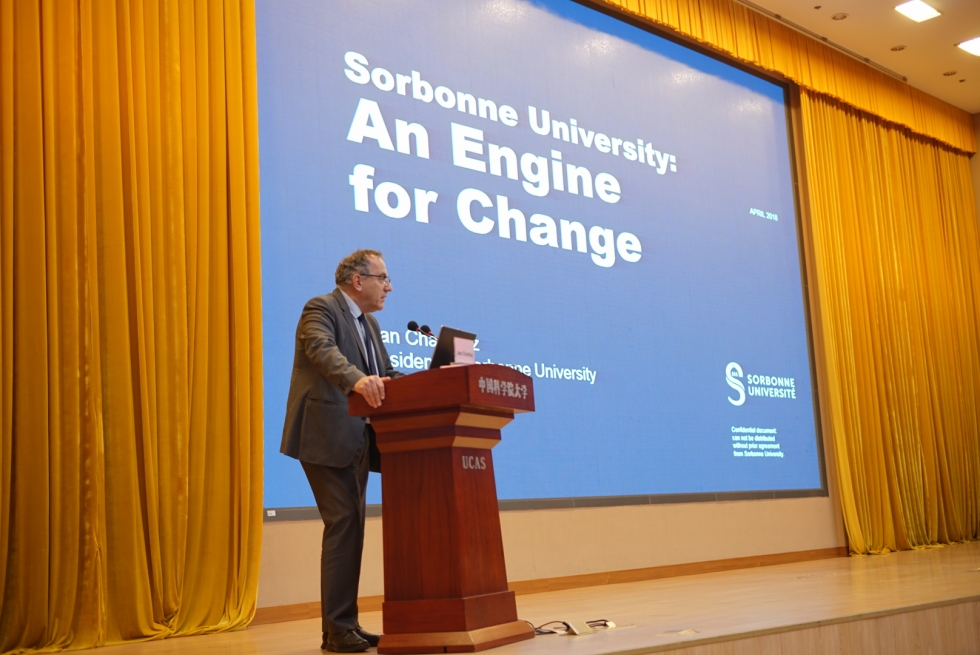 On the morning of April 28, 2018, Prof. Jean Chambaz was led by Prof. Wang Yanfen on a visit to Beijing Advanced Sciences and Innovation Center (BASIC), CAS, and the construction site of the Synergetic Extreme Condition Use Facility, Institute of Physics, Chinese Academy of Sciences.