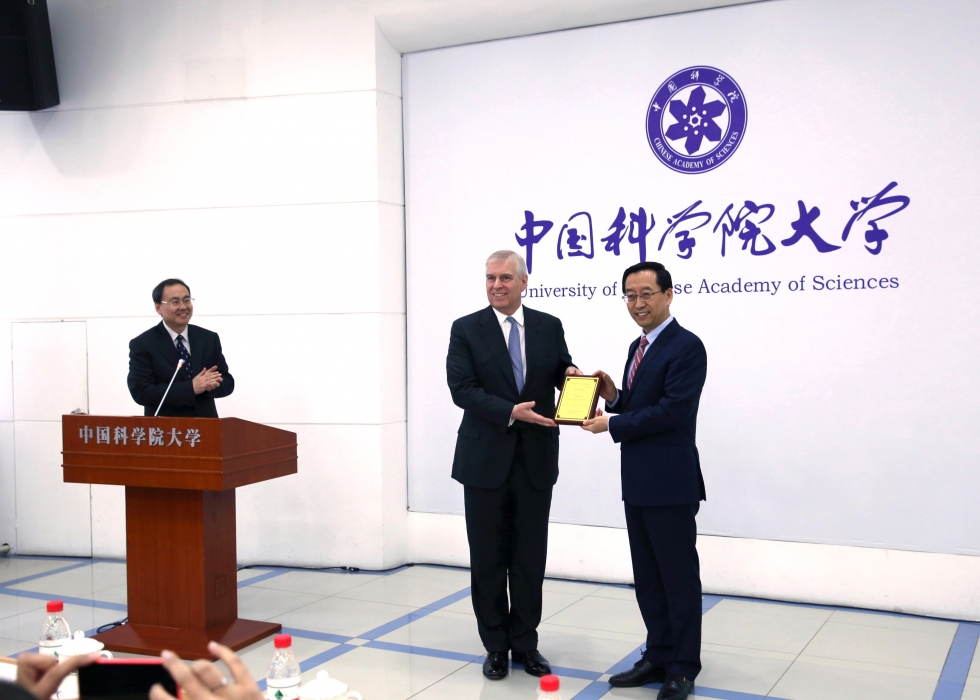 On May 31, 2018, Prof. Zhang Jie, Vice President of Chinese Academy Sciences and Chairman of the university council, University of Chinese Academy of Sciences (UCAS), met with His Royal Highness (HRH) Prince Andrew, Duke of York, KG at the Yuquanlu campus, where he briefed the honorable guest on the history of higher education at the Chinese Academy of Sciences. Prof. Zhang also explained the university - institute’s fusion of leadership, faculty, and management as well as UCAS's “two-phase” mode of education and conferred HRH Prince Andrew an Honorary UCAS Consultant Professorship. UCAS Vice President Prof. Su Gang hosted the Honorary Professorship Presentation Ceremony.

Speaking at the ceremony, Prof. Zhang detailed the work and academic career of Prince Andrew and expressed his great appreciation for his outstanding contributions.   Professor Zhang specifically thanked the Prince for constantly encouraging economic growth, supporting the creation of skilled jobs, focusing on the development of Science, Technology, and Engineering as well as for his active role in promoting scientific exchange and cooperation between China and UK.

Prince Andrew expressed his appreciation to UCAS for the honor of receiving a UCAS Honorary Consultant Professorship. As a very important part of the visit for the purpose of celebrating the 40th anniversary of the establishment of the university, the Prince gave a keynote speech on the development of science and technology, talent cultivation, Innovation and Entrepreneurship. Prince Andrew said if there was a field to endeavor on the professorship, he will take Entrepreneurship. The Prince also mentioned that the UK has a strong history of R&D in Artificial Intelligence (AI) and Machine Learning. In the 1950s it was home to early thinkers in the field, not least of which was Alan Turing, who posed the question ‘can machines think?’ and famously established the Turing Test – in which a person is tasked with distinguishing between answers given by a machine and a human – as a marker of machine intelligence. In today’s world, Prince Andrew noted, big business continually increases efficiency, which means fewer jobs for our young people. The Prince also contended that we need to ensure young people have the opportunity to develop relevant skills to become economically active and that there are jobs for them to go to. These jobs will come from Entrepreneurship. Supporting young businesses with growth, Prince Andrew insisted, is the key to the economic development. Finally, the Prince mentioned that businesses are created from the valuable Intellectual Property from research and this is why we must continue to strive to encourage and build innovation and technology. HRH Prince Andrew reviewed his official State Visit with President Xi Jinping as playing a key part in developing a new Golden Era between the UK and China. With more than a 20-year relationship with China, HRH Prince Andrew pledged that he would continue to focus on building economic prosperity by fostering the development of skills, entrepreneurship (innovation) and science, technology and innovation.  Prince Andrew quoted Helen Keller to end his speech, “Alone we can do so little, together we can do so much.” 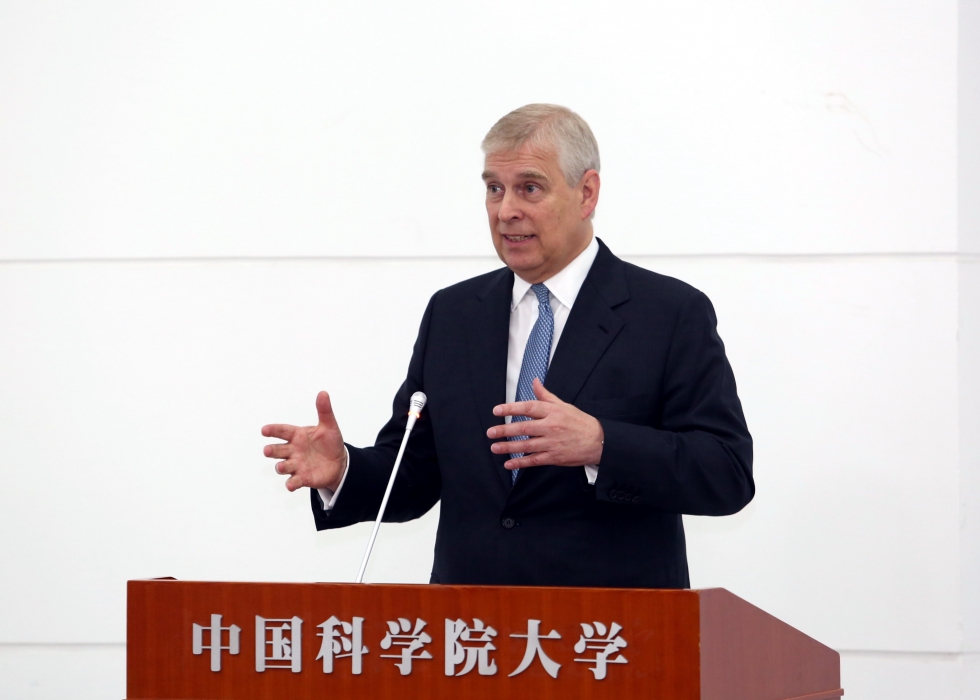 After the speech, HRH the Prince Andrew, Duke of York met with UCAS undergraduate students and shared his views on the interaction of sciences and entrepreneurship, as well as the impact of future technology on the younger generation. 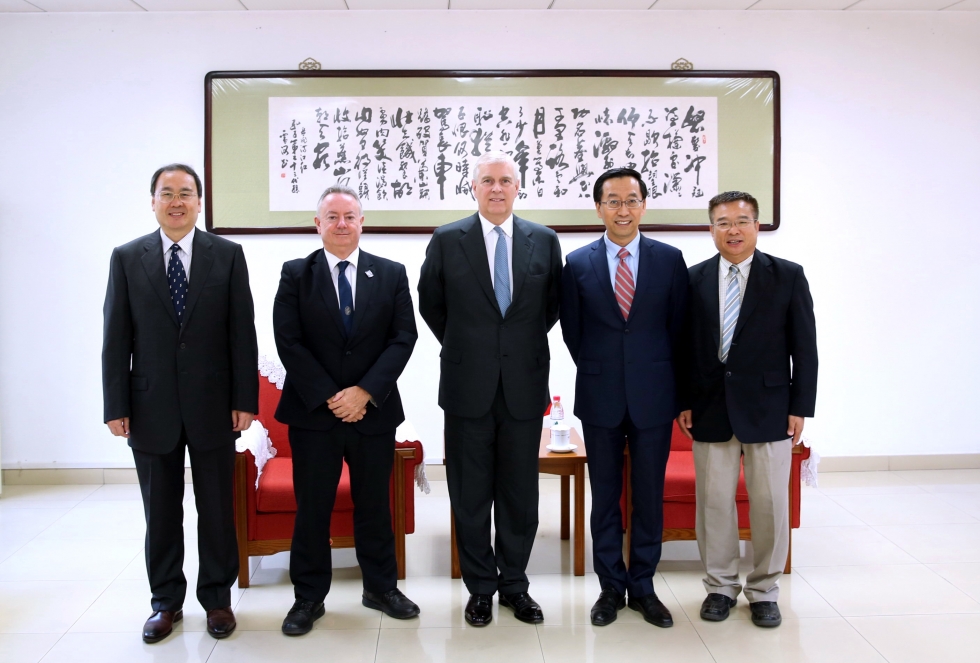