On June 15, UCAS Vice President Prof. Wu Yueliang met with a delegation from the University of Helsinki at Zhongguancun Campus. The visiting delegation was headed by University Vice President Prof. Jouko Väänänen, the university representative responsible for education and international affairs. Also in attendance were Prof. Xi Nanhua, President of the Academy of Mathematics and Systems Science (AMSS) and Dean of the School of Mathematical Science (SMS), Prof. Guo Tiande, Executive Dean of SMS, as well as Prof. Feng Qi, from AMSS and also a post professor of UCAS.

Welcoming Jouko Väänänen on his third visit within the past half year, Wu Yueliang briefly reviewed the progress on the long-standing cooperation and extensive exchange between the two universities. Both parties agreed that these endeavors have laid the foundation for further future collaboration. Wu then expressed his hope that the scientific and educational exchange programs, including the scientific forum and summer school, would be vigorously promoted.

Xi Nanhua expressed strong interest in the UCAS-UH researcher’s forum in mathematical logic. The first of its kind, the forum is planned to be held this fall in Helsinki. Xi as well agreed on developing the forum into an annual summer school for doctoral students and researchers beginning in 2019.

Jouko Väänänen was pleased to visit UCAS again and hoped that the consensus reached during former meetings could be further explored. He briefly discussed suggestions for future collaborative activities, particularly in doctoral training, between the two universities, and advised that a long-acting cooperative mechanism be built. 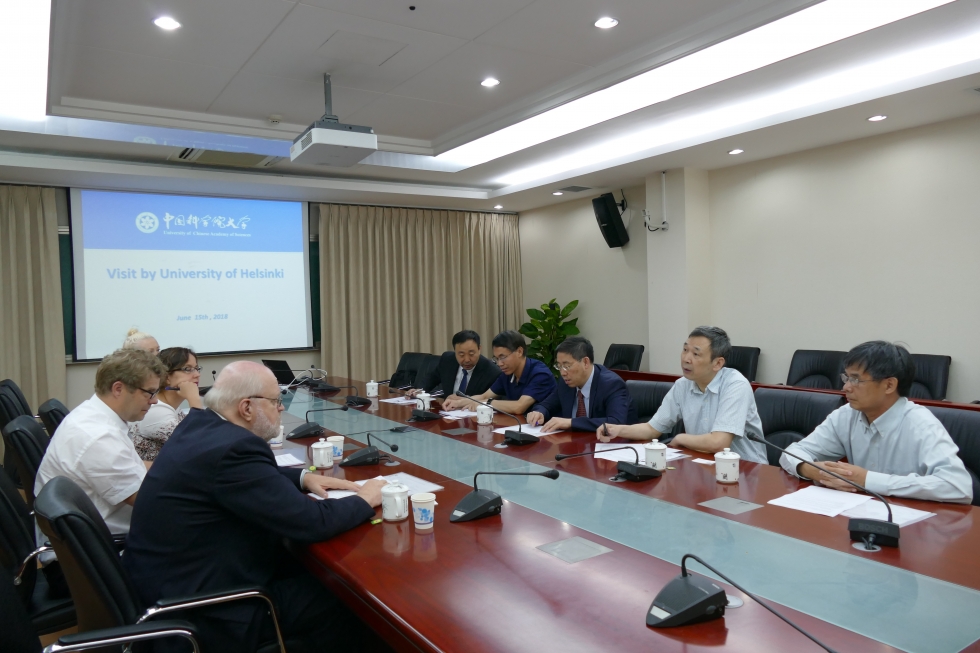 Afterwards, the two universities compared detailed notes on the forum, including participant selection based on matching research and the potential for collaboration, as well as the division of costs and workload. Both sides agreed to attempt to extend the cooperation to other universities and research institutes in China and abroad. 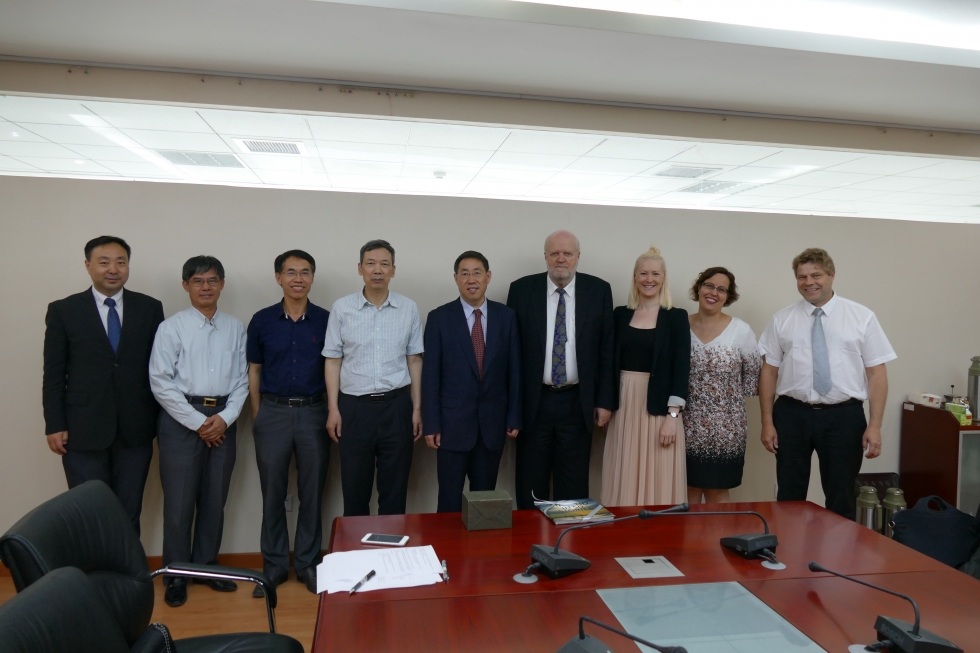