On the morning of October 24, 2018, the First Beijing-Hong Kong Universities Presidents Summit was held in the Conference Center of Beijing International Hotel. The summit is a high-level exchange event organized by the "Beijing-Hong Kong Universities Alliance" in response to Chairman Xi Jinping's important instructions on promoting Hong Kong's cooperation with the mainland in science and technology. This event is expected to help universities of both areas to play a leading role in coordinated development between the two. This Summit will be integrated into the framework of this year's “Beijing-Hong Kong Economic Cooperation Symposium”. It focuses on technological innovation, scientific research cooperation and personnel training. The participants include leaders from Beijing and the Hong Kong Education Bureau as well as scholars and leaders from some universities of the two areas. Wang Yanfen, executive vice president of UCAS, and doctoral students of School of Economics and Management attended the summit. 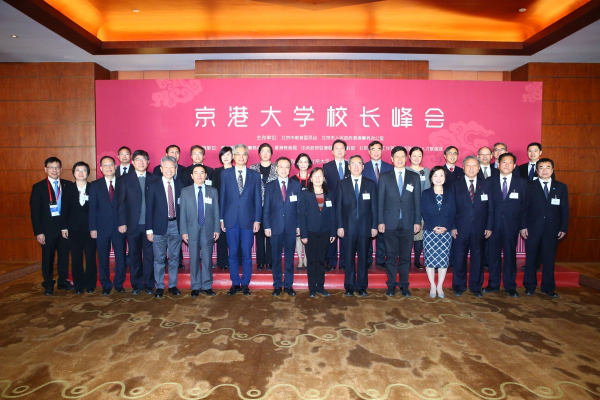 Photo of those Universities’ Presidents

Beijing-Hong Kong UniversitiesPresidents Summit was organized by the Beijing-Hong Kong University Alliance. This is the first summit.Yin Fei, the inspector of theBeijing-based Hong Kong and Macao Affairs Office, presided over the summit. Zheng Jichun, executive deputy secretary of the Beijing Municipal Commission for Education and Work, and Cai Ruolian, Secretary of the Hong Kong Education Bureau, made opening remarks on behalf of the governments of Beijing and Hong Kong respectively.The opening ceremony of the Liaison Center of the Universitiesin Beijing and Hong Kong was held.

Two thematic forums were set up at the summit, namely, "Scientific and Technological Innovation and Scientific Research Cooperation" and "Innovation, Entrepreneurship and Personnel Training ". University leaders and scholars from the two areas have conducted fruitful discussions and exchanges centering on their advantage disciplines, innovation, entrepreneurship and personnel training in conjunction with the theme of this forum.Wang Yanfen introduced the experience and characteristics of UCAS in terms of personnel training, school mission and innovation and entrepreneurship.Other leaders and scholars have also made wonderful and enthusiastic discussions.The teachers and students are also actively engaged in the whole process. 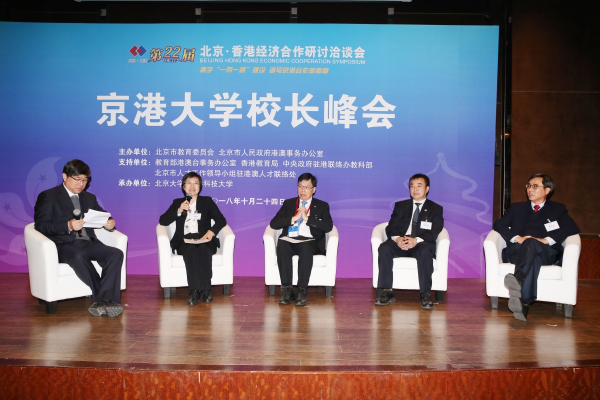 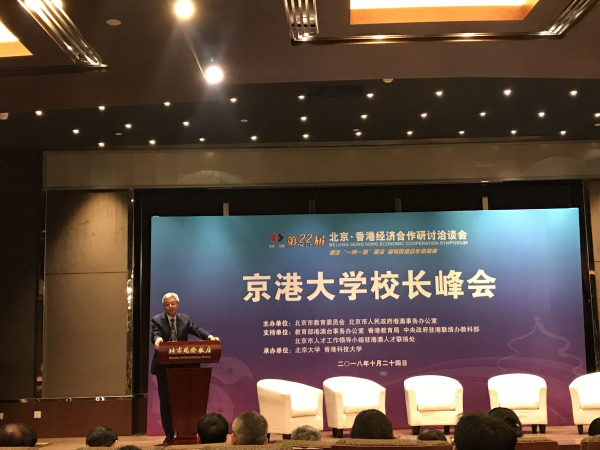 This summitprovided a more convenient exchange platform and more extensive cooperation space for the teachers and students from universities in Beijing and Hong Kong. The participants actively discussed the outstanding problems and contradictions in the current society. The leaders and scholars of universities in Beijing and Hong Kong gave unique insights from different perspectives, which benefit students greatly.With the help of the high-level exchange platform of the alliance, universities and colleges in Beijing and Hong Kong will focus on strengthening personnel training and scientific research cooperation, raising the level of higher education in these two places, and contributing more wisdom and strength to the country's reform and development and to the innovation and progress of global higher education. 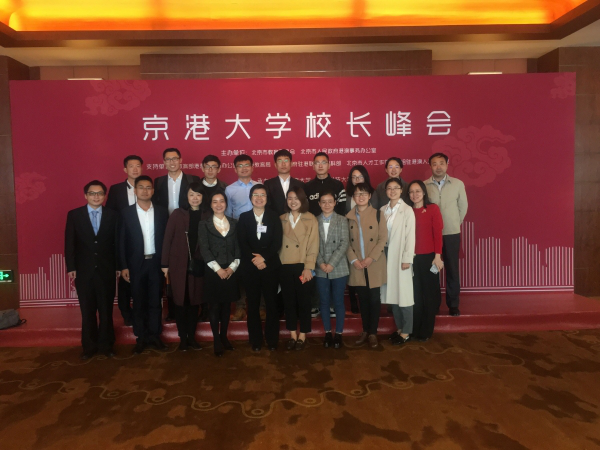 Photo of UCAS Teachers and Students

Background:Beijing-Hong Kong Universities Alliance was formally established at the Hong Kong University of Science and Technology on April 13, 2018. It is a non-profit university cooperative alliance voluntarily formed by universities in Beijing and Hong Kong.The alliance aims to bring together elite universities of the two areas so as to achieve mutual benefit and win-win results. It is committed to further deepening the exchanges and cooperation among member universities in personnel training and scientific research. It echoes national strategies such as technological innovation and the "the Belt and Road Initiative", and strives to enhance the level of cooperation between Beijing and Hong Kong.