On the afternoon of November 14, researcher Li Shaohua from the Institute of Botany of Chinese Academy of Sciences (IBCAS), was invited by the Japan Plant Factory Association (JPFA) and gave a technical lecture on plant factoryin its 125th training course. Around 120 practitioners of plant factories and enthusiasts from Japan, the United States and China participated in the lecture.

After his presentation, participants posed certain questions to the topics in the report. Li Shaohua answered their questions and exchanged ideas with them. He also expressed that San’an Sino-Science would like to cooperate with Japanese plant factories on R&D of plant factory technology and other aspects, so as to propel the sound development of plant factory industry in the world.

Open to the world, the training course of JPFAis designed to enhance the exchanges between practitioners in Japanese plant factories in order to achieve sound development of the plant factories. The San’an Sino-Scienceis the first Chinese company of plant factory invited by JPFA. Therefore, this visitis quite conducive for promoting the international influence of plant factory study in China. 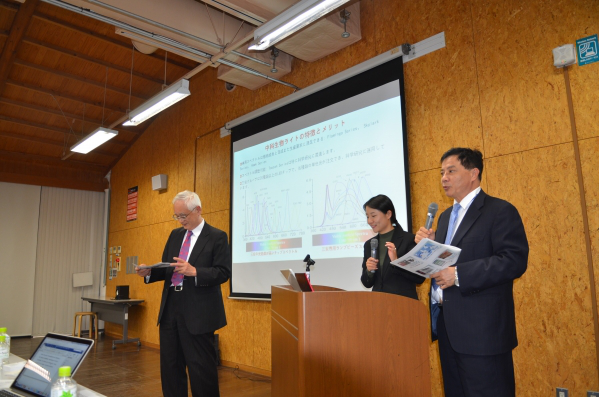