ICF 2019: a wonderful cultural event at the foot of the Great Wall

The University of Chinese Academy of Sciences (UCAS) hosted the 2019 International Cultural Festival (ICF) at Yanqihu campus on November 2nd, 2019. Teachers and students, domestic and international, presented a wonderful cultural event at the foot of the Great Wall.

Travel with a passport

Everyone who was at the ICF has this special passport. With the passport, you are qualified to travel the world and eave your footprints in 28 countries and CAS institutes by collecting unique visa stamps.

Each booth had their own introduction posters on the walls, traditional clothes, items and their local food. Tourist could take a stamp on the passport as a souvenir. However, it wasn’t that easy. Usually the stamps were the reward after visitors answered the questions correctly. For example, at the booth of the Aerospace Information Research Institute, the question was: which three institutes compose the AIR; at the booth of Kazakhstan, visitors had to tell the capital city of this country; if it was the booth of Denmark, by answering what language does the Danes speak, tourists could taste their cookies.

Usually, you would recognize foreigners in our campus as the International students. At ICF, international students put on their own traditional clothes, and showed their characteristics. Students, no matter where they come from, were chatting, eating, dancing and kicking the shuttlecock. There at ICF, everyone acclaimed for culture, friendship and happiness.

Performances of each country

ICF not only had the booths exhibition, also had the extraordinary cultural performances.

The truth is that the dance floor is everywhere. As long as the music were on, dance would follow. This cultural event was supposed to draw lines to distinct every culture so that we can learn more about each one of them, but the amazing rhythm made all of the culture an integration.

However, when we were asked about this particular question, situation changed again. “Which performance is the best?” If a Pakistani student was interviewed, he would answer that the Pakistan show was the best. And an Egyptian would tell that theirs ruled the festival. To this particular question, my answer would definitely be the Peking Opera. So we saw the epitome of the world and had this tour, then returned back to where we started, with a strong sense of recognition of our own culture. 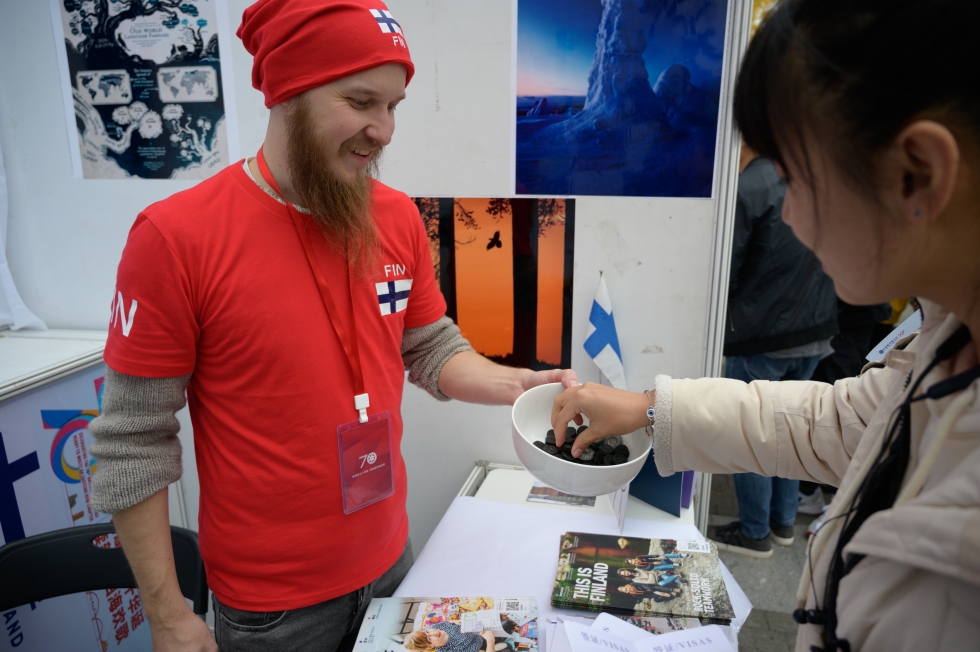