Yanfen Wang, on behalf of UCAS, extended a sincere welcome to all the representatives and congratulated the convening of the 2019 Taiji consortium meeting. In her speech, she stressed that Taiji consortium is not only an important platform for all-round and multi-disciplinary scientific cooperation among academic institutions, but also an important support for the cultivation of innovative talents in related fields. 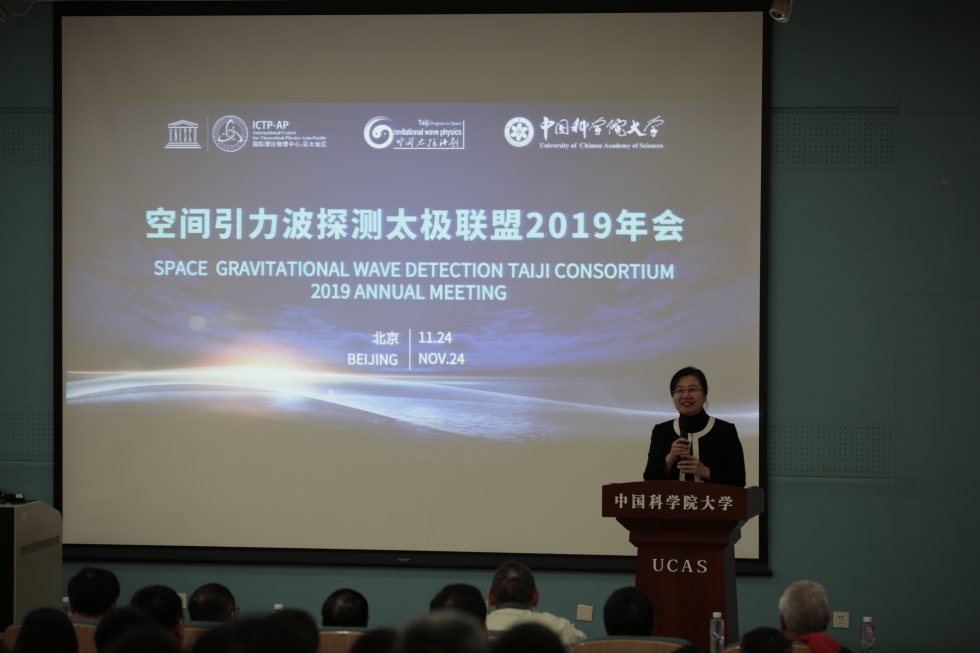 In May 2017, Taiji working group initiated and founded the ‘Taiji Consortium’ on the International Symposium on Space Gravitational Wave Detection. As an academic consortium, it brought experts in related fields together to carry out the research of gravitational wave space exploration.

Taiji-01, the first satellite of Taiji programme, successfully launched into orbit on 31 August, 2019. This means that the first step of the ‘three-step development’ strategy of ‘Taiji Program’ was initiated. The on-orbit test and data analysis results of Taiji-01 shows that:

The first-stage in-orbit test showed that the accuracy of displacement measurement of the laser interferometer on Taiji-01 could reach a 100-picometer order of magnitude, equivalent to the size of an atom.

The accuracy of the gravitational reference sensor on the satellite reached ten billionths of the magnitude of the earth's gravitational acceleration, equivalent to the acceleration produced by an ant pushing the Taiji-01 satellite.

The thrust resolution of the micro-thruster on the satellite reached a scale equivalent to one-ten thousandth of the weight of a sesame grain.

As the chief scientist of Taiji programme, professor Yueliang Wu, vice-president of UCAS, director of ICTP-AP, made a scientific interpretation of gravitational wave detection, and reported the progress of the orbit test of Taiji-01. 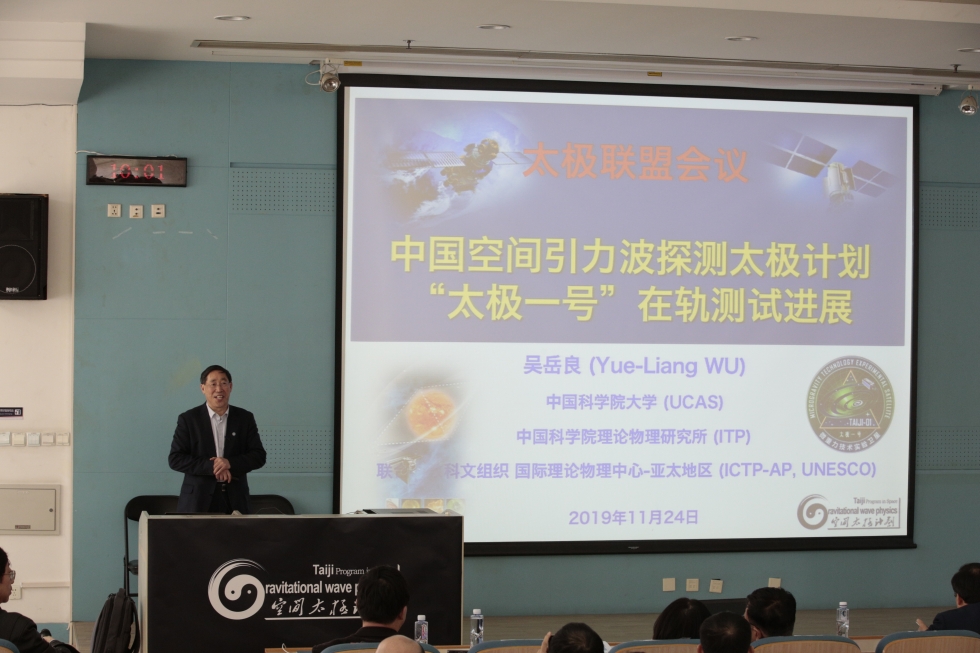 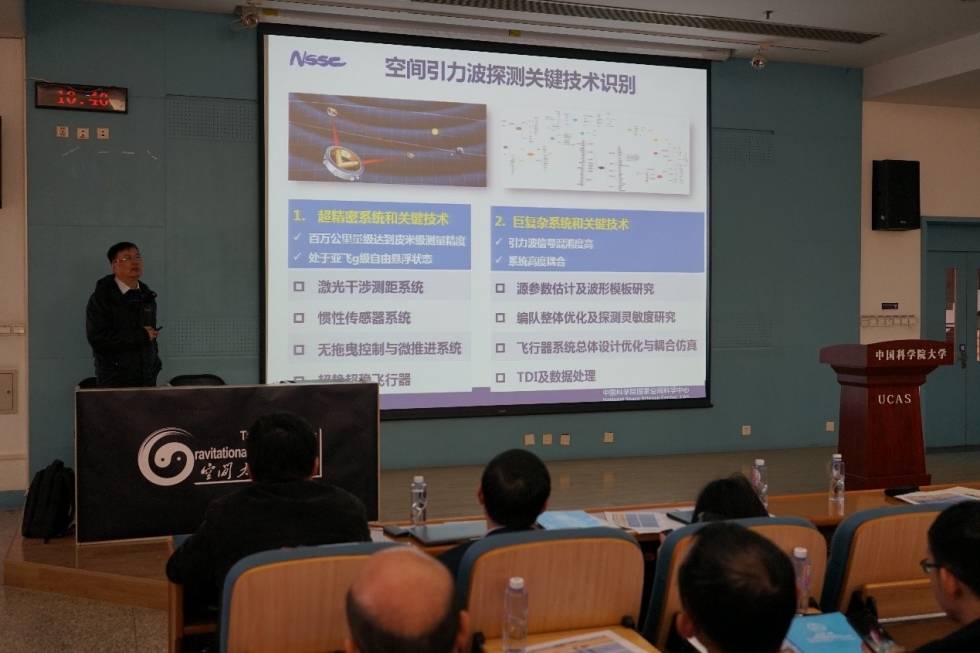 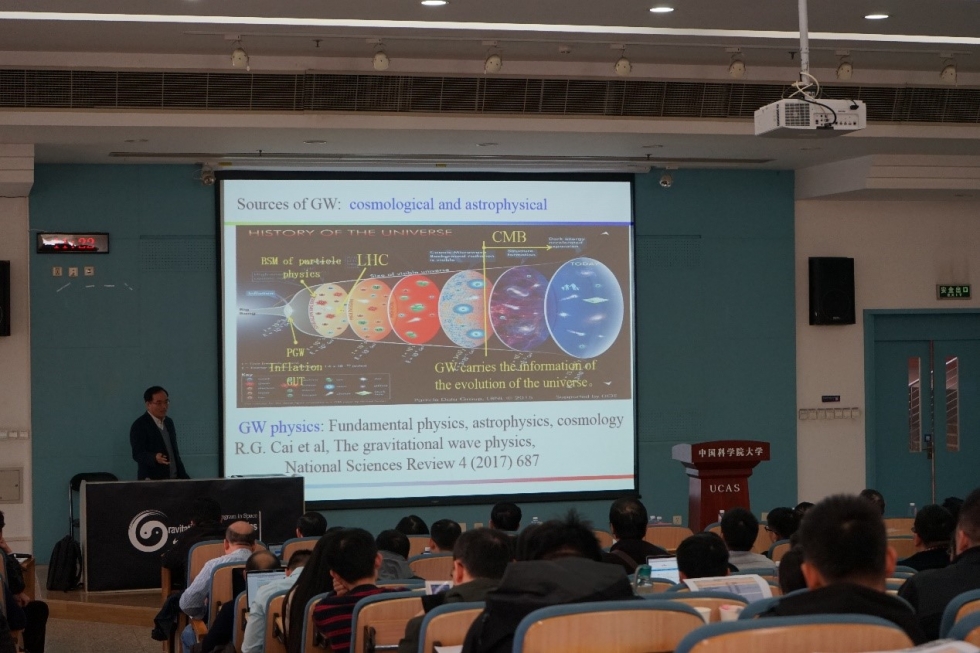 Professor Weidou Ni from the National Astronomical Observatories CAS introduced his views on the future planning of the world's gravitational wave exploration and the discussion of the Taiji space gravitational wave detection mission. 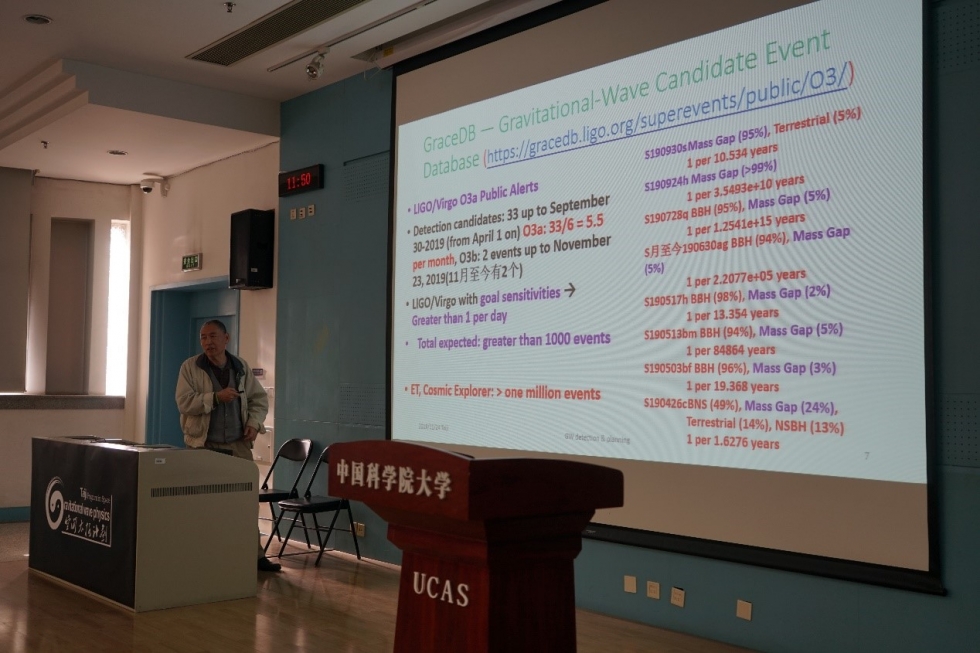 32 experts and scholars from 21 scientific institutions made academic reports on the relevant research of Taiji programme. This annual meeting provides a platform for cooperation and communication among members of Taiji consortium. It promotes in-depth exploration of scientific connotation and improve the influence of Taiji plan. Moreover, it also promotes the interdisciplinary integration and the achievement of China's goal of space gravitational wave detection.