BEIJING, Sept. 1 (Xinhua) -- A book on China's rare and endangered plants has been published, according to the Chinese Academy of Sciences (CAS).

The book, Conservation and Reintroduction of Rare and Endangered Plants in China, was published in English by Springer and was compiled by researchers from the South China Botanical Garden under the CAS.

The book covers vegetation and plant diversity, in situ and ex situ conservation as well as plant reintroduction in China. It also includes case studies on the reintroduction of 14 species of rare and endangered plants.

It is one in a series of publications set to showcase China's achievements in biodiversity conservation during the 15th Conference of the Parties (COP15) of the Convention on Biological Diversity. 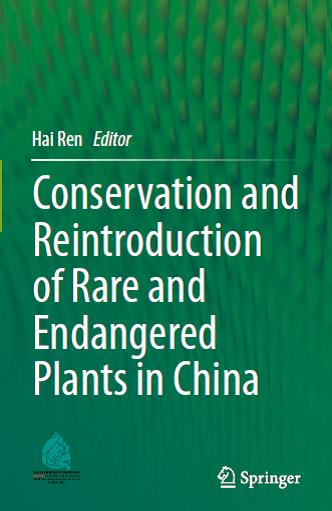 △The cover of Conservation and Reintroduction of Rare and Endangered Plants in China. (Image by SCBG)